Fracking Hell and Other Apocalypses - The Energy Story 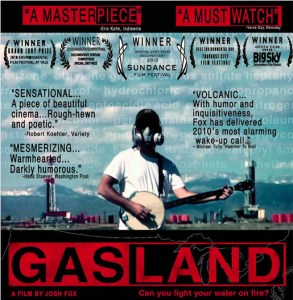 Go, go, go, said the bird: human kind
Cannot bear very much reality.
Time past and time future
What might have been and what has been
Point to one end, which is always present.
(from Burnt Norton, Four Quartets by T.S. Eliot)
In Kensington Gardens there stands a statue: it’s called Physical Energy and throughout my childhood it acted as a marker for all journeys in the park. We’ll go to Physical Energy and back. The granite statue depicted a man on a horse looking toward an imaginary future. He seemed, from my small perspective, vast and strangely remote. Did he, I wonder, foresee what we now see, as he gazed implacably across the Serpentine?

Our culture is entirely underpinned by physical energy. Each one of us has the power of a hundred horses underneath us, at our fingertips, as we race through the land, across the world wide web. We think nothing of it as we click and switch and yet there it is invisibly pumping through the pipes in our houses and public buildings, heating and cooling, crackling through the lines: electricity, oil and gas. On and off, 24/7. Where does that power come from? The banking system invisibly debits our accounts and we don’t think about it much. Sometimes we might see a news flash about an oil spill, or a nuclear explosion, or campaigners talking about coal-fired power stations, but to connect those dramatic images with what is going on in our ordinary domestic lives seems not only hard, but undesirable. We don’t want to. There are better and more fun images to look at, and a story we love to hear again and again. We Can Have What We Want Anytime.

And yet if we are to avoid the kind of disaster scenarios predicted by climate change scientists, environmentalists and First Nations we are really going to have to make those connections and fast. As Rob Hopkins pointed out in his recent review of the documentary Gasland, we are entering the second part of the oil age - the societal scraping of the barrel. This will entail the kinds of violent resource drillings and mining thousands of us are protesting against: gas fracking, coal-fired power stations, nuclear power-stations, mountain-top removal, tar sands, Arctic oil-drilling, bio-fuels, the decimation of thousands of eco-systems, the homelands of indigenous peoples, pristine wilderness, wild creatures, birds, ancient forest. All of them decimated in the hands of a vast and remote culture that is violent in its refusal to change its ways.

To reverse this scenario, we’re going to have to get our minds around powerdown really, really quickly. 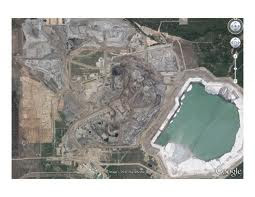 The powerdown story however is hard to tell, partly because it has no precedent but also because the anti-story to We Can Have What We Want Anytime is The End of the World Is Nigh. If I can't be king of the castle I'll smash the castle. We are the inheritors of People of the Book. And whether we believe in Second Comings or not, apocalypse in embedded into our culture and into our imaginations. If we’re not creating, we're destroying. Oh, my great-grandchildren will have to deal with that! people remark blithely, the earth will get rid of us, or they get that scary Rapture look and rub their hands gleefully at the thought of a total systems collapse.

I am not, by nature, an Endtimer. I'm not into bring-it-all-down, come-the-revolution, oh, 2012 is next year, great! I don’t want to escape into the fourth dimension, or be lifted off planet. I’m not in a rush to die violently. I long passionately for radical change, but have read enough history to know that in revolutions writers are the first people to board the train to the gulag. And I have weathered enough small apocalypses in my own life to know I don’t want to live through any on a giant scale.

In my own experience people can swing two ways in extremity: wake up or cut out, become extraordinary or turn into monsters and zombies. In 2007 a policeman trained in disaster management swung by my house and spelled out exactly what the monster scenario might mean in the UK. Does anyone want to experience what the Japanese are going through? I don’t want to have to abandon my home, or my cat or any of my neighbours, or the old people in the retirement home at the end of the road to their fate. I don't want all the trees in my neighbourhood cut for fuel. I love this earthly life as it is. And I am happy to lose those mechanical horses the industrial revolution bequeathed me to keep it that way.

How else to describe this than as a form of mass insanity? Just when we know we need to be learning to live on the surface of our planet, off the power of sun, wind and waves, we are frantically digging to get at the dirtiest, highest-emitting stuff imaginable. This is where our story of endless growth has taken us, to this black hole at the center of my country — a place of such planetary pain that, like the BP gusher, one can only stand to look at it for so long. As Jared Diamond and others have shown us, this is how civilizations commit suicide, by slamming their foot on the accelerator at the exact moment when they should be putting on the brakes (from TEDwomen talk by Naomi Klein)

The correct response to a looming disaster is to try and prevent it happening. To be inventive and find ways to reconfigure how we do things. However most of us are not listening and responding. Part of the problem is that we escape into our minds to avoid facing reality. We’re not looking ahead and seeing the big picture, we’re carrying on as if everything is going to be the same. And in that desire, we’re wrecking the very lifeforms that keep us alive. 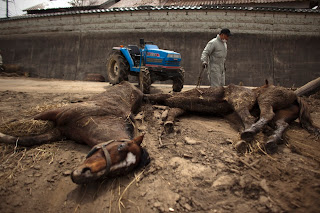 I’m not a builder or a craftsman or any kind of technician. I don’t wield any kind of political or scientific or community influence. So my only real response to these issues is be as a journeyman writer. When I joined Transition I didn’t join the Energy group, I joined the Communications group. There are many brilliant perspicacious and informative writers on blogs such as the Energy Bulletin and The Oil Drum who are far smarter on peak energy than me, who can tell you everything you need to know about nuclear waste, shale gas, oil drilling, carbon capture.

What I know is how to downshift. And I know about stories, how they affect us energetically: those spin stories that take hold of our self-deluding minds and the other kinds of narrative that speak directly to our heart’s intelligence, to our innate sense of fair play, that give us the courage to face the consequences of our actions. We are ruled in our granite minds - the unkind left-brain mind that can dismiss life in a sentence and welcome The End, that jumps to a scenario it thinks it can control. But it’s our warm-blooded hearts that connect with all our relations on earth, that feel for the Japanese people and the Canadian trees and the Siberian reindeer, even though they are thousands of miles away in places we will never visit now. It’s our hearts that can face reality and make the decision to live differently.

One person who perceives directly with an unwavering gaze. with a staunch heart, breaks a small spell in a small circle, a hundred looking at the big picture and acting in every which way they can widens that circle. Everyone paying attention means millions of people focusing on the same dilemma at the same time. Millions of solutions appearing, as opposed to millions burying their heads in tar sands. 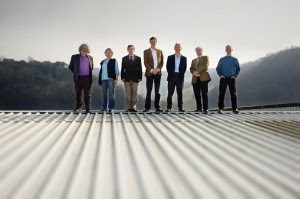 There are myriad energy projects in Transition, ranging from the recent workshop on Tar Sands organised by Transition Heathrow, to draught-busting workshops by Transition Belsize. Some of the current Transition energy projects are listed in the Network website. Most focus on energy conservation but there are also community renewable energy initiatives. Perhaps the most exciting of these is the Solar Power Station, set up by Transition Lewes, which is being launched today (read Adrienne Campbell’s excellent defence of solar power, Solar So Good on her blog, 1oo Monkeys). Local East Anglian projects include Transition Ipswich's community wind turbine, Transition Cambridge’s wind-turbine construction workshops and bulk-buying loft insulation schemes (Framlingham and Otley).

Creating an Energy Descent Action Plan was the main goal of the original Transition 12 steps, and, like many initiatives, Transition Norwich's EDAP (renamed Resilience Plan) became the primary focus for most of the theme groups that formed after the Unleashing in 2008. Energy reduction has been a key driver both within the innovative Transition Circles and Carbon Conversations. TN also took part in a Solar Panel Scheme organised by SolarCentury.

At the end of 2009 the Energy and Buildings group ran an Energy Audit, principally lighting at night, of public buildings in Norwich, that was televised by BBC Look East. This year the project is about to be revived in a new form. Chris Hull reports:

"The Carbon Trust did a report into business energy waste and efficiency, December last year. Based on a survey over a 3 year period and analysing 1000 companies, they came up with a figure of U.K. firms wasting about £1.6 billion a year on energy.
The Carbon Trust also found that the Finance Directors of large companies underestimated the financial return of investing in energy efficiency by as much as 30%. Our idea for 'Citizens Energy Watch' is to invite people to note and record where they witness energy waste - for instance lights in office blocks, car forecourts, and shops being left on late at night, 'patio heaters' on the outside of cafes, etc. - and let us know via a specific webpage. We would then work with companies to encourage them to reduce their waste and their cost, and mention the companies by name who succeed." 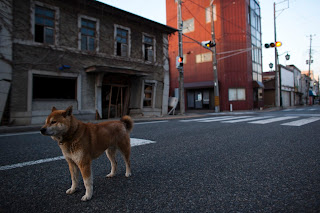 Poster for Gasland; Tar sands extraction in Alberta; A Japanese man looks down at two dead horses within the exclusion zone, 20 km from the Fukushima plant on April 7 in Minamisoma (Athit Perawongmetha); Solar Community Power team, Transition Lewes; A homeless dog wanders the streets of the exclusion zone in Futuba Town, approximately five km away from the Fukushima Nuclear Power Plant.
Posted by Charlotte Du Cann at 08:47