ARCHIVE: we don't need no education 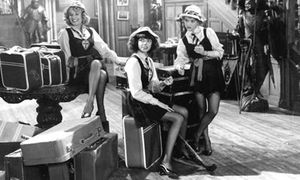 What a difference a year makes! Last Autumn I was writing posts once or twice a week, deeply embedded in the Transition movement. The summer was cold and dark, noisy with jubilee and sporting glory. But as I head down to the sea on lovely day in a quieter year, I realise some things don't change, and nor does my loyalty or my creative attention to them. Here is one of the last blogs I wrote for the Social Reporting Project on a week focused on education. Extraordinary how new directions emerge in your writing before you have even thought about them . . .

"But Mr Biddlecombe what is god?" It's 1972, Felixstowe, Suffolk. I'm wearing a gym slip several inches too short according to the music mistress (Du Cann there are male members of the orchestra!) and I've just discovered existentialism. Julia Weatherly and I are the only atheists in a religious school and we have found our intellectual edge. Rev Biddlecombe runs the chapel where I sing in the choir and is attempting to teach us theology. I am giving him a hard time because that's what you do when you are fifteen and running up against authority and the big questions in life.

I know he won't be able to answer, and that no teacher can. The question is not there in search of an answer, it is there to challenge the boundaries of a prescribed world.We live in a world governed by education - a small mean god we worship, even without realising our faith. It schools us in the rational mind and teaches us to look at the earth through the heartless and acquisitive eyes of Empire. Depending on what kind of house we are born into we go to school to be shaped by the requirements of our hierarchical culture: to be turned into obedient factory or cannon fodder, to fill in forms, or to arrogantly rule the world.

But no matter what school we attend, all of us are programmed to see life in geometric squares, truth as scientific facts, the earth as property, our nation's history as the rightful conquest of Western civilisation. We are taught that control of the mind is always more important than real-life experience. Some of us are broken by our establishments - bullied, humiliated and made miserable, labelled as difficult or deficient in some way. Some of us become haughty and power-hungry.

Howevwe some of us find ways to thwart the hold this god has on our imagination and our liberty. When I am fifteen I devour philosophy and literature in the bathrooms at night and start to keep a journal. I have decided to become a writer, which means I will be the one in the room asking awkward questions, bringing the mythos into play, challenging conformity at every turn. I am learning no one will ever love me for it - but I'm going to do it anyway. If only to hold open a door. 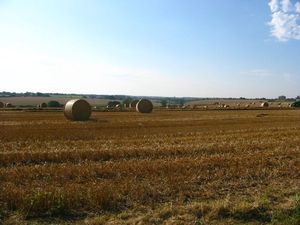 "But the sea is also beautiful!" It's 2012, Stowmarket, Suffolk. I am sitting at question time at the What if . . . the sea keeps rising? event, chaired by Andrew Simms from nef. Everyone on the panel has given a slick and scientific low-down on climate change and the way it will alter our coastlines as the Arctic melts and the waters cover the earth. The sentence floats uneasily among the rigid facts and figures, among the agricultural tools of the c14th barn, signalling another route we could take - except that The Problem about Transition has just risen among the sea of heads. The Problem at question time is usually three-fold: 1) Transition is too middle class 2) what are you going to do about population? and 3) where are all the young people and We Have to Take Transition into the Schools!

I am no longer fifteen. I have learned to bite my tongue and not take the bait. I've been working within the Transition movement for four years now and know all these "questions" are memes, manifestations of the annoying defense system of the left-brain, and none of the people who utter them intend to act on their words, or indeed join an initiative. 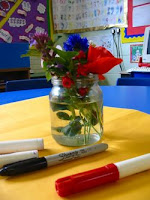 The Transition model is big on education. Its tools and ingredients favour an academic approach: measurement, graphs, stats, mindmaps, flipcharts, trainings. In 2009 the UEA published a survey about Transition Norwich (from its mailing list) that received more attention than anything the actual Tranistioners were doing on the ground. Students and researchers have often observed our grassroots activity, as if they were in charge or separated from the meetings and projects, like anthropologists making notes on an interesting rainforest tribe. In spite of our emphasis on reskilling, learning practical stuff and giving it value, the abstract theories of the mind world are considered superior to physical experience, and for sure anything that smacks of creativity or the unquantifiable stuff of the right hemisphere.

This is not to knock learning here. But to bring attention to the limits of a logos-biased world and to question the effectiveness of such a model. Our ability to look at reality is severely hampered by our education. Our institutionalisation makes us obedient and perverse in ways that hamper our ability to act decisively. Trained to be commanded, we are waiting to be told what to do (mostly by people we are taught to think of as our responsible "superiors"). We think that if children understand climate change, everything will be sorted and we won't have to change ourselves. We don't see that the mindset that enables governments and corporations to engineer reality, the systems that makes people disassociated, hostile to one another, controlling, scornful of life, have its roots in the classroom and playground. 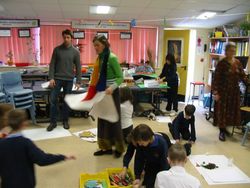 We don't see that this system will resist the kinds of changes we really need to make, because it is designed to uphold the industrialised world (as Charles Eisenstein points out). I have taken Transition into schools (to give classes on Reconnection with Nature and Peak Oil in Norwich and honeybees in Bungay) and was shocked by its soul-destroying architecture and atmosphere of repression. The children were raucous, lively, friendly and also disturbing. They got Peak Oil and creation myths and pollination in a trice, and listened more-or-less quietly to the tales about the future Transition Cambridge brought with them, and happily tuned in to the spirit of the beehive. Then the bell went, and so probably did everything we said. Theatre and stories are for fun. Back to the curriculum tomorrow! 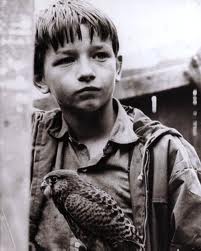 POSTCARD FROM THE SUNRISE COAST

The sea is also beautiful, and I am still a non-believer. It's the end of the summer and the newspapers are full of smug-looking schoolboys jumping into the air with their triple A results. I am not going back to school, but I can feel the season turning. Geese are coming in from Siberia in the mornings, and the evening light is turning tawny. Everywhere the fields lie bare and gold after the harvests. Floating in the deep swell, I can feel the temperature of the water dip. After six weeks the Social Reporters are returning from their summer break to a full-on autumn term. We're genning up for the Conference, looking ahead, filling in the rota. This is my last postcard from the Sunrise Coast.

No one taught me to love this old North Sea. It was there all the time when I was reading Sartre in the small hours at my boarding school, and now it is here: still mysterious, moving, unquantifiable. No one taught me to love the moon that shone through the bathroom window as I turned the pages, or my friends sleeping in the dormitory, or the feeling of being able to write about my own life, to make meaning of everything, to be autonomous and not bow down to authority.

I don't remember those lessons I learned during the day - cosines, dates, or Latin declensions. But I do remember this sea. How it changes every day, the light, its mood, the shape of the waves. How it feels when you are there, immersed in the elements, alone with the wind and sky, or alongside your fellows, as the cormorant or the seal pass by. And it feels to me that the greatest lesson we ever learn comes directly from the planet we are now trying to "save", and that if we held our love of this place and all its creatures as the basis for all our knowledge, how differently the world would look. How differently we would speak with one other, with our initiatives, with all our relations. 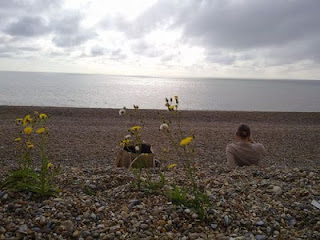