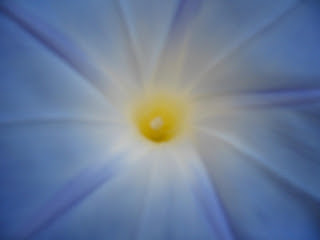 It’s the dawn of another day. Small creatures have stopped prowling around my tent. The stars are fading from the immense night sky. Like an alphabet I almost recognise the letters of the constellations are disappearing one by one leaving only rusty Mars as an umlaut below a high waning moon. The cockerels are shouting from the nearby farmhouses, the ducks calling to each other amongst the marsh reeds, Wake up! Wake up! Owls hooting in the oak trees. Pheasants arguing in the copse. The faint sound of the sea in the distance. Ah, you might say, a small paradise! And yes where I live, a brick cottage down a coastal lane, it is in some respects. But at the edges, as I lie snug under a heavy crimson quilt, listening to another day begin, I can also hear the faint hum of lorries thundering down the A12, on the distance there are oil tankers strung like a necklace along the horizon, and those flecked and golden pheasants will soon be shot by men who pay up to £1000 per day to satisfy their ancient bloodlust. Once I would not have noticed these things, my eyes set firmly on the beauty of the earth, or in the meaning and significance of this mysterious life, but now I’m in the reality business, I’m in Transition, and I can’t ignore them anymore.


When we began this blog last month I wanted to hear about what it’s really like for people to live through Transition, and for us to keep some kind of record. And when I read of John Heaser’s pride in his woodpile, of Jon Curran’s delight gleaning chestnuts with his family in the woods, or of Tully’s anger taking his children to the city fireworks, those experiences stir my heart and make me feel it’s all worth it. Reality is hard to come by in an I-pod, me-only world. It’s so easy to get grandiose, sitting at our computers like the Wizard of Oz, issuing big corporate statements about peak oil and politicians, wearing spiritual cliches like Eygptian priestly robes (We are All One! The Power of Now! Be the change!) doing the great marketing spin on our lives. But actually what turns everything around is the treasuring of our small and roughly-hewn humanity. Feeling and thinking deeply about ourselves and our fellows. Paying attention to the details.The fact that we are who we are together, engaged in an almost impossible task: downshifting from the great pleasuredome of the Western World.

This blog is about the small things. Small paradises, small moves, small moments of affection and respect between people hard-pressed on all sides. This week I want to write about some of those moments and some of those people. It’s a busy week. Tonight I’m going to a Stranger’s Circle meeting, one of our neighbourhood Transition Circles, out in the hinterland at Naomi’s house in Mangreen. On Wednesday I’m visiting the TN Allotment with Jane, reorganising the website with Andy and manning the TN stall with Christine at the Climate Emergency Talks. At the end of the week I’m helping co-ordinate the Second Transition East Regional Gathering , when 27 initiatives will be converging on the market town of Diss to talk about the future. Stay tuned!

Morning Glory in the conservatory by Mark
Posted by Charlotte Du Cann at 16:13