This is a picture Mark took of my brother Matthew and his girlfriend Karen Binns and me, standing outside an English teashop in Greenwich Village. The year is 1992. I’ve been spending the winter in New York and we’re just about to take the train up to Chicago and down through the snowy wastes of the Mid-West to Santa Fe - where we'll meet Jamie Sams who will utter the immortal words:

Denial is not a river in Egypt.

It’s the first time I've come across the word. It’s not the first time I’ve come across denial of course. That’s why I’m starting with this picture from way back: because Karen, part Native American like Jamie, had a way of speaking that came directly from the heart and shook you to the core. At a farewell dinner before I broke away from my old London life, my family was chattering away in the restaurant as if nothing was happening. That’s when Karen said:

“They’re not listening. She’s out of here!”

Denial is the response to things that are happening to us we don’t like, can’t face or deal with. Our minds blank them: we minimise or project them away from ourselves. We might acknowledge the words, but not the feeling reality. This is a psychological denial. A cornerstone of childhood and addiction therapy, of 12 step programmes. Family stuff, personal stuff.

When Jamie Sams talked about denial it was within the context of the new age, during the 90s when it was widely believed that American-style inner work would turn the world around. Denial was a word bandied about like “judgement” and “transformation” and for a long time during those travelling years, I thought it signalled a wilful kind of refusal to “deal with your stuff”.

But that’s not really the reason why the people I had spent the first 36 years of my life with fell away. When I joined Transition I came to realise that denial is intricately built into our culture and that it’s social and political as much as psychological. (“People like us don’t leave the country and explore themselves”). We’re blinkered from birth by our upbringing and our education to fit what class and creed we come from and to uphold the status quo. In order for those artificial systems to work we need to dismiss a lot of contradictory evidence. Most of all we have to deny and minimise the suffering that entails. Our own humanity and the world of feeling creatures we live among.

The reason denial is a deadly resistance for Transition is that in order to shift from “oil dependency to local resilience” we need to unravel our conditioning and see the colossal difficulty we’re faced with: our home planet entering an emergency state. This is no easy matter. Our culture denies the consequences of History, of capitalism, of industrialisation at every turn. We deny the effects of our consumerism every time we shop. We leave out information, jump facts and distract ourselves with fantasies and pleasures, including the kind of spirituality that has told us that a global “shift in consciousness” is something that happens on its own keep doing the yoga. As a result we literally don’t see what is in front of our eyes. We are elsewhere in our minds.

The fact is we are all part of an empire that has been exploiting nature and other peoples for millennia and we’re facing the consequences of that domination. In order to act, we need to see, and in order to see our superior, escapist, know-it-all minds will have to cede to the kinder authority of our hearts.

The heart, unlike the mind, is infinitely flexible and can cope with many facts at once. It can cohere experience and join up the dots. It can cope with not-knowing, with letting go, with suffering, with the poignancy of leaving people and places. It is naturally empathic with other life-forms. What it needs, however, is time. It’s suppressed by a busy-busy culture that deliberately goes way too fast for its slower, more organic intelligence. And that’s the real shift as I see it. From being a mind-controlled people to heart-governed people who use their minds for what they are supposed to be used for: tools to expand consciousness. 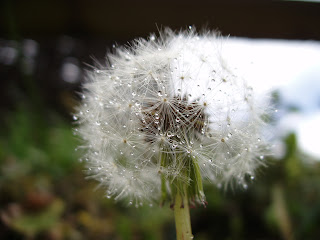 Transition gives us a frame in which to switch tracks. It gives us a chance to undergo change and explore unknown territory, so long as we engage in it on a real and radical level. If we do the 12 steps and don’t think of it as another environmental pressure group, or in terms of our own vested interests. Or that life is going to continue in the same way, just with solar panels and bicycles. If we don’t deny the people in the room, our comrades in Transition. If we have the courage to feel everything that we have left out and take responsibility (that’s real responsibility, not guilt!) and drop everything we don’t need (yes that’s us, not them!), then something extraordinary might happen on this planet we call earth. Something all our relations have been waiting for. For a very, very long time.