My Inconvenient Life (without a Car) 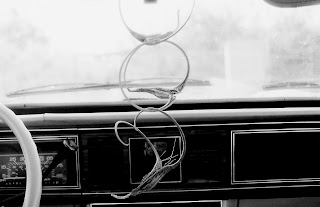 First the exhaust fell off and Mark tried to tape it back Mexican-style. Then we took the car down to the garage. Carl welded it and Chris gave us one of his laconic predictions: OK for short journeys. But we knew - as you always Just Know- that it was a Sign. We drove gingerly down the bumpy icy lanes and started to do complicated arithmetic with bus timetables. In a full-on blizzard we skated off the road at night into a ditch. That was another one.

Then, out of the blue Daphne, a fellow Transtioner said: you can have my old car. A reprieve! Another Vauxhall, and a diesel, so we could try out the fuel from our Sustainable Bungay bio-diesel project in the Spring! We were exultant. Two weeks later it refused to start. The alternator had gone. And Chris gave us another of those looks and a list of other unforeseen horrors to do with camshafts and brake pipes. Oh God, here it is: The Total No-Car Situation.

If you’re reading this in the city you’re probably thinking, what’s the big deal? But in rural England, right now, not having a car has consequences. We can walk to the local town (35 minutes) but that ancien regime, non-organic seatown is not where our social life is, or Transition, or most of our food. And since the cuts the buses have rocketed in price (£3.20 for the same journey) and the services drastically reduced. I cycle to collect our veg box (20 miles), Mark walks out and meets everyone in the lane. We are getting fit and back in touch with the neighbourhood, with the elements, after a long secluded winter . .

But how are we going to get to Bungay? Our 30 minute car journey suddenly turns into a two-bus, two and a half hour one. £5 becomes £12. And there are no buses back. Our Norwich journey at least has one night bus (at 11.15pm) from Lowestoft train station. You see, life shrinks. You don’t have that freedom anymore to go where you want. And that’s why, though the petrol prices have reached a record high, people hold on desperately to cars.

But something else happens. It really does. I found that out in the first post I wrote about Car-Free Day and found myself canoing down the River Waveney under the stars at Autumn Equinox. You can stay the night with us, said Nick and Josiah and Elinor and Gemma and Daphne. After Green Drinks, Margaret drove us home, Rita and Kate picked us up to go the Lowestoft Anti-Cuts meeting, and Lesley gave us a lift to the Core group meeting. Come in for a cup of tea, a glass of wine, supper, we said. We found ourselves talking and laughing, getting to know each other in a way that isn’t always possible in our Transition events or meetings in the library or the pub. 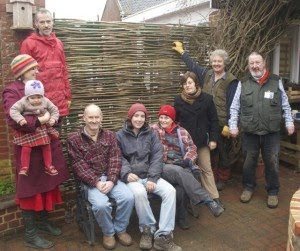 That's a question I used to ask people when they wanted to connect with flowers or with their dreams, in the days when I taught such things. There was this big struggle inside as the desire to have it My Way ceded to the kind of openness required to tap into the multi-dimensional nature of the earth and ourselves. You can’t see the earth as it really is with your dualistic rational mind. You can only see it with your heart, when you are immersed in the fabric of life and allow self-organisation to happen. When you risk and let go. You think generosity comes from the giver, but actually it comes from the receiver. It comes when you work within an open system, rather than a closed system over which you have Total Control, steering wheel and gear stick in your hands.

We’re not taught relationship. We’re taught to live in isolated bubbles and to escape into our minds. We sit in circles and share ideas about community and support, but we’re mostly talking to ourselves, in separation, as cycles of inconsolable grief and terror go into replay in our emotional bodies. I found out in our old flower and dream work that people like to be in control of the earth they are saving, in the same way lovers like to be in control of who they are loving. To manage and design every situation. Not because we’re dictators but because we have been bullied and shamed by our upbringings to live in shut-down. Seize power or be humiliated! Take the wheel or take the bus! However you can’t control and communicate at the same time, neither with people, plants nor the planet. It’s either a one-way domination or a two-way free-will exchange. And the world we get to inhabit depends entirely on that choice.

At some point in Transition you have to become the passenger. And accept the invitation.