I got the power!

This post originally appeared on the Transition Social Reporters project on 9th February 2012 as part of the Energy week.

OK it's the eighties. I'm storming into my flat after a bad day. Someone spiked my article, my lover walked out, they ran out of ciabatta at the deli, it's been raining too many days in a row, whatever. I throw my bags on the floor, grab a vodka from the freezer and hit the music. I play it loud.The song everyone is playing on the city dancefloors this season. I'm dancing alone in my flat, like millions of other people. Frustrated, talented, energetic, stuck like a bird in a cage. The music and the alchohol fuel my veins and make me feel, for a moment, alive. I got the power!

It's thirty years later. I'm not storming any longer, or drinking vodka, or writing lifestyle pieces on beige swing macs. I'm looking at a week where the giant energy corporations have increased their mauling of the earth for oil and gas and electriity, in order that the vast global metropolis most of us live in can keep going. A week where the news is all about superfracking, nuclear power, hydro-dams, coal-fired plants. A week in which UK carbon emissions rose 3.1%, Josh Fox, the director of Gasland was arrested, and fossil fuel poverty and profits soared.

I could pick any of these monsters against which brave activists pit themselves to prevent their disastrous impact on climate and the environment. I could list the campaigns in countries throughout the world, some of which succeed and many of which do not. I could look at the projects that are setting up alternative sources of power throughout the country, the fate and fortunes of the solar industry, investigate the wind turbines that soar above the fields at Kessingland, or the community wind turbine owned by the rural villages of Cookley and Walpole. 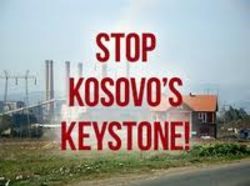 I could sing praises, and I could weep.

But this is not the subject of my post today. Because no matter how we change the sources of energy that run our homes, transport systems and keep the military-industrial complex fuelled to the max, we make these moves within an old paradigm. We want the same world we have been brought up in, just run on clean, natural stuff. A world where we can put on the kettle in the morning and feel like the good guys in Avatar. So my Transition energy story is not about any of these things. It's something that starts in that London flat with the person I once was. 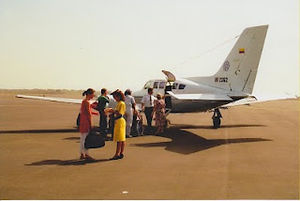 The reason Derrick Jensen once wrote that the personal does not equal the political when it comes to carbon reduction, is that big social changes necessarily come in big social forms. Small consumer acts like turning off the shower or changing the lightbulb do not challenge a system which allows private companies to suck the oil from the tar sands of Alberta and then sell it to people as “ethical oil”.

Unless, that is, you do them within another paradigm.

Personal powerdown within Transition brings a subtle force into everything you do that is hard to quantify. It means that when you talk of energy descent action plans for your community, you know what it takes on the physical and emotional levels, because you have done that descent yourself. You did not “change your behaviour” because you wanted to salve your conscience, or increase your well-being. You made those radical moves because one day you woke up and realised the storm was coming. In a culture wrapped up in a carbon bubble, in the illusion that our energy supplies will last forever, you have become a dissenter. And, as every dissenter finds within history, your push against the river bears consequences you do not always see.


Turn Out the Lights 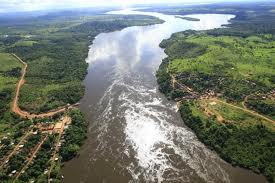 When Tully Wakeman returned from the 2008 Transition Conference in London he was fired up. He was, he said, a peak oil man up until that point, but now, looking at the three years we had to avert catastrophic climate change, he realised that other strategies needed to come into play. Upstairs at the Baptist Church fifty of us gathered and discussed what moves we could make that might inspire the city to massively reduce its carbon emissions. We started up several neighbourhood “Transition Circles” that looked at individual energy use. Although most of these circles ended after we had explored the main drivers of home energy, transport, stuff and food, they radically altered the dynamic and the direction of the initiative.

As we discussed our gas bills, car logs and shopping lists over kitchen tables, monitored meters, started up buying co-ops, we uncovered a rich seam of stories among ourselves. A narrative we were not aware of before. These tales and testaments gave our descent meaning and value and became the driving force of an innovative community blog, This Low Carbon Life. As we pledged to reduce our carbon emissions to 4 tonnes we reflected back our experiences to one another, laughed about wearing thermals and living without central heating, wrote about (not) flying, the industrial food system, waste and all the Resistances we had to change. We were invited to join Norfolk County Council’s Cimate Change Partnership. We ran Carbon Conversations at the University and the City Council, formed new incentives, like the recent Energy Lookouts! scheme. We kept our pledge.

It was personal, but it was also social. Something we broadcast to the world.


Going Down the Mountain 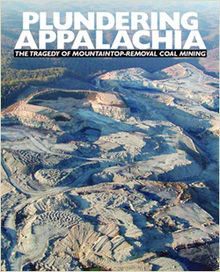 In a field in Norfolk, sitting around a campfire discussing the Circles, I embark on a Transition tussle with a new age astrologer.

The powerdown story is not a popular one. Not within the consumer culture, not within governmental or spiritual circles, all of which promise us a Shanghri-La at 21 degrees and boundless power at our fingertips.

We live with a wildly inflated sense of ourselves, in a world powered by the strength of a thousand horses. What can possibly replace that?


The Power of the Small 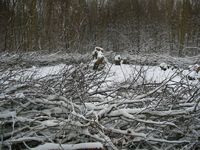 It’s thirty years later. I am walking along a cliff edge on the bitterest day of the year, The sea is roaring below me and there is no one on the beach that stretches all the way down to Sizewell Nuclear Power Station. Holding onto the hawthorns up here you can feel the wind shudder through their branches and into your body. It is an exhilarating feeling. The power of nature running through you.

One thing that I learned about powerdown. You can’t do it without the earth. It is a social move, a community move, and Transition can teach us to make those moves wherever we live. But it’s also an earth move, a reconnection that all urbanised human beings long for, even though we do not know we long for it. To live in a new paradigm we have to find a way to disentangle ourselves from the military-industrial complex within our bodies and imaginations. We have to forgo those supercharged egotistical flirtings wtih artificial power and tap into the forces of nature inside and outside ourselves.

What are we powering down for after all? Is it just to keep our lifestyles going at all costs? Or are we reconstructing a different relationship with the planet and its people?

The main reason we don’t want to know about peak oil, or the geo-political reality that fuels our radiators and petrol tanks, is that we cannot imagine a future without perpetual energy and the small pleasures it brings. A future where we are no longer in control of the switch. 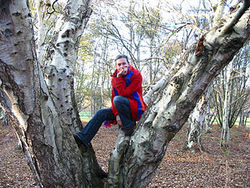 I can’t imagine it either on a big scale, but I can know it in a small way and imagine what it could be like if everyone was doing these moves together, the way we once did in our Norwich circles. How it brought us close to each other. How it still does through our communications. How your body becomes strong in a winter without heating, walking the neighbourhood, eating food that is grown without the toxins of agri-business, how your emotions no longer swing violently, your mind feels clear. When you face these realities, something breaks inside. You feel liberated, because you are not longer caught up in the illusions of power. Bird out of the cage.


You are still dancing though, thirty years on, feet on the ground, still point inside. Tapped into another kind of energy inside. Some things stay with you forever. Those moves you make on the dancing floor called earth.
Photos: in London flat, 1989; Stop Kosovo campaign the 350.0rg; Amazon river planned to be used for the Belo Monte dam; Plundering Appalacia; boarding a flight from Cartegena to Mompos, Columbia,1992; branches protecting coppiced hornbean, Suffolk; up a birch tree on local tumulus, 2011.
Posted by Charlotte Du Cann at 15:48