rita, mark, josiah (and me) too - coming together in groups #1

In the last post of our Sustainable Relationships week (and a half!) we consider perhaps the most challenging relationship of all: with our fellow Transitioners. Here are some reflections posted yesterday on the Social Reporting Project in response to The Transition Companion's first Ingredient. 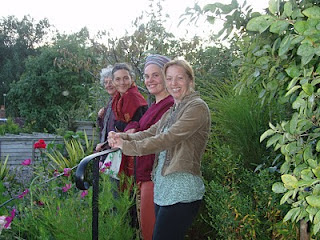 When Rob Hopkins launched the new Transition Com- panion on twitter, the question I asked in 140 characters was which of the 82 ingredients and tools did he consider the most important: "working in groups" was his reply.

Coming Together in Groups is the first ingredient in the book's storehouse; it is the essential thread that runs through the whole movement and distinguishes it in many ways. There are all manner of protest and campaign groups, political and philosophical movements and most of them are organised by small configurations of people. However in these groups the bigger picture is held to be the key unifying factor: us against them. In Transition the social fabric of the group (us) is considered priority. Because this is not an individual or a mass response to peak oil, climate change and economic recession, this is a community-led response, and learning to work in community is one of the hardest tasks we face. If we are serious about responding resiliently to the challenges of those drivers and powering down we have to learn to break out of our chronic individualism and work as a crew in dynamic and creative ways.

This is not to say Transitioners have it down. We so don't. Everyone in Transition can tell you how their respective groups or projects have formed and stormed and fallen by the wayside. How people clashed, initiatives dissolved, all manner of disaster tales. I am no exception, I have been in theme groups that fell apart, lost my temper, my cool, been foolish, been excluded from a core group, taken part in projects that did not happen in spite of everyone's talent and good intention. And I have also been in a core group for three years that has weathered the storm and prospered, and taken part in projects that have undergone radical shifts and succeeded in every way (and still do). I have sorrowed and rejoiced in equal parts, lost valuable colleagues and gained friends. And most of all, like everyone else disenfranchised and unrooted by modern society, I have found myself through these communal experiences, belonging to my neighbourhood and my native land in ways I could not have imagined.

So partly to explore this topic (in our week on Ingredients and Tools Part 1) and partly in response to Nafeez Mosaddeq Ahmed's statement (in yesterday's post) that Transition has "failed" in galvanising everyone to take part, I would like to share an insight I had when I was eleven years old. 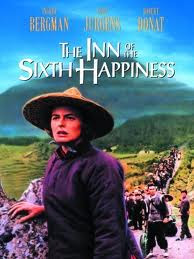 Every Saturday at school we had a film afternoon at the lecture hall. It was the big highlight of the week: sitting in the dark watching the flickering screen, seeing places I didn't know and people whose lives I would never experience. One of these was The Inn of the Sixth Happiness. It was an old-fashioned Hollywood film, cheesy in many ways, and looking at it now I would probably wince at all its imperialist and religious overtones. But there was a scene in it that has stayed with me all my life. The film depicts a true story of a maid who becomes a missionary in China during the war with Japan. At the beginning of the film Gladys (played improbably by Ingrid Bergman) works to helps break this practice of footbinding that had been imposed on women (by women) for a thousand years. A group of women look at her in silence, and then two old women step forward. She shakes her head as the pain, unleashed from decades in captivity, will be immense. Let the younger ones do it, she tells them. But the elders know that if they have the courage to go first, the rest will follow.

There are many who say our current social and environmental problems are political, caused by capitalism and a dominant global hegemony, and this is true. But we can cannot really change these larger outer structures, unless we deal with the inner ones as well. Mostly our problems are perpetuated by a kind of cultural footbinding that has been in place for thousands of years. We are broken as children and as communities: our natural relationships with the world and each other are severed and we are enmeshed in unnatural ways of behaving and relating with one another. Hierarchical, hostile, subservient to the rulers of civilisation, we play out these constrictions daily, mostly unconsciously. And no matter what the rhetoric or rules of good governance we decide between ourselves, when we come together as groups these invisible forces control us and our endeavours unless we consciously dissolve them and unbind ourselves. 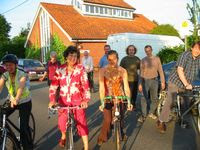 As individuals we can do this as a practice, with ourselves or within our relationships. In groups getting out of these binds is more of a challenge. Even naming them out loud is hard. We are advised in the Companion to seek outside help with the conflict that it inevitably arises, but most of us do not know the world of counselling, or want to engage in it. We feel these antagonisms between ourselves, as we come to meet: the feelings of repression or gloom. We find ourselves acting out roles that are not our own, scapegoating people or being scapegoated, taking the flack, taking too much responsibility, being excluded from communications, forming elite bands, being treated as a volunteer. Haughty, subservient, dismissive, flaky, silent, babbling, critical, self-important. Mostly we feel alone and under pressure. Me against Them.

Sometimes it feels as if the very fabric of the places we meet in - the pub, community centre or council chamber - impose their own restrictions upon our working together in harmony. As we struggle to bring in new ideas we find ourselves defaulting to the civic or feudal shapes the ancien regime has imposed on people through history. We find our fellow Transitioners disappearing into mental abstract realms or spiritual fantasy, preferring ideas to reality. Our contributions to the Bungay newsletter sound like dreary notices from the Parish magazine.

"Why are you writing like a member of the W.I?" I cry exasperated to Mark as we assemble everyone's copy. 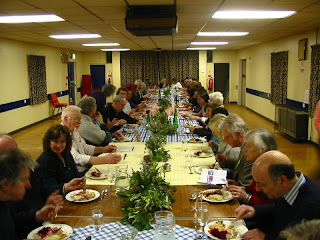 If we are lucky we like each other. If we are determined we keep meeting each other come what may, keep inventing new and creative ways to do Transition. If we are "elder" enough we take off our binds, get over ourselves, cut the slack, be unremittingly generous. If we are wise we read the excellent essay, written in the 70's about the Women's movement, The Tyranny of Structurelessness and realise that our "cages" sometimes feel comfortable to us, the only thing we can count on, and that liberation from the known is scary, often painful and always challenging.

If we are smart, we do these things ourselves first, like Ghandians, and know the consequences of freedom, before we urge anyone to do the same (or criticise them for not doing it). We show everyone what the future looks like by living it conspicuously everyday. We don't lose heart. We know that one day our small local enterprises will join up, link together and make an extraordinary map across the world. Bearing this in mind, we get on with the business at hand. 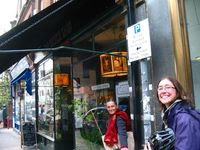 Ten tips for coming (and keeping) together as groups

keep insisting on a co-operative structure people have different roles but equality is key - value everyone, include everyone (that's you too!)

allow space and time for everything to unfold especially the tough parts - let go and hold on (that's a Zen one!)

awareness see this ingredient as the quicksilver of the social alchemy that is Transition - without this group the future you desire will not take place anytime soon, the old business-as-usual order will prevail

Like all pioneers of something new and radical we need to know we are breaking form. And that creating a new infrastructure - from local food systems to alternative media - is hard work, but that endurance furthers. Every time.

Wishing everyone the best in all your groups wherever you are. Come together, right now!

Coming Together as Groups is the first ingredient of The Transition Companion by Rob Hopkins (Green Books). All ingredients are available on-line as resources and also as playing cards.