Bird Singing in the Dark 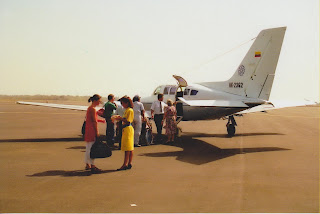 I discovered so much of who I am,
Sitting in deserts in the sand,
Nothing and no-one to get in the way, no bills to pay.
I love lying in the sun and swimming in warm sea,
I don`t want to think about all the places I will never see,
Living is hard and flying is easy..
What will you do ?
What will we do ?

I’m in Chapelfield Gardens dancing next to Christine at the Zero Carbon Festival, as Chris Keene’s epic journey from Wales to Copenhagen passes through Norwich. I’m at Speaker’s Corner holding a Climate Emergency banner with Mark, just after John McDonnell's speech about the third runway at Heathrow. There’s the same song playing and the same movement happening inside. It’s a feeling I haven’t experienced yet in Transition. The song is about giving up flying, about the singer not flying to see her grandmother in America, and her sister in Australia. It’s a real song. And she’s out there singing it on show to the world.

Flying is a burning Transition topic because it’s so high-carbon. In our Transition Circle meetings it was the one subject that silenced the room. Because if you’re cutting your carbon emissions by half the national average, as those of usin TN2 decided we’d do this year (and a further half next year) there is no way you can fly. In December Not Flying was discussed at length in Transition Culture with 83 comments. In January Adrienne Campbell of Transition Lewes spoke eloquently about her difficulties with other people flying in her blog, 100 monkeys. How far does our conscience about the planet take us? Does it give us the right to challenge each other? Or is something else happening we can’t see just yet?

Tully’s right, flying is not just about figures, useful though they are. It’s about ethics and relationship and the fact that when you stop flying you’re not just giving up pleasure or people you’re giving up whole continents. Whole parts of your being that flourish in the big wild places, that can expand to the further rim of deserts and oceans and climb the mountain peaks. All the ancestor places, medicine places, wisdom trees, dreamtime.

The airports are gateways and run like a litany over my tongue: La Paz, Kingstown, Santiago de Chile, Kauai, Hong Kong, Tokyo, Sydney, Dehli . . . I’m like one of those shops with outlets in every destination. I could hide it. But that would be lying. I could off-set my conscience and say these flights were for work. Which they were. But the fact of the matter was I loved to fly. I was a travel writer both trade and by inclination and for ten years I lived out of a suitcase. 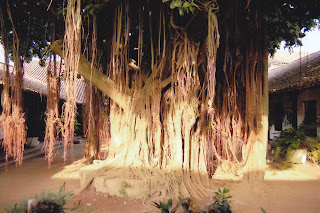 I took a lot of planes. I was only was in danger once (nearly crashed in El Salvador en route to Honduras). Only lost my cool once, riotously drunk and delayed in Newark one snowy New Year's eve (did the conga round the Virgin Airways jumbo with my fellow passengers - Ay! )Shortest flight? The one in the picture that took me from the Caribbean port of Cartegena into Gabriel Garcia Marquez country. Longest? 24 hours to Lima en route to Macchu Picchu and the rainforest for a fashion shoot. Lots of fashion shoots and interview work, dragging vast blue Globetrotter suitcases and typewriters (this was before internet). Difficult photographers with delicate cameras. Immigration snarling at us (won't miss those guys). Paris, Milan. New York (again). A host of American runways rising to meet me: Los Angeles, Alburqueque, Phoenix, Des Moines, Dallas, Houston . . .

I didn't get security with all my travelling, but I had a life that I wanted to live and I got to love the world the way some people love children, which is to say absolutely, knowing that you give part of your heart away when you do. I couldn’t have gone without those aeroplanes, that’s the truth of it. And so rather than sorrowing or hiding the fact, I’ll come clean and say I am thankful that I could. They were the best of times. There isn’t a day really that goes by without my thinking of those places and thanking this beloved earth for letting me experience her in all her absolute glory.

I know now that nothing will replace the feeling of Mexico, nor Arizona, nor the sound of tropical rains falling. To cope with the reality of that you have to access your heart. Only your heart can cope with that kind of loss. Because travelling takes you to places inside yourself that Western rationality and justification don’t go.

For a long time I wrestled with what I had gained from staying home in East Anglia for the last eight years (with the exception of one flight to India, one train journey to London) and I looked about me and I couldn’t see it. How was my life better? Was I now looking forward to an increasingly depressing life without any money or work or heating, or the ability to travel much beyond my own lane? Or was I missing something? And I lay awake for hours last night thinking. And then I got it. When I stopped flying around the world, I came home. Because there was nowhere else to go. I had come to the end of the line. And I realised that to live a good life, I had to love that place at the end of the line. And that was hard.

Life is hard and flying is easy. One day you wake up and realise that the future you took for granted went and disappeared, and only when there was no possibility of escape, did you face reality and begin the real work which is to see the world afresh with your heart. Right here, now. 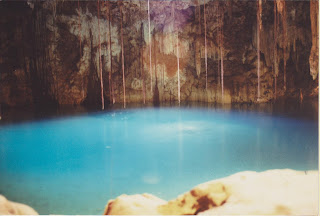 It’s a small inner revolution that will turn everything around. But so long as we can fly away from difficulty, keeping that sparkling holiday destination in our minds, we won’t land and engage in this task. We’ll keep flying off into never-never land. Our obligation as human beings to value life on earth – which all civilisations ignore - has to be fulfilled. To love youth and success in our culture is easy, to love your own reflection in the mirror, with its wrinkled face and second hand coat is hard. To stay indoors in your coccoon, surrounded by shimmering screens and soft music is easy, to speak with your neighbour and the one you live with is hard. To love the places that are Not-Home, those beautiful deserts and mountains, those Other landscapes and cultures laid out like delights in a bazaar costs us nothing. To love this polluted, crowded island with all the responsibility for Transition on our shoulders costs us everything.

But looking at the earth, and the course our Titanic culture is taking us what else can we do? Arundhati Roy wrote a beautiful line that's often quoted and forms the last line of 'The Transition Timeline': another world is not only possible, she's on the way and, on a quiet day if you listen very carefully you can hear her breathe. In the big green places where the tropical breezes blow through the papaya trees you can feel this breath upon your whole body. In East Anglia in February, with people pressing in on all sides, it’s a struggle. But sometimes you get a little help.

Three thousand miles away in Africa the migrants are preparing for take off. By April thousands of them will be touching down in Southern Britain. They’ll be following the flight paths of their ancestors and arriving in woods and scrublands as they have for thousands of years. One night I’ll wake up and steal down the lane and as I turn the curve of the road by the barley field, I’ll hear a sound that goes out for miles across the dark land jug jug jug. And I never know whether it is this song with its two hundred variations, or the fact this small insignificant brown bird sings at midnight that grabs my imagination and my heart so. But whichever, I know somewhere inside we are like the nightingale. And insignificant though we all are in Transition, grounded and struggling, we have to know that when we make our downshifting moves, our heart-felt decisions, we are like the bird singing in the dark and that there are people who are listening out for that sound.

Because when they hear it they'll know that after a long, cold lonely winter, our Spring is truly come.

On the road in the 90s: taking the plane from Cartagena to Mompos, Colombia. Sacred fig tree. Mompos.
The trip to Mexico that changed everything. Café in Valladolid, just before visiting the ancient Mayan cenote.