Confessions of a Peri-Urban Forager - A Conclusion 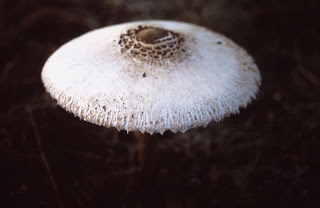 So here we are at the end of the feast. The close of our two Food Patterns weeks (keep an eye out for Week 3 - chicken clubs, community orchards and more!). Listening to Shiv Chopra, as Andy skillfully guided us to yesterday, you could think the bigger picture about our food supply is a grim one. But Chopra ends his analysis on a positive note: we hold something dear within us. A knowledge of how to live on the earth. We just have to remember that "lost" art.

The logic behind Transition's use of A Pattern Language is that it highlights key elements that can make human settlements work in harmony. The logic behind engaging in Transition food patterns is you get to eat happily with your fellows. You’re not only cooking and eating the kind of food that keeps you on track, you’re producing and procuring it in certain communal ways. And those ways are what make up the pattern for a graceful shift into a low-carbon future.

Once I roamed the markets of the world like a high-carbon conquistador, bringing home exotic booty to share with friends and magazine readers. Now I glean the neighbourhood for humbler fare. As I walk out this September morning the small roadside stalls are full of plum jam, cherry tomatoes and gladioli. My eyes flick upwards at trees and hedgerows, down on verges, across into gardens. A forager's Spring is all about leaves. Summer means flowers. Right now it's fruit and mushroom season: I’m out picking Autumn elderberries, sea buckthorn (both terrific tonics), blackberries. windfall apples, cherry plums. Later I’ll be searching out damsons, rosehips and crab apples, dandelion and burdock roots, samsphire and chestnuts. A compote is forever simmering on the stove.

Foraging, even the peri-urban kind, goes deep into our hunter-gatherer roots (that’s a physical memory of millions of years of living in synch with the eco-systems). Our archaic bodies thrive on a huge variety of food sources – plants in particular. Foraging takes us walking into the world, talking with people, the way Mark spoke with Norman about his market garden - which is to say about food and exchange. We stop to talk with Sarah on her bike about the perils of strawberry jam (we’re buying her eggs and horseradish), I make a woman laugh when I wear one of Norman’s curly cabbages in the old post office (“my 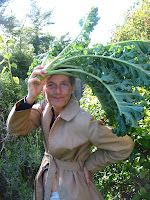 Dad used to grow kale just like that!” she cried), I wave to David as I pick up some of his runner beans, put some mirabelle plums in my pocket for breakfast. This is why Helen talked about Anna’s Farm stores as daycare. Food and relationship. Food and belonging. Later walking down Marsh Lane, grazing on chickweed, collecting blackberries, two red deer suddenly break out from their resting place under a hawthorn. They are huge. Their hooves shake the earth. My heart thumps. Food and encounter.

Why do we end on a wild note? Because wild foods bring connections that the global industrial food system breaks deliberately. They weave together, where the system distorts and unravels. They hold memory, desire, meaning, resonance, childhood, people and place, and most of all our place on the planet. We are taught to live as alienated urban creatures in our city minds (from the Sanskrit cit meaning “to think intensely”) and lose our way, but our real beings flourish in connection with nature, within the cycles of natural time, wherever we live, as Erik so cleverly spoke about this week. They bring us all back.

The wild things will bring us into alignment if we let them, back into fellowship, into the heart where all the connections with life are. These are some of the deeper meanings of food we’ll be looking at as well as the ecological footprint data in the One Planet Community Kitchen project. Good food writers begin, like all good alchemists, by looking into the matter. You don’t transcend your material. You go into it and transform it into gold by your attention. You value the carrots and leeks you grow like John, or the pigs you keep like Josiah. And you don’t do this with grimness you do it with light-heartedness and wit, the way Elena lies down in the road at the thought of filling in the wholefood co-op form.

That way we’ll find out how to make this massive downshift. By valuing what we hold in our hands – the real bread that Jane was celebrating – the patterns we have already like the Earlham Street farmer’s market Jon wrote about. By making commitments like joining the CSA Tully and the Food and Farming group have worked so hard to set up. Making these patterns “stick” in our daily lives, makes that shift and the amount of things we need to let go of not only bearable, but noble and joyful.

The hardest food I gave up was fish. Wild fish connect you to the planet like nothing else. But one day I just couldn’t eat it anymore. And salmon most of all. I couldn’t eat a beautiful creature who was kept in a filthy cage and denied its true destiny. Now I know other costs of farmed salmon – the pollution of rivers, the diseases passed onto wild trout, the massive trawling of sand eels for fishfood, the inflammatory effects in our bodies (omega 6 changes to omega 3 in caged animals). But mostly I don’t eat salmon because I want to honour him as he was once honoured, as a free and sacred creature, like ourselves. 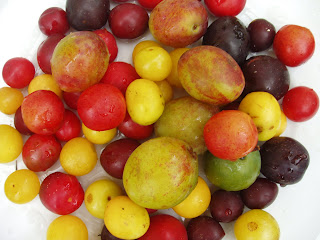 Why has wise salmon been revered through the centuries? Because he shows us how to live. He rushes downriver in his gay youth, he lives out his mature life in the ocean, but the greatest and most remarkable feat is the journey he makes when he heads upriver to find the source of his beginning, to bring the treasure he has inside him back against all odds. That’s our journey as human beings. The return journey. We have to go against the flow, leap impossible and dangerous barriers. We’ve got to find our way home. And the creatures and the plants will be with us all the way, as they have always been. We just have to tune in, get in synch with the patterns that cohere us with life. So I’ll leave you at the end of our full fortnight about food with a Twitter message I found yesterday from a fellow Transitioner and bio-community organizer in Vancouver, Shelby Tay:

" RT @Vcrow: Yay for the 30 million Sockeye Salmon making their way up the Fraser River in B.C. the largest run since 1913! Welcome home."

One Planet Community Kitchen first meeting is on 21 September at the Greenhouse, Bethel Street, Norwich at 7pm. For further details contact Charlotte at rootsshootsandseeds@hotmail.co.uk. Find us on Twitter at tnnorwich.