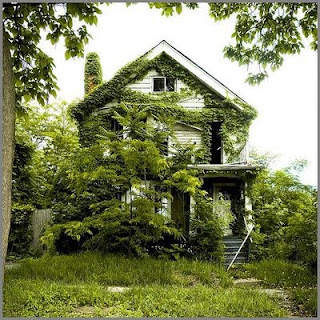 In one of the last entries for 2010 on Transition Culture Rob Hopkins posts his interview with Christopher Alexander, a discussion of the links between A Pattern Language and the new Transition ingredients. At some point the architect and writer's wife, Maggie enters the conversation:

"If Transition was successful, what the community would feel - it would feel like home. Simple. Everyone can feel that feeling. You know it when you see it; it just feels like home. You walk down the street and somebody’s planted nut trees and they’re excited to tell you about all the nut trees they’ve planted . . . And how it can replace wheat or what it was you said. They’re excited because they’re making their home – that’s what it looks like!"

I’ve done a lot of giving up in my life - pleasures, habits and physical possessions. First when I went on the road in 1991, then when I joined the Transition movement in 2o08. So when people talk about giving up our materialist, greedy lifestyle, I know what they mean. Because I’ve done it. But it’s how we proceed, how we engage with life that’s really important. Sure you can cut your carbon emissions by half the national average, as some of us in Transition Norwich did last year, but can you still love the world? Can you make a place feel like home? Can you make Transition feel like home?

Alexander’s grammar of vernacular buildings speaks to us because our desire to belong goes deep. It’s an unspoken and unsatisfied force within us. We’ve come from a deracinated culture, deliberately alienated and set against one another in order that we aspire to the shiny, sugary, power-driven heavens manufactured by the empires of the world. But these are chimeras. We work hard to live in houses, but they don’t always make us feel at home. To belong is to become embedded in the living, dancing fabric of the earth. In all its colour and warmth, harmony and beauty.

When the writer Bruce Chatwin walked across the desert to the the ancient city of Persepolis, he noticed his nomad guide took no notice of the ceremonial tents erected by the modern rulers of Iran, as they passed by. When they arrive at the ruined city, Chatwin gazes at the megalomaniac inscriptions of its former tyrant-king: I fought, I slew, I conquered.

“Again I tried to get the Quashgai boy to look. Again he shrugged. Persepolis might be made of matchsticks for all he knew or cared – and so we went up into the mountains.”

Why did the young man not care about the city? Because the city was not in him. To live as a nomad, as a free man, to go home at the end of a long road, means you live by different laws. It means you follow a track, a songline, invisible to the naked eye.

The patterns that hold us happily within the fabric of the natural world are not mind-made or mechanistic. Don’t let Transition get mechanistic, cautions Alexander.

Don't imagine that science will save bees, only a change in our lifestyle will save the bees, declares Heidi Hermann. 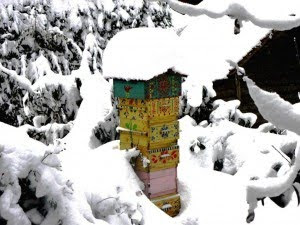 I’m at the Bee Summit in London in December and the queen bee of the Natural Beekeeping Trust is laying down the law that science for all its cleverness cannot see. The honeybee lives within the sun-ordered rainbow-coloured frequency of the earth, absolutely in tune with her environment. Without the honeybee workers, 90 per cent of our crop species don’t get pollinated. The lawyers, politicians and official institutions are insisting that only when the scientific data is correctly submitted will Britain consider banning the neonicotinoid pesticides that are causing losses within bee colonies everywhere (the British Beekeeping Trust has until recently received thousands of pounds to endorse the pharmaceutical companies that make them). But this is 2010 - a year in which the number of hives in Britain doubled - and this is a room full of beekeepers in a city one third of which is made of people’s flowering backgardens. Beekeepers from Highgate Cemetery, the Royal Parks, The Tate Gallery, Chelsea Physic Garden. A great murmuring has started up amongst us. The upholders of the mechanistic world get stung by intelligent questions from the floor. Heidi gets a standing ovation.

The world doesn’t change because you change your behavior. But because you let go. When you let go of habits and things you realise you have been living within a certain configuration, a certain frequency that keeps you trapped in an artificial empire. I came. I slew. I conquered. When bees are affected by systemic pesticides they lose their ability to orientate themselves according to the sun and find their way back to the hive. In their dramatic disappearances bees have been telling us something, and in spite of our acquisitiveness, our chemical dependencies, our arrogant left-brain thinking, we’ve begun to respond. From somewhere we had long forgotten about.

There is a shift out there and sometimes you can feel it. No amount of media control, of distraction, of police brutality can cover it up. You can’t legislate against it. Because it’s invisible and intangible, something you can’t see with the naked eye. It’s a collective human feeling, in synch with all the living beings on the planet. A frequency that happens when people start to link up, share their stores, their sweetness, tune back in, start acting like bees in each others' interests. And that’s a feeling you can’t stop. And that’s the feeling I intend to take with me into the new year. 2011. A year when millions of us start coming home. 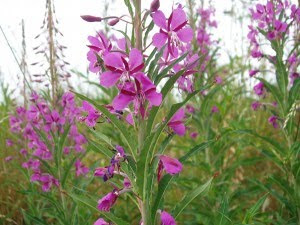