Thinking Like A Creator - Transition and A Pattern Language 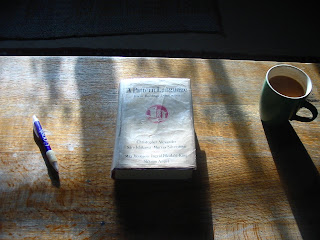 I first came across A Pattern Language with Adam. He and his boyfriend were reconstructing an adobe house with their own hands in the cattle-blasted valley outside town, and we were walking around the "garden", talking about the plants they could sow back into this red earth where only creosote now grew. They wanted to turn it back into the native grassland that used to wave golden in fall, mile upon mile, right down into Mexico. Adam was reconstructing his life. He had to give up his work as a graphic designer in New York because he had developed an allergy to almost all chemicals. He had become so sensitive that you couldn’t wear any kind of artificial scent around him.

The house was small and deserted in that great space. The empty swimming pool was full of frogs and leaves and the dead cottonwood by the porch had two great horned owlets inside. It had the kind of dilapidation and promise that made you feel you could start again. Right here, right now. He lent us the book. “It’s brilliant,” he said.

Christopher Alexander’s masterwork of environmental design, written with several other architects and academics over eight years, lays out a practical and imaginal map for human dwellings and settlements. When you open the pages it brings that same excitement I felt that day in the desert. It’s a peculiarly European response to North America (Alexander is Austrian, educated in England, worked in Berkeley, California). A sudden release from an old cluttered history into a new unexplored world. The feeling you can start all over again with the best of everything you left behind.

The book contains 253 patterns that go from planning large conurbations to making natural doors and windows. It sets out problems of design and then solves them with the elegance of a mathematician and the eye of an artist. Each pattern cross-references and interlocks with others, and as you work your way across the rooms and gardens, the squares and park benches, coffee shops and workshops you feel a delight in what planners call the “built environment”. Each pattern brings a sense of discovery: Different Chairs. Farmhouse Kitchen. Quiet Backs. You look at houses and streets differently afterwards. As if they matter.

A Pattern Language is the inspiration behind the Transition Patterns (or Ingredients) now being compiled by Rob Hopkins, as the baseline for starting up and developing initiatives in the way the 12 Steps did previously. It follows the same layout: presenting 63 Patterns that move from the small (the individual in Transition) to the large (the initiative working with government) and cross-referencing them in six sections. But in its content the similarity starts to part ways.

Transition does not have eight years to compile a beautifully-made book, published by an academic publishers (OUP), selling for £25 a copy. It does not have the benefit of a cultural past to lean on. All those lovely old facades and piazzas. Those black and white photographic gems by Kertesz and Cartier Bresson. Alexander’s book is alluring to both professional and lay readers because it presents places and situations we want to linger in: arbours and arcades. Places of desire. 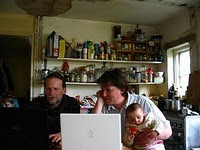 Transition Ingredients come out of necessity. Crucially the patterns are not physical. They are verbs or qualities rather than nouns. Standing Up to Speak, Becoming the Media, Personal Resilience. You engage in them, rather than possess them or receive them as a passer-by. It's difficult to convey in images and words the real value and beauty of what happens inside when we come together to create the future. When we communicate. The pictures of Transitioners doing our thing in assembly halls across the world do not appear like the stuff of dreams. So the feeling on encountering this workbook-in-progress is very different. You feel you have to make some effort to get to grips with it. And like everyone else in this time of downshift, you’re not sure you want to do that right now.

Except of course we don’t have that kind of choice. “We are a culture shifting from well-having to well-being” as the voice-over reminds us in The Eleventh Hour, and moving our minds out of a consumer framework is part of that shift. Thinking like a creator means you have to consider everything as you forge a new way forward. You have to flesh out the blueprint, reconfigure yourself and your neighbourhood and make a record as you give everything a go. You can’t buy Transition, or sit in the audience and make a critique, you have to do it. It’s an active thing. A responsibility thing. 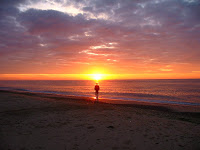 And when I say you I’m using the vocative case. I mean me too. I’m finding it mightily hard to write comments to the Patterns that have been going up now almost one a day for the last few weeks on the Transition Network. But tomorrow I’m going to give it a go. Give some examples of what we’ve been doing in Norwich and Bungay in these last two years. Starting up this co-creative community blog for one. Planting a few seeds in the scorched earth. A few ideas to inspire an exhausted world. Starting over again with the best things we have in our hands.

A Pattern Language in Pattern No.128 Indoor Sunlight; sunrise on the east coast from Personal Resilience, August; Mark and Josiah Being the Media, kitchen table, May.
Posted by Charlotte Du Cann at 10:30