Sisters Are Doing It For Ourselves 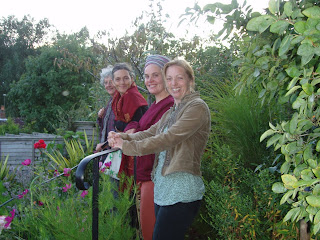 “We didn’t make a good job before,” laughs Apache Ray. “We’re going to leave it to the women this time.”

Apache Ray, brought up in a Mexican neighbourhood in Los Angeles, has returned to his native homeland in the Dragoon Hills and has opened up a trading post as a communications centre. We’re here looking at a patch of land behind the store he wants to turn into an indigenous herb garden and he has asked for Greta’s help. Greta, 25, has just written a paper about Apache medicine plants that grow all around these hills and arroyos. It’s a beautiful Spring day in the desert at the turn of the century. Gold California poppies ribbon the highway, blue lupines shine on the hillside and rings of evening primroses cover the red earth, like white handkerchiefs.

I had a feeling then as we all sat under the ramada of what is was like when people could come together without rancour and start again. When wild flowers could recover the earth like a rainbow. When the fiercest tribe in America could lay down their arms. And say that perhaps there was another way of doing things.
* * * * 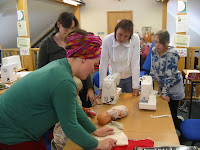 “You have to be the thread,” said Eloise and we laughed. “Feel the thread and do it anyway,” I added, mostly to myself. We’re doing Button Holes today. Last week it was Zips and the week before Darts. It’s a sewing class on a Sunday afternoon at Bungay Library. We’re reskilling ourselves. Or rather I’m reskilling myself as surely the world’s worst needlewoman. Descended from generations of brilliant seamstresses and having worked in fashion with some of the world’s most beautifully-wrought clothes for over a decade, and yet I can hardly thread a needle. Originally I felt complete and utter resistance to coming here. Like everyone else I like shining at what I am good at. Not failing. In another context I would not have returned given the hopelessness that engulfed me when faced with this recycled, ferociously fast Singer sewing machine that seemed to have a will of its own.

But I did come back. And mostly because Eloise is running the class. She shows us her grandmother’s examples of perfect stitching, and we find ourselves effortlessly getting on with the clothes we have brought to make or mend. If we get stuck, we ask. It’s not really a class at all. You absorb everything as you go along. Mia and I make tea, Mark reads Keziah (Eloise’s 3 year old daughter) a story. And suddenly we all start singing Dancing Queen (Abba! Oh, please). There’s a good vibe in here, industry, self-organisation, creativity, inclusion. In that kind of harmony you can find connections and solutions that a competitive and controlling set-up would not allow.

“How is it going with that speech, Ellie?” I ask. Elinor rolls her eyes skywards. Elinor is in charge of Bungay Community Bees and she’s been asked to speak at the Capital Bee Summit on Thursday in London. Everyone wants to know what the Business Model is for the UK’s first Community Supported Apiculture. Our local Transition sub-group has inspired the start-up of community-owned beehives all over the city and it’s difficult to put what happened this summer in the neighbourhood orchards into a rational "left-brain" format. How can you describe something that catches people’s imagination? How can you describe why an enterprise works because joining it makes you feel you belong to life and to people and to the earth? Because it’s in synch with the eco-systems and with the time we are living and you just “get it”? Because it’s a group organised by female workers. Just like a hive.

So you see when I say sisters are doing it for ourselves, I mean another way of doing things is an intrinsically female way of doing things. This has nothing to do with the patriarchy or the matriarchy, or feminism, or Women are Better Than Men, it’s a beehive approach. A structural shift to right-brain perception, free from duality and me-versus-you. One person is the queen bee and because she is in that position, tirelessly productive, in tune with the whole hive, we all can get on with what we do. Which is bringing back sweetness and storing it up for future generations.

Writing about honey in a book on medicine flowers, I once wrote how the artist Joseph Beuys set up an installation in the 1970s called Honey Pump in the Workplace. Fat and honey were pumped around the gallery, creating a space in which new human communications could happen:

“During the war as a Luftwaffe pilot, Beuys had crashed into the snow-bound steppes of the Crimea and been rescued by Tartar nomads. He had been wrapped in fat and felt to keep him alive. It was an encounter that informed all his subsequent work. Many of his installations juxtaposed the vibrant dynamics of nature with a modern industrial life that produced cold-blooded human beings with materialistically-hardened thoughts, incapable of empathy or mystery. The warmth and movement of natural substances (in this case fat and honey) that related to the warmth and movement of our blood, activated the higher centres of our consciousness: thought became imagination, feeling became inspiration, and will, intuition. In short, the alchemical presence of honey provided the warmth and vibrancy in which real, heart-felt communication could take place.”

Transition gives you a starting point. It gives you a defined space in time, untarnished by history. Here we are: we have to relearn and restore and start again. We would not be here together singing in the library if this were a craft class, organised by the old community system. We’re here because it’s a new way, and we’re here because it feels good to be together. And in that warmth and camaraderie another world can happen. And that’s why in the year 2000 in Cochise, Arizona Apache Ray asked Greta to plant his medicine flower garden.

We can dance. We can jive.
Having the time of our lives. 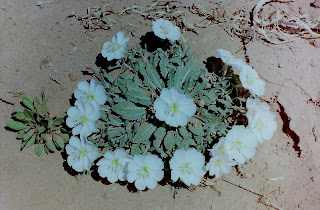