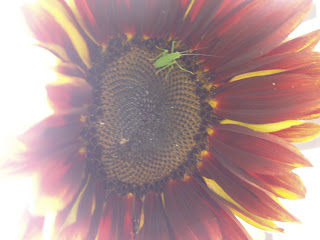 The next revolution - World War 3 - is being waged inside your head. It is a guerrilla information war fought not in the sky or on the streets, not in the forests or around international fishing boundaries on the high seas, but in newspapers and magazines, on the radio, on TV and in cyberspace. It will be a dirty, no-holds-barred propaganda war of competing world-views and alternative visions of the future. (Marshall Mcluhan)

How did it begin? Last autumn in a restaurant in Magdalen Street called Spice Paradise when Ed put the question to Gary and me: Is there a point? We were talking about editorial and the huge and terrifying uncertainty of The Future, surrounded by the usual ras lila of a Saturday night downtown. And that’s when I remembered the scene in Regeneration where Wilfred Owen is persuading Siegfried Sassoon to return to the trenches:

“It’s the story of our times,” I said. "And if you’re a communicator it’s your business to tell that story. What else are we going to do?”

We are not in a mental hospital or a muddy battlefield, of course, but we are surely entrenched in an information war and distracted from reality at all turns, not least by delicious South Indian pancakes. And while some of us battle daily on the high-ground within a highly-manipulative, hyperreal media, others bring reality to bear in smaller ways, by documenting another way of living on the planet beyond the "business-as-usual" broadcast. And that night we discussed the possibility of an editorial project that would reflect some of those downshifting steps we were all taking in Transition to establish this other future. Even though we don’t know yet what it will look like. 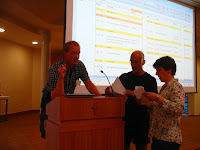 Next month the Social Reporting project will be launched on the Transition Network website, a community blog that aims to communicate the real-life issues and experiences of being in Transition (with Ed Mitchell as producer and myself as editor). In the last decade social media, and especially blogging, has allowed many “non-expert” voices to become bolder and freer and social movements everywhere, co-operatives and community activists, citizen uprisings and neighbourhood projects, have been creating their own collective network of information and exchange. It’s been our intention to bring together some of those new voices in Transition and the last two months we’ve put out a call for 12 bloggers in the UK to tell their initiative’s story from the front-line, on line, over a three month period.

We’ve given two workshops on Social Media and Storytelling at the Sunrise Festival in June and at the Transition Conference in July and invited people to become the media and cover the events as they took place. At the conference David Willcox, inventor of the term Social Reporting, talked about capturing the moment on video and we practiced interviewing each other (on and off camera) and we discussed the search for a new narrative, the importance of paying attention, being the anchor at events, the history of dissenter prose and journalism, and cultural feedback loops.

The project brings together a group of social reporters to find and collate stories that otherwise might not be heard or seen: personal reflections, community events, regional patterns, shifting cultural values, big issues of the day, the spirit of the times. The lighthearted and the deep; the challenging and the practical. Most of all it aims to capture the story of a people navigating their way through Transition and creating a new community culture: a new narrative for the ‘down curve’ of consumption and energy use. To show and record what is really happening in Transition towns across the country, in the neighbourhood, inside ourselves (from Transition Network call out) 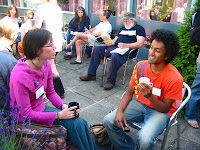 In many ways the project is an expansion of what the This Low Carbon Life blog crew have been exploring for almost two years now, as ideas and theories have been discussed, as people have come and gone from the initiative, as groups have risen and dissolved, as some have stayed the course, kept anchor, as projects have emerged and moved from conversations towards establishing themselves in the fabric of physical life. The blog has recorded some of those shifts and highlighted the work of different groups, especially during these Transition Themes Weeks.

But what is truly distinctive about this venture (and the national pilot) is they are both community blogs. It’s not just a Me record it’s a We record. We are a crew writing as ourselves, but also with an eye to everyone else in the team. We are social writers showcasing the art and craft of Transition. Writing is a notoriously independent activity. It’s a creative struggle between you and the keyboard. But to work as communication writing needs an awareness of everyone and everything else, and above all your fellow writers who are on the front line with you. 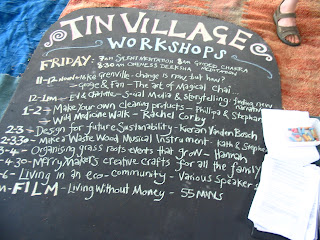 Diversity in the Field
Trying to find a file today I came across a note I sent to TN’s erstwhile Heart and Soul, Arts, Culture and Well-being google group (how’s that for a catchy title!) way back at the beginning of the initiative. We had been talking about silo mentality and we were in deep discussion about the future of the group. Some people wanted to break away from the Arts, Culture and Well-being aspects and become a hermetic Heart and Soul group (i.e focus on spiritual issues only). Some wanted it to remain diverse and free-style, to keep our feet on the ground and our doors open:

Talking about silos and storage of grain, I was interviewing a research scientist last week about Cross Composite Wheat. This is a wheat being trialled in East Anglia (part of TN’s Norwich Loaf project) that comes from three different genotypes. Because of this cross breeding it is resilient under many different conditions. It is not specialised to perform under artificial conditions (i.e. with fertilisers and pesticides), but is being selected naturally in the field. As a result this wheat is consistent in yield and quality, no matter what the weather.

The way to deal with the question that is being posed for us by our past actions, Professor Martin Wolfe said, was to look at the natural world: “Evolution has coped by lots of variation, lots of diversity, lots of different answers to potential problems.”

Silo mentality leads to the kind of specialisation, elitism and closed system controls that have created not only the present “triple crunch”, but also a monocultural society unable to deal with its challenges. The living systems of the planet on the other hand naturally co-operate and exchange information with one another and are “on show”. It was something Darwin observed at work in the rich bio-diversity of the natural grassland of Sussex when evolution was first considered.

Some of us were for remaining as diverse as possible. Why the group had been so successful at the beginning was because it contained so many different elements. Elements that could break up the inflexibility of academic theory and spiritual ideologies that often restrict people undergoing change. Eventually the group did specialise and many of us went our separate ways. Now three years later the Heart and Soul group no longer exists. However six of us who were in that original configuration started up this blog and have shaped its particular creative and philosophical composite style. 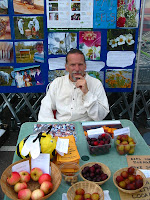 Ideas and events come and go with the wind; with communication nothing is lost because it is embedded in form, texts and images that bear our unique imprints. In spite of the Sturm und Drang of those early years something emerged that could hold the flavour of those highly innovative, challenging, boisterous, colourful Heart and Soul sessions. And if you can hold the thread of the story, no matter what happens to the form, something beautiful and meaningful will persevere. In a monoculture things fail (and, like our financial system, fail big time) but in a cross-composite culture where there is a diversity of people, thoughts, ideas, ways of doing things, we can become resilient and keep what really matters to us alive. Communication (the invisible networks of exchange in the natural world that we can’t see) is what brings this natural diversity into unity.

What we need however is to be open and on show. Stuck inside our silos of silence we keep quiet about the good things and the bad things. We don’t see what is individual - about ourselves, the unique flavour of our neighbourhood, the style of our initiative - we don’t see what we all share - the common language and challenges of Transition itself. The marketed reality of monocultural consumerism has all the words and all the images.

One of the aims of the Social Reporting pilot is to show that Transition is above all a creative process. Like all creative works it has stable elements: the kind of structures and elements Rob Hopkins has been compiling for the soon-to-be published The Transition Companion, the Transitioners who are in for the long haul. But there is a lot of social process and change which challenges our silo “gotta do it my way” mentality and a lot of pressure from that “information war” to minimise what we do. Some ideas don’t work, some people don’t stay, some groups don’t last. What captures that poignancy, gives value, makes everything worthwhile, keeps everything going are the people who write about it and the people who read what they write. 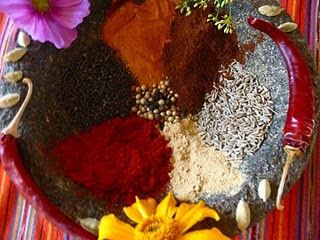 So here we are with Transition Themes Week #7 with some of those elements and some of those people: Naresh Giangrande outlines the shift in relationship between economics and environment in the Transition Conference workshop on Financial Instability, Jon gives a high summer update from Norwich Community Bees, Mark from the Low Carbon Cookbook crew explores Food as Medicine, Kerry reports from Transition University in Glasgow and Elena from the fields and distribution hub of Norwich FarmShare at Unit 6 . . . just round the corner from that South Indian restaurant on the Magdalen Road. Keep connecting!

Black Sunflower with grasshopper. 2011; Ed with Peter and Sim at this year's Transition Conference in Liverpool; Kerry and fellow Transitioner from Glasgow (ibid); Tin Village workshop board at Sunrise; Mark at the Bungay Community Bees and Abundance stall at the Co-op Fun day yesterday; spice mix from The Spice Route.
Posted by Charlotte Du Cann at 13:17