A Year of Living Differently 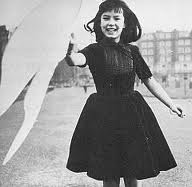 This Low Carbon Life is two years old this week. Our blog year began with apples and angels last frosty October and ended with a sunrise over the sea on the hottest autumn day on record. In between eight of us have monitored the shifting mood of the world every day (except some Sundays) and shown how these shifts affect our ordinary lives in Transition, both from the inside and outside. The blog started out as a record and an experiment, a way of showing what a low-carbon culture looks and feels like, and for some of us during these two years this project has become a way of life.

The blog has undergone some changes since it began. Its shape has remained the same: regular bloggers writing for three days each interspersed with topic weeks with 5 or more contributors that explore subjects such as Waste, Climate Change, Health, Deep Nature, Buildings and Happiness and celebrate the changing seasons. But in December we introduced the Transition Themes Weeks with their regular reports on TN's theme groups (which we will look back at on Saturday) and there have also been shifts within our crew. 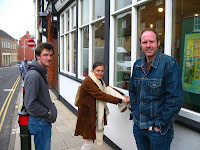 In May Kerry went to work outside Glasgow and Elena became more involved in Norwich FarmShare and both have become occasional rather than regular bloggers. At the same time we welcomed Simeon who's started up the Economics and Livelihoods group and Jo from the Permaculture Group and Low Carbon Cookbook. We've invited guest bloggers to contribute too during our theme weeks: Mark Crutchley (OneWorldColumn) on the the state of the oceans, Adrienne Campbell (100monkeys) Whose Land is it Anyway?, Rachel Lalchan (EcoMonkey) on giving up supermarkets, Andrew Boswell (Norfolk County Council) on the region's controversial waste incinerator and road scheme, amongst others. 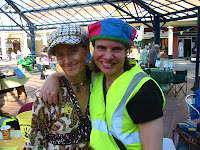 Meanwhile we've covered events from Norwich Pride to the Uncivilisation festival, from the Transition Conference to the Norfolk Anti-Cuts demonstration. We've reviewed films and books, had a rethink about turnips and towerblocks, talked about the birds and the bees (oh, and sex) and all things under the sun (which has also starred in our many photographs). We've been cross-posted and quoted and perhaps most successfully been the editorial blueprint for the new Social Reporting pilot on the Transition Network.

This week on our retroblog we're selecting some of the individual posts that have struck us during the year. Tough call. How to choose from Helen's witty urban reports, Elena's feisty (and frequently delicious) pieces, Mark's warm and perceptive social reporting, John's practical, earth-connected prose, Chris's kinetic and lateral thinking . . . How to chose just three from over three hundred?

There's another question too looking back. How is this year different from the last? On reflection it's been soberer, deeper, tougher. Politics and economics have entered all of our lives and the posts have reflected this shift. There has been less on the domestic joys of baking bread and growing stuff and more serious thinking on social enterprise, livelihoods and activism. Most of us, following the shape of the initiative, have grounded ourselves within practical projects as the Transition movement has become more socially aware, less inward looking, more connected to other progressive groups. More conscious in many ways that we hold something precious in our hands we need to hold dear as the culture so many of us took for granted is falling apart at the seams. 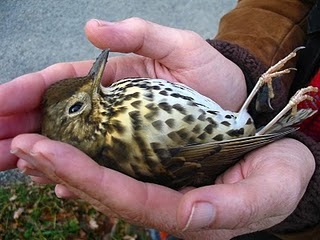 Within this frame I'd select the kind of posts that were written after Nicole Foss came to speak to TN in April: My Struggle to make Sense of the Financial Crisis in an Era of Peak Oil by Mark and Defining Freedom by Kerry. Both have a sense of discovery and openness that are key to writing in the field. We are brought up in a civilisation that loves to have everything down and be in control, to be above it all, smart after the event, safe from all the messy and difficult challenges of reality. To write on the edge of Transition means you have to experience change from a position of not-knowing. Why I love this blog is because it gives space and time for that creative process. Because it shows how this downshift that none of us have done before can be done with grace, fortitude, beauty, intelligence, courage, style and above all, with great humanity.

What I love too is that here you don't have to market Transition or spin yourself or your life. You can say how it is in ways that you can't elsewhere, at home or work or amongst your friends who are all hoping things will turn out otherwise. You can write stuff you don't find in the mainstream media or written in books, because none of us who blog are hip or connected enough to register on that business-as-usual radar, we don't fit the box or the mindset, we live in the wrong city, we're from the wrong class, we're unfashionably in Transition, too old, too poor, too green, too radical, not radical enough . . . whatever. You can wake up with something to say and today you're going to say it anyway, straight from the heart. Even though you are under the kind of pressure that Jon captured so clearly and honestly in his A Shocking State of Affairs (my third choice). It's a different narrative. Written by the people who are experiencing it first hand. On a deadline. 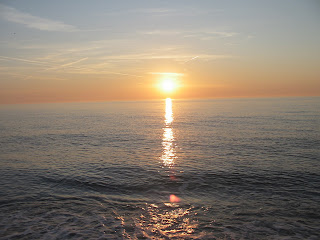 Here's to us and all our fellow bloggers, citizen journalists of a disappearing and emergent world, and to all our dear readers. Thank you for being with us.
Still from Ken Russell's Amelia and the Angel: with Helen at the Magdalen Street Celebration; with Jon and Simeon outside the Greenouse after our summer meeting; A Darkling Thrush; October sunrise.

A shocking state of affairs 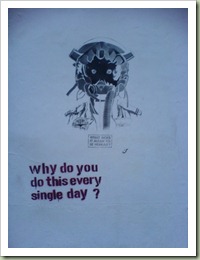 I feel like I’m coming out of hibernation. The last few months have been crazy and I feel like I’ve had no time to think. Every single day was as hard as the one before. I felt disconnected.

One of the things that fell by the wayside while I tried to get things back under control was my involvement in this blog. I didn't have the time or energy to post, and wasn’t able to contribute to John’s excellent Make Do and Mend theme week, even though I had a piece all mapped out in my mind.

These recent months have taught me that I’m not as resilient as I thought I was. Pushed for time, and pulled in all directions, I’ve driven the car more, eaten more junk, taken less notice of things around me and the impact that my actions have had on the environment; I bought more stuff to compensate for how frazzled I felt in the rest of my life.

It’s not so much that things have calmed down, but I have perhaps got used to it. Luckily things in my immediate life haven’t changed that much while I’ve been out of the loop. "Luckily", because things could have – I was reading George Monbiot’s recent post “Britain’s Shock Doctrine” and yes, this is what happens when you take your eye off the ball. If you haven’t read Naomi Klein’s book “The Shock Doctrine” I cannot recommend it highly enough. Read it, read Monbiot’s post and then look back at events of recent weeks and months. It’s a sobering thought.

Which is why I’m very much looking forward to tomorrow night’s meeting of the Transition blogging community. It’s a chance for us all to catch up on what’s been happening in our lives, talk about ideas for the blog in its second year, and, for me, most importantly, to reconnect with just how important this work is; perhaps, now, more important than ever.
Posted by Charlotte Du Cann at 10:47