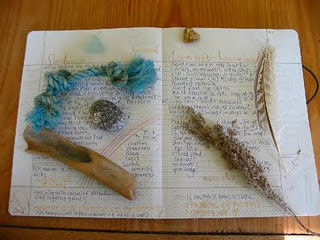 We began our Transition Themes Weeks in December 2010. During the last three years Transition Norwich has shifted its focus and energy - from an early burst of enthusiastic gatherings, world cafes and open spaces into creating and delivering several (hard) working projects. Many of these have sprung out of the 13 original theme groups where people met and discussed what we can do in the "real world". Norwich Farm Share came out of the Food and Farming group, Magdalen Street Celebration out of the neighbourhood NR3 group,The Low Carbon Cookbook out of the Stranger’s Circle, Carbon Conversations and TN2.

As a result of this shift many of us find ourselves working in different areas and our paths do not always cross. So the intent behind the Transition Themes Weeks was to bring these strands together, so everyone could see the whole pattern of the initiative. To cohere news from these groups that wasn’t covered in the monthly TN bulletin and relay what was happening at a more detailed in-depth level. Published every five or six weeks these reports are filed by regular contributors and also by people commissioned within TN and other outreach groups (last week's TT featured pieces for example by a Green county councillor and a local vicar). The week is introduced with all the latest from the Communications crew, including outside comms work that happens within the Transition Network.

These reports are not indiviudalisitisc “Me” pieces, they are told from within the social groups and in many ways have served as the framework for the new Social Reporting project. We have run eight weeks now and have covered everything from Bees to Zero Waste. Some of the year’s highlights include Mark giving a round-up of the Transition Circles, Tierney on Permaculture, Kerry on Café Conversations, Helen on starting up the Magdalen Street Celebration, Olivia Heal on Lacto-Fermentation (Low Carbon Cookbook), John on Toads Talk Transport.

The one we’re publishing today is by Simeon whose intelligence and concise style epitomises the editorial slant of these weeks. Here he is talking about the group he started after the meeting to discuss the Nicole Foss talk in April.

Do We Control Money or Does Money Control Us?
Simeon Jackson
18 May 2011

Like many of Transition Norwich’s theme groups, the Economy and Business (now Economy and Livelihoods) group was set up in October 2008. It attracted a lot of attention throughout 2009, but dwindled somewhat at the end of 2009 into 2010. With Nicole Foss’s recent presentation, and the follow-up discussion, it is time to revive it! So what is the group all about?
At present, our monetary system dictates much of our activity. It is through our wages that we are directed to work in the interest of our employer. And once we have earned that money, it is through advertising, legal obligations (such as mortgages) and other forms of persuasion that we are convinced to spend our money in the interests of others. These “others” are often corporations, governments or other institutions that in themselves have obligations to their stakeholders and are willing and able to direct the activity of even more people to ensure that they meet those obligations. What makes this worse is that the obligation for corporations is no more complex than “to make profit”, and that therefore a large portion of our human effort goes towards the continual and unsustainable expansion of an ultimately doomed consumer society. 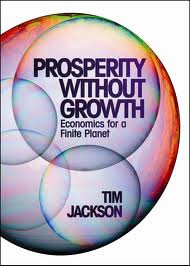 There are numerous books, videos and websites which explain these concepts much better than me, but what is clear is that this structure is wrong. It is fundamentally opposed to our individual freedom to do what we want with our lives, and makes money a master, rather than a facilitator in exercising our liberty as it should be.

The primary function, therefore, of an Economy and Livelihoods group is to establish what our requirements are for a monetary (or other exchange) system, and to try to shift from the current paradigm towards something which more satisfactorily meets those requirements.

Although there will be differing opinions on what those requirements actually are, the following actions would undoubtedly move towards it:

- Sharing knowledge about what the current financial system looks like, so that we can make informed decisions about government economic policies, as well as personal decisions, such as where our own money is invested and what we expect to be the benefits and risks. This may be through discussion sessions, talks and blog posts.
- Investigating, establishing and promoting alternative exchange systems that more closely meet the needs of people, including the promotion of existing local trading schemes, where appropriate.
-Stimulating a resilient green local economy, by encouraging development in renewable energy generation, energy conservation, local production of goods, sharing schemes and other enterprises that enable a low-carbon lifestyle.

The above is provisional, and may be added to and changed depending upon the discussions that we have as a group together. I therefore invite you to join us for the first meeting of the revived Economy and Livelihoods group upstairs at the Bicycle Shop Cafe, 17 St Benedict's Street on Tuesday 24th May at 6pm. Simeon Jackson

Picture from http://oneredpaperclip.blogspot.com/, which tells the story of the man who, starting with a paperclip, traded his way to obtaining a house; cover of Prosperity Without Growth by Tim Jackson
Posted by Charlotte Du Cann at 13:23