What Do You Do? Writing on the Edge 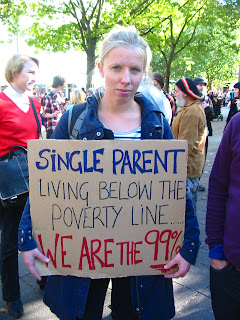 We don’t talk much about what we do for a living in Transition. So today I was going to write about the “real world” work some of my fellow Transitioners are engaged in, about being a cook, or market gardener or librarian. Then I thought: why am I not writing about myself trying to make a sustainable livelihood from writing?

Writing, as a method, is rarely sustainable, no matter how right on you are. Producing books means taking down forests, working as a journalist means being financed by corporate advertising. Even this blog is invisibly dependent on vast machines fuelled by American coal. Your hands are dirty as soon as they touch the keyboard. And yet following Simeon’s criteria writing and speaking sustains the people just as vitally as food and water.

Communication functions within the human collective in the same way mycorrhizal fungi work within the soil, amongst the roots of plants and trees. Communication between ourselves keeps us human and at liberty. The shock doctrine that has been applied to the world economy is based on the the principle of forced solitary confinement of prisoners. It presses to keep the door shut between us so that we feel alone and powerless.

To work in communications means you work 24/7 to connect, cohere and make sense of the world. You speak for those who have no voice, disseminate ideas, uncover truths, challenge, inspire and a hundred other invisible tasks that go (mostly) unsung in organisations everywhere.

Writers know that their primary "job" is to keep those doors open, no matter how hard history presses. So whether you earn money by your craft, or not, it does not dissuade you from the daily task you have inherited in spite of yourself and your destiny. 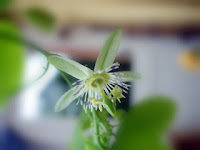 How did it begin? At the age of 12 my grandfather began to perch on the edges of my life like a sparrowhawk.

Be a writer, he told me, and burn that cello!

Surrounded by the formality of the Club, he would launch into what he considered the worth-while things of life, which went in the entirely opposite direction of everything I had so far been taught. Self-discipline, rigour, gnosis, was the basis of his creed, as well as generosity in important matters, such as clotted cream. Writing was life’s greatest task, Arnold Bennett, who wrote 2000 words before breakfast, its ideal craftsman. Entirely self-educated, he learned to write by becoming a journalist, he taught himself law whilst serving in the trenches, and told me that life, and only life, can give you anything worthwhile.

“You must leave school,” he tells me, as I sit before the austere and shining battery of eating implements of the club dining room. “School will only teach you how to read books. When you become a writer, then you can travel wherever you like and be able to earn your living.”

“But I am only fourteen!” I protest (I am fond of books, and also of my school companions).

But my grandfather does not change his position on the matter. He proof-reads and copy-edits my correspondence in red ink, informing me that The Times always expects a good margin from its contributors and Life that we keep to the Delphic code.

Know thyself. To thine own self be true.

I became a journalist at the age of 22 having gone to university and read a lot of books first. I wrote for my living for 12 years in London: interviewing, styling shoots, writing opinion pieces, hitting deadlines for newspapers and glossy magazines. But what had attracted me to the work was my grandfather’s description of freelancing in South Africa, the way writing brought with it the unimaginable vastness of the African savannah. The unmistakable scent of freedom!

And so, one day at the height of my brilliant career, I left to experience those bright spaces: 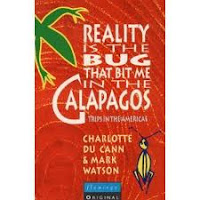 Tonight is retro night: no one is talking about the future. There are models passing by with crystal laughter and young men dancing with themselves and a caberet from Harlem. I suppose this is a good enough way to say goodbye. Goodbye to words like serious and important, major and grownup. Goodbye to my fashionable vocabulary, goodbye to Sancerre at lunchtime, goodbye to black, goodbye to my fast life, all that double kissing. 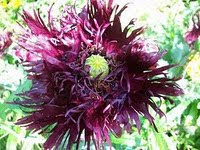 How do I come back? For a long time when we were travelling I was self-financed. When I left London in 1991 I sold everything I owned, including my flat, and then several years later my father left me some money in his will. When I returned to England in 2002 I could no longer return to my old work as a consumer journalist. Everything had changed.

“Who are you working for?” asked the ladies of Southwold politely when I arrived. “I don't work for anyone,” I replied. “Oh!” they exclaimed and turned away, fearing, as many conventional people do, the taint of the non-employed.

For a while I worked in local arts organisations (paid) and for environmental campaigns (unpaid). I used my skills to write press releases and theatre programmes and sometimes worked 60 hour weeks for the equivalent of £3 a hour. That’s when I realised the great cultural divide between the salaried and the wage earner in the UK, when I learned about the benefits system, about charity trustees and managers, and what it was like on the other side of the tracks.

One day I the poet, Adrian Mitchell give a lecture called Who Killed Dylan Thomas? I knew I had to write the books I had inside me, no matter what it took:

The kitchen years are about to end: the years when I adjusted microphones and radiators, stuffed envelopes, poured wine, knew the insides of buildings like my own body and the needs of people better than they knew themselves. These are the years in which I failed because I was someone who believed in editorial and could not write advertising copy, marketing copy or the kinds of prose shiny souvenir programmes are made of; where line managers tell me “we don’t want to know what you think”, and charity trustees that I am “just A.N. Other”.

These are the years in which I wear badges that declare I am a.n.other event manager, venue manager, safety officer, press officer and spend hours counting the small change. The years I served a strange god. Here at this poetry festival I have been talking to poets who are sent into prisons and mental asylums, who are laughed at by schoolchildren, poets who cannot speak, who cry in supermarkets, who are not listened to anymore than I am myself. Poets who wake up in the midst of terror and make an oath of loyalty to the kitchen table, who praise radishes and olive trees when the times are bad.

Where does this go? I now ask myself, having written those books and been a Transition blogger for two years (unpaid). What does a lifetime’s knowledge of medicine plants, land dreaming, Western culture in all its aspects count for? Can being able to source and cook real food, put together a book, a magazine, a blog, to downshift, hold a meeting, give a talk, have any economic value? All of these skills are useful in Transition, but do they have any leverage in the world of work which seeks the young and qualified and a strict obeisance to the status quo?

The fact is, like thousands of people around the world, I am configured for a new time. I have downshifted from a life of privilege to find out how to move from a hostile individualistic way of being (Empire) to a collective, life-affirmative one (earth community). 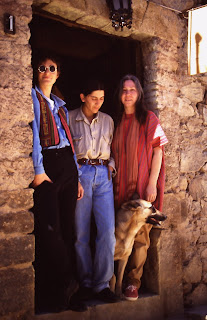 I am here to show what it is like to go through those creative alchemical processes in order to make this shift happen: how to put a crooked thing straight in the world’s history, how to align with the planet, how to make sense of difficulty, bring meaning and value and structure into everything we do, create beauty, clear space. But few, if any, in the business-as-usual system want to pay for that stuff. Unless it takes the form of entertainment or to make the 1% feel more comfortable about their lives.

The fact is when you burn your cello and go for that freedom you make a bad servant. That’s a risk you take. A risk all writers take, even though it sometimes kills us and sends us to the gulag. You leave what is known and safe in order to keep the door open. Because you know in your heart that no human being is born a wage-slave and that it is time the 99% of the world let their voices be heard.

So dear reader, if you know of any publishers . . .

Excerpts: Passionflower, from 52 Flowers that Shook My World; Introduction to Reality Is the Bug That Bit Me in the Galapagos by Charlotte Du Cann and Mark Watson (HarperCollins) and Opium Poppy, from 52 Flowers.