the terror of the situation 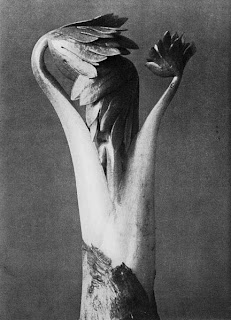 There's a scene that I remember from The Heart of Darkness. It comes back to me sometimes in Transition meetings. The hero returns from Africa and tries to tell Kurtz's fiancee about the iniquities of Empire. But she is not listening. He can't bear to tell her the truth of what he has witnessed. The Congo is far away from the polite drawing room in which they now sit and the illusion that everything is nice and safe is too strong for him to bring the cruel realities of the forests and its people to light.

You might be forgiven for thinking that all the bad things that are happening "out there" to our fellow human beings and to the earth, are due to politicians and bankers and the military-industrial complex. And this is true they are. But they are also happening because we shut our ears in our modern version of Joseph Conrad's drawing room, believing that everything is OK really. And I often wonder how in Transition we can bring those kind of shocking, end of suburbia moments to bear, so that we can realise that the times are really not OK, and actually have never been OK and take steps to shake ourselves and everyone else awake?

This week at Sustainable Bungay's AGM something outrageous got into me. We were upstairs in the Library and Sylvia, who is on the pilot for the new version Bungay Community Library, was giving us the low-down on the county council's shifting of funds and personnel in respect to the cuts. Everyone was listening intently.

"What a bunch of crooks!" I exclaimed, breaking the uncharacteristic formal atmosphere, created by the appointment of our new chair (Mark) and confirming our treasurer, secretary etc.

"Sounds like Stalinist Russia!" roared Rob from St. James Village Orchard. We all laughed and Sylvia told us that it might look like everything we had done together was in vain, but it wasn't.

"If none of us had acted, they would have taken everything," I said. 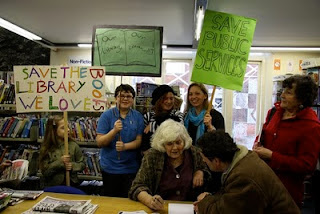 Then a local charity, the World Land Trust came up in passing. "Oh, that dreadful organisation!" I burst out, because I had just read a blog about some of their activities. And when someone added that that David Attenborough was the president, added "He is the worst."

People were shocked. I had broken a taboo. These things are complex, we said to one another afterwards, but we need to know all the facts, not just the ones we like. We need to question everything, and our belief-systems about "population" most of all. Just because a person or an organisation appears to be acting in favour of the planet, doesn't mean there are no consequences to their actions or they that they do not support an unpalatable agenda. We can't take everything as read.

The fact is we do take everything as read. Because we would rather believe that someone we have seen all our lives being kind to animals on television is a good person. We would rather believe that the party we vote for acts in our own interests, that our parents love us, that the energy we use is limitless and that at some point the cavalry will come round the corner. We would rather believe Sustainable Bungay - and indeed all of Transition - was just about friendly community events, but the reality is it is set within a frame of massive degradation of the earth, the power-play of corporations and the global banking system, resource wars and media manipulation and although, as yesterday's post explored, we have to have a positive vision to work towards, we can't do that unless we allow those realities to frame everything we do.

And this isn't just an individual decision this is a social decision. Because a conversation between people who know the facts and one where people are upholding the illusions of the status quo, is a different conversation. You discuss the same things and design the same events, but they contain the ability to change the way everyone sees and thinks about the world, in the same way the Occupy movement has changed the conversation about our financial system. 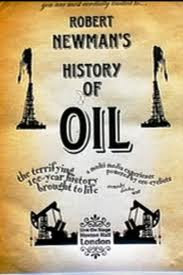 It will be an Abundance project, where we are really finding out what it means to live on local apples through the winter, a skills, knowledge and resources directory where we are really learning to share everything we have. It will be events like tonight's showing of The History of Oil at Tom Abbott's barn in the Saints, because though we like to be entertained like everyone else, we have a serious reason to meet up. Because the real struggle we face as Transitioners is not so much to design and implement a localised infrastructure, but to change the fixed perceptions about our civilisation. To shift out of a complacent narrow world-view we have been taught to uphold, to one in which the consequences of our collective history can be clearly seen.

What has this got to do with this photograph of an emerging Monkshood shoot? Well this is one of the 52 Flowers That Shook My World. The shoot is emerging after a long winter as a seed, kept in the dark, and this image (by the German architectural design lecturer, Karl Blossfeldt) shows the kind of energy and determination that emergence takes. Monkshood possesses one of the most poisonous roots in the world, but its poison has the power to cure many maladies and was one of the two founding plants of the homeopathic system, a system that recognises a small inperceptable action can change the health and destiny of an entire organism.

In the book I stand beside the 1648 border of the Oxford Botanical Gardens and contemplate the turning point of the English Revolution. In 2012 in the Bungay Library I take part in Mark's Plant for Life series, with a talk called Connecting With Our Roots.