Free as a bird

This is a small story about money: I am in the woods outside Norwich on a January day with a gang of kids from Catton Grove, a huge primary school in a rough-and-tumble part of the city. I'm here as part of an arts and Transition teach-in, exploring peak oil and honey bees, reconnecting with nature and planting some of the apple varieties that used to grow in the Grove before it was tarmacked over. 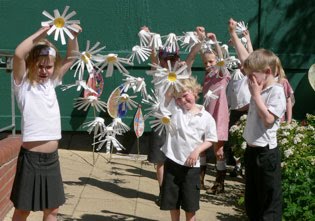 Most of the children haven't been in woods before, and for sure have not been let loose in them. They are wild for it. We have split up into tribes, named after some the of rarer creatures that shelter here, raft spiders and dormice, and performed small plays in the woodland theatre. I am with the Nightingales. We wear crowns of hazel and pheasant feathers and squeeze into our host's tiny off-grid wood cabin when it starts to rain. Everyone is bursting with questions: How do you dry your clothes? How do you catch the fish? Yuck! say the girls, as they watch her gut a pheasant. Cathy, originally from Zambia, tells them everything about the animals, about the Paleolithic peoples who used to live on this land. They do not move away.

Afterwards I walk back down the track with Vernon. That's not his real name, because this is more than two years ago now. But I do remember two things about that day: the first is how the "deprived" and "difficult" children responded the best to this wild and creative environment and really came into their own. The second was the question Vernon asked me: 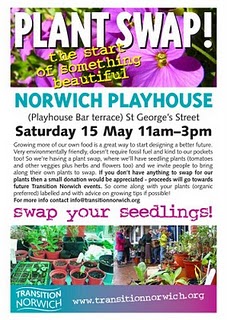 That's the rub about our culture. Everything comes at a price. In some ways the pheasant has a price on his head too of course. In East Anglia he is big business. People will pay up to a thousands pounds a day to shoot him and all of his tribe. One day Vernon will have a price on his head too. He will be £6.50 an hour if he's lucky, or he will get to be called worthless and a scrounger and be paid £50 a week. No one will value the way he was once a nightingale and sang from deep within a blackthorn bush.

When you are talking about living without money, what you are really talking about is living with the values of the free. Living without money is not poverty, which is a lack of money and resources, the fate of most people who live on the bottom rung of a civilisation or capitalist system. It is the deliberate way of life that Mark Boyle embodies and writes books about. Living in a world where people and land and birds are not market commodities, but integral to the living, moving, breathing fabric of the planet.

Some of our living without money is a consequence of the economic downturn, a Transition making do. But mostly it is about reestablishing a collective value system that is not based on scarcity and debt but on the abundance of the earth. If you live within that abundance, you are never poor. You live like the tribe, within the richness of life itself. Rain, laughter, imagination, the closeness of trees and your playmates. The delight of having a physical body, of being alive, of having a heart that can feel and connect with all lifeforms, that can trace in its mind's eye the sky path of a bird now flying across the ocean from Africa. That remembers that this small insignificant bird will return to these woods in April, as he does every April, to sing a song that makes all the world stop in its tracks. 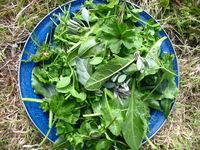 I want to write an unshopping list. It's a list of all the gifts I have received since I joined Transition. I stand in the room and look around me and eveything in the room comes from people and their generosity. The green sofa and wooden chairs from our Give and Take Day. The seeds on the dresser from our Abundance tables and Give and Grow Days. The Transition books on the table from Mike and Josiah. The cupboard filled with freegan groceries from Juan, my tinctures and jams made from the hedgerows aound the house - wild cherries, damsons, sea buckthorn - the logs in the basket from the dead elms. The boots on my feet, my clothes. 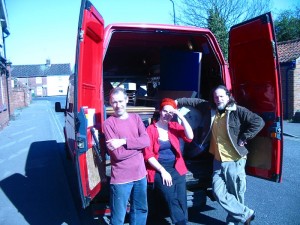 Some of these things come from events we host as initiatives, and some come as a consequence of Transition. Living in a transition culture makes you bold and free in a way that living within the constricting old culture cannot, bound as it is by the shame of poverty and the desire to control everything. Blogging in all these years has enabled me to be shameless about my life: it's all on show. Here we are, no house, no holiday, no swanky car, and still thriving, enjoying ourselves, together.

When you are open and free, that's when the gifts come. People are happy to give or lend you things. My neighbours are happy to lend us ladders and their lawnmower. Philip is happy to give me his boots. I am happy to receive them (even though they are two sizes too big). I have been longing for boots all winter and now here they are! There is a lot of happiness in these exchanges. Because somewhere deep inside everyone is that song, that desire to give to life. We like to be generous. We are taught to be mean and possessive, but we long to give, to have those small conversations over the fence. Transition allows us to give in a way that is not compromised by good works or charity, by patronisation or demand for gratitude. They are small insignificant acts, like those cups of tea Caroline was writing about on Thursday. But all of them break us out of a mindset that keeps us locked away from life and from each other. 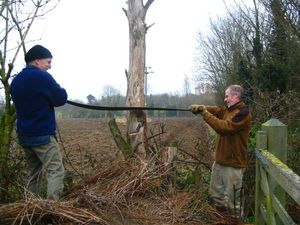 Somehow we have to learn not to be fearful and get to a state of free exchange, in line with all the wild things and eco-systems of the planet. When you start to pick herbs or forage in the hedgerows you have to break the taboo of property. Automatically we assume everything we see belongs to someone, or there is a law against it. Or that if it has not been processed and bought in a shop that it has no value. But nature doesn't think that way. It just is. I used to buy wood until a painter who was working on our house asked me why I didn't just collect it myself, and taught me to use an axe. Now my wood is free. I find it everywhere I look.

Some of these gifts of course are invisible. We live in a world of stuff and we measure our success and our easy passage through life in terms of stuff, the owning of properties and technology, cars and smart new clothes. We are the inheritors of a consumer culture, built on the bourgeios values of possession and conspicuous extravagance. But most gifts you can't measure or own. Not really. For example, when our spade broke, I sent out an email to Sustainable Bungay asking if anyone had got an old one knocking around they didn't use. David wrote back and said he would mend it for us. 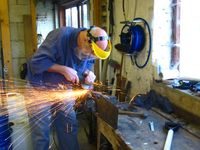 So instead of buying a whole new spade, I bought a new handle and took our old spade to his smithy and he showed us how to knock out a rivet, how to drill, how to grind and fashion the metal. We spent an hour immersed in his workshop, picking up hammers, banging on anvils. I learned about life in Africa (where he taught villlage smiths), about steel and iron and smelting. Most of all I learned that if you allow and ask, you learn stuff you never learned at school and maybe should have - all the arts of living on the earth most native and indigenous tribes have down by the time they are twelve.

You might ask: what did you give in return? As a fellow craftsman, I could say giving someone an opportunity to pass on their skill is a reward in itself, especially when it is joyfully received. Or that we pay forward. Or I could reflect, as I did last week in a post on the Gift Economy:


When push comes to shove, everyone gives their gift. What they have in their hands at the end of the day. I write. I write in praise of everything I see. All the small and bold moves a people are making to downshift. All the beautiful and difficult things we experience. I write in praise of the people who are learning to love their neighbour and not worship Mammon. I write for the new paradigm. I am writing our story. I write for free.

I worked out that since I joined Transition I have written about 250,000 words which at the lowest rate for journalism (now much lower than it used to be) works out about £50,000. This doesn't include editing newsletters, news blogs, social reporting, tweeting, taking photographs, organising press releases, teaching people about Becoming the Media, or any of the meetings or communications that bring people together and keep connected. I am not alone of course. Everyone immersed in Transition will tell you the same story. 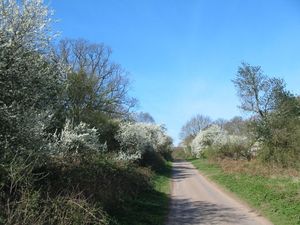 It's hard work and rarely acknow-ledged. And you might say, So why do you do it? As you might ask the bird now flying thousands of miles towards the small island and the small wood, Why do you come so far? And the bird will tell you, It is what I am. The world will not be the world without my flight. Spring will not be Spring without my song.

And as lovers of nightingales will tell you: because this is your heart as it sings in the dark, this is what freedom on earth sounds like. Listen!

Photos: Schoolchildren and daisies from We'll Be coming Down the Mountain Singing; foraged spring greens from the River Blyth; outside the Give and Take Day van; Mark and Nick sawing the elm; David mending spade; blackthorn road
Posted by Charlotte Du Cann at 19:41