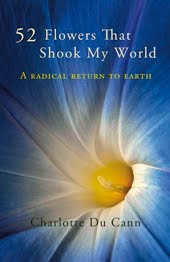 "I think I am living several lifetimes in one", said Blanche, as we walked across the Mexican square at dusk. The urracas were jabbering in the trees, the taco stands were doing a brisk trade, and it was one of those world-stopping moments, when you suddenly realise everything was about to shift: we wouldn't be seeing each other again. Though the tracks of our lives had run alongside each others', they were about to part ways. I was now in Mexico, and she would soon return to England. Our circumstances had changed everything, but then so had the times.

We think our lives should be fixed and stable, but they are not. We assume our friends should always be our friends, that we should keep our looks, our luck and our livelihoods. And yet life does not turn out that way. And in the extraordinary times we live in, it's not supposed to either. We are fluid, changing, alchemical creatures, and many of the old structures we uphold, sometimes represented by people in our lives, have to be let go. The dark stuff we have inherited has to be transformed, It's not the way we are trained to perceive the world, or ourselves; it's not what our culture tells us is desirable, and yet it is our nature, and, some would say, our destiny at this point in time. 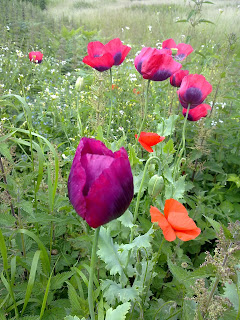 Paying attention
A long time ago and in another life my attention was not on Transition. I had not heard of peak oil or climate change. The words community or resilience were not part of my working vocabulary. I was focused entirely on plants and the narratives and experiences they brought to my door.

Attention is everything on this planet. As human beings we have an extraordinary capacity to focus directly on one thing to the exclusion of the rest of the picture, which is both a gift and a curse. A curse because we are living out the consequences of living in a tiny part of ourselves, and having our attention deliberately distracted from the wider, deeper story. It's a gift because we can, if we desire, switch our attention at any time. We can change our minds, our hearts and our direction. We can, instead of ignoring and destroying the planet we live on, find out its extraordinary transformative nature, and alter course. 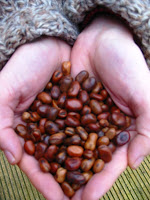 52 Flowers That Shook My World


52 Flowers That Shook My World: A Radical Return to Earth is a record of a life spent changing lanes, searching for the future. At 35 I was a successful London journalist, living in Notting Hill, with friends, lovers, holidays and the whole city boho thing. My lifestyle was happening, but my life - as I write in the first chapter, Epazote - was not worth a handful of beans. I knew nothing of my true self, or the planet. So in 1990 when I met Mark and we went to Mexico, I decided to sell everything I owned and go on the road for real.

Pretty soon I realised that the second half of your life is about what you give back, or needs to be for things to be in balance. I had to unlearn most of my education, question every assumption, deconstruct the industrialised Western (hi)story I lived in and was surrounded by. I had, in David Korten's words, to move from Empire to Earth Community. It was a hard, alchemical journey, personally, socially, culturally.

It took everything I ever had away, and it gave everything I ever loved back
I met extraordinary people in extraordinary places, I discovered my own true form (rather than the hybrid one I was brought up to inhabit), and most of all I encountered the beings who have kept human beings alive and on track for millennia. The book was made from a log of that return journey, told through the lens of 32 plants. What they have to tell us about paying attention to the bigger picture, what they have to say about our coming home. 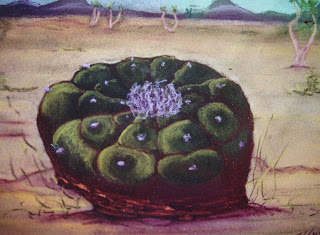 Some of those plants I found during my travelling years, but most of them were the humble "weeds" that we looked at during 1999-2005, as we conducted what we called The Plant Practice, a deliberate engagement with the medicine of trees, bushes and flowers.

I have This Low Carbon Life to thank for the book's publication on 1 August. Last year I ended my contribution to our Livelihoods week with an invitation . . .

The fact is when you burn your cello and go for that freedom you make a bad servant. That’s a risk you take. A risk all writers take, even though it sometimes kills us and sends us to the gulag. You leave what is known and safe in order to keep the door open. Because you know in your heart that no human being is born a wage-slave and that it is time the 99% of the world let their voices be heard.

So dear reader, if you know of any publishers . . .

(From What do you do? Writing on the Edge)

Out of the blue, an independent publisher called Sharon Blackie from Two Ravens Press (on the Isle of Lewis) responded and asked to see the manuscript. Now several months later of hard editing and design work from both of us, it is emerging into the light (1st August). I'll be writing about the flowers in the book when it does, but this is just to say: sometimes things really do change for the better.

Stop press! If you are in Bungay next Sunday I'll be talking about our relationship with the wild and reading from 52 Flowers at Bungay Bee Hive Day at 2pm.
There will also be a full reading and discussion of the themes in the book at Plants for Life, Sunday, 5 August at 3pm at Bungay Library. Hope to see you there!

For further details or if you would like to order a book (£10) do get in touch at theseakaleproject@hotmail.co.uk or follow this link to order from Dark Mountain Project shop: 52 Flowers That Shook My World - A Radical Return to Earth.