On Resilience and Reality 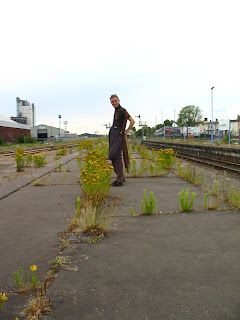 Personal Resilience forms part of the first set of Pattern Language - qualities and skills that make up a Transition initiative. It's not asking us for an individual psychological profile. It’s asking: have you got what it takes? Are you the kind of person who can work as an active force for change within the collective and co-create a post-oil future?

It’s not until I joined the Transition movement (in 2008) that I came across the term in the context it is commonly used - the ability for communities to respond imaginatively to shock and not fall apart or close down. I understood resilience as a quality of endurance. Having weathered a few shocks myself, I realised that the human form is naturally resilient: our bodies tough and flexible, our minds keen to work out difficulties that lie in our path. We’re naturally warm, courageous, creative. We have an extraordinary capacity to regenerate ourselves. However we live in a highly-artificial civilisation that debases and warps most of those human qualities. In the place of our natural feelings for our kin and life itself, we are trained to go shopping. We’re taught to be terrifed of authority and to obey.

So it's not really our profligate use of oil that’s the main challenge in Transition, it’s the fact we have been bullied for millenia to toe the line. And those stick-to-the-status-quo rules are enforced everywhere by our culture, and even come out of our own mouths. The horrible truth is we repress each other.

Here I am standing resiliently on Lowestoft station en route to Carbon Conversations. I’m surrounded by “weeds” pushing their way through the cracks. Their once-pristine world has been covered in tarmac and they are hounded by human beings at every turn, banished to the wastelands. And yet they flourish.

How do they do that?

When I was young I was very nervous. I stuttered in front of the shadowy, violent world of grown ups I witnessed all around me. I spent most of my time in avoidance - up an apple tree, reading books, or inventing games with my friends. Then something happened. I discovered that crooked, unfair world could be confronted. I became bold and loquacious in front of my teachers and duelled with my father – a formidable defence lawyer – over the dinner table.

I had discovered the first law of resilience: when you respond to the challenge of life, life gives you everything you need. I was skinny and sensitive, but something in me was tough enough to be a whistle blower. Daddy, why is the Emperor wearing no clothes? And when he didn’t answer I took up writing and asked myself the question, and then the world.

In Transition our greatest inner task is to deconstruct the mindset that keeps that fossil-fuelled empire going. We have been instructed to be nice and polite. Thou shalt conform! So we have to challenge a lot of assumptions in ourselves and change a lot of patterns. Those aren’t just carbon-intensive behaviours, those are patterns of conformity set in place from childhood. Systems of coping with reality that have been socially inculcated: disappearing in our minds, escaping into pleasures and fantasies, denying the world’s shadow (and our own), controlling (or micromanaging as Mark wrote on Monday) our whole existence so we don’t suffer.

So for me the key factor in resilience is the ability to face reality. Not just so I can see clearly, but so I can be the person in a Transition initiative who says: excuse me but what is that elephant doing in the corner of the room?

What brings this ability to face the consequences of our actions, is awareness, what some call consciousness, a quality of awakeness. There are big barriers to this in ourselves. Big diversions. The obstacles I've had to deconstruct are: self-pity, the feeling of having done something wrong (what Gurdjieff calls inner considering), projection from others, and the fact that who I thought I was, was not who I really was, and that most people I knew preferred me when I was dormant. These are not my personal problems of course, they are everyone’s problems and a consequence of our social conditioning, but you have to face them first in yourself.

The fact is you can deal with any pattern, so long as you love being awake more than being asleep. Awareness doesn’t bring you happiness, or more money, or nice clothes (quite the opposite in fact). But you feel your life has purpose and meaning. You realise you are here to do a work. The state of being awake means that you wake up other people. If you see people trapped or burning in a house you can’t just walk by and say, hey dude that’s your karma. I’m in Transition and you’re in denial. You rush in where angels fear to tread. It’s an imperative of conscience.

So you can have self-amusement and the kind of sanguine temperament that sees possibility in every turn of events (as Rob Hopkins does), but the question I asked myself today was - what helps you hold the reality of peak oil and climate change, the consequences of a predatory capitalism, even at the cost of losing friends, family, even the members of your crew?

And I thought about that child and how she found her voice at fourteen years old. And then I realised the moment it happened: I was in a room full of people and I was no longer alone. I was surrounded by other human beings, and though they were laughing and talking in the way people at a party do, I saw they were trapped inside and suffering. And something in me burst out, through all that tarmac, and connect in the only way I knew.

What makes me resilient in the face of mass denial? Remembering the millions and millions of people that went before me, all the people unjustly held in prison, in schools, asylums, in barracks, in all the heartless institutions of the world, all the animals kept in cages, all the sea creatures caught in nets, all the birds on the wire, everything that has been held captive and suffered because of Empire. It is a small thing we do to challenge consensus reality in our ordinary lives, but it is also a great thing. And our resilience comes from the fact we are backed in all our endeavours, part of a collective intelligence, part of a great heart that has come here to say, enough! It’s time to liberate the earth and it’s time to liberate the people.