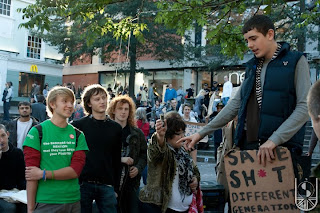 I’m writing this in response to a blog written by Ann Owen of Transition Bro Ddyfi Trawsnewid on the Social Reporters project last week. Our subject was Inner Transition which had been introduced by Sophy Banks in a post about peacemaking and working with groups, Culture for a Healthy World. Ann writes about how a native antipathy to the historical (and continuing) occupation of the English in Wales makes it almost impossible for Transition initiatives to attract local people.

Ten years ago I spent a winter in Wales. I had arrived back to my native land and was looking for somewhere to live. I couldn’t afford to live in my last "hometown" Oxford anymore and although I loved these mountains and everyone I met was very welcoming (much more than in most places in England), I wasn't Welsh. I had just been thrown out of America as an "alien" ("go back to your country, buy a house, get a job, be normal") and had spent years on the road as a gringo, a pom, a Brit, a rosbif and suddenly I wanted to live somewhere where it was OK to be English and most of all, myself.

I soon discovered that, even in England, being English wasn't enough. In Suffolk I wasn't native enough, I was an “incomer” and would always be an incomer (even though I had spent years of my early life here). For other incomers in my lane, I was a "renter" and was frequently asked how long I intended to stay. When I visited London (my birthplace where I had lived and worked for 35 years) I was treated by visiting workers with the scorn reserved for outsiders. When I asked a fellow Londoner why this should be she said: "Well, this is a multi-cultural city now. You don’t live here anymore".

Returning to the Mountain 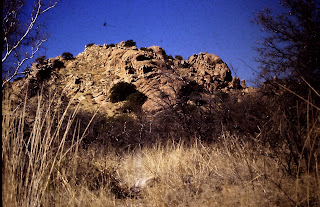 Francisco Ozuna stood on the mountain as we stood in a protest circle to pray for the Dragoon Hills. The peak was about to be blasted by a German mining company to provide the European art market with marble dust. The Dragoons are sacred to the Apache and were once the stronghold for Cochise and his warrior band during the last Native American resistance against the white invaders. Francisco, brought up in Mexico, was coming back to the land his people had been hounded from a hundred and fifty years ago:

At what point do we belong to the earth and to the people? And who is it who is telling us we do or don't belong?

In 2001 when I considered my position on the planet I realised I would never belong to any "community" if I was waiting to be invited and welcomed. I would always be too posh or not posh enough, too white, too poor, and never possess the correct genealogy. I would never own a house, or get the right job or be part of a local institution – church or club or school. I would never be "normal", or desire to be. I had to make myself at home.

Because one thing I had learned travelling all those years: you can be at home and belong to the human spirit anywhere you go, so long as your heart is fired up. When a volunteer from my old workplace came up to me and asked when we would be leaving Suffolk, something rebelled inside. Something wild and indigenous:

And so we have stayed in our cottage, down the lane, in Reydon, in Sustainable Bungay, in Transition Norwich, in England. We're not going anywhere.

What has this to do with Transition? 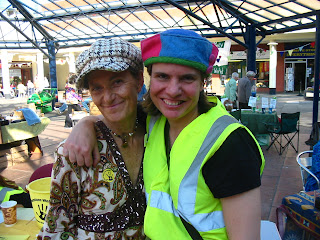 Most Transitioners are incomers. At least most of the ones I have met. We desire to belong to places and communities we find ourselves in and being part of an initiative allows us to have meaning and give back to a collective without having to be in a place for generations. We have the enterprise and ease of passage afforded to those who look towards the future. We can welcome people and be welcomed in ways that break convention and social isolation. Most true natives however are heavily constrained by their collective past, by family ties, by local traditions and vendettas that go back centuries. To do something different and new puts everyone at risk of being criticised and ostracised, which as social beings, as tribes, we are conditioned to fear more than anything else.

Transition gives us an opportunity to start again and thus the world. But to avoid the sense of futility (not reaching the community) or internal group conflict, we need to recognise we’re not starting with a blank slate. No matter how good our intention, how many ingredients and tools we have up our sleeves, we come into the room with history. Not just our own personal history but that of our society, being the change in places full of ghosts and bitterness. We carry the scars of a hostile and hierarchical culture within us. If we identify with it, repeat the patterns of acting the oppressed or being the oppressor, keep shunting other people out of our elite circles, out of the initiative, out of town, we are not truly in Transition. We are in the same system that is crippling the planet. 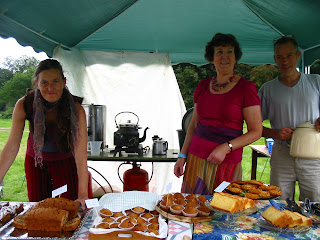 Why the Occupy Movement has captured the world’s imagination is because we are the 99% includes everyone. We are not moving means we are occupying the space that the 1% says belongs to them. Suddenly in cites everywhere it doesn’t matter where you are from or who you are. We are all locked into the financial system and somehow we have to configure a way out of the labyrinth together.

The 1% of society want us to be in the down-there, outside place for ever and it keeps us in this position by encouraging everyone to hate each other and push each other out of the way, so that we live in a terror of not-belonging, with the wrath of a five thousand year-old alien empire on our heads. You, earthling, do not step out of line!

The fact is that by pitting themselves against the earth and against the people, the 1% are the real outsiders, even amongst themselves. Like mythical all-powerful dragons, they have no brothers and sisters, no compadres, no companions. They are alone in their lairs with their hoards of treasure. The most strategic act we can do right now is not to act like them - within ourselves, in our neighbourhoods, in our initiatives. Because the only place worth belonging to is the earth and to the human spirit.

If we can hold that fire and hold together we can all come home, wherever we live, in the cities, in the mountains, by the sea. 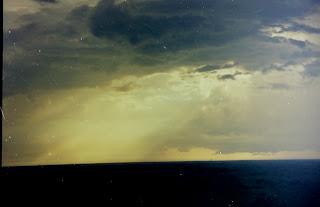