When I am born my first act of civil disobedience is to reject my mother’s milk. I am the child of a bourgeois household, who brings the dreaming of a wild kitchen with her, and my body, I discover, is a tool to overthrow the patriarchial and matriarchal tyranny of the dining room. While my mother orchestrates polite and delightful parties and my father pours claret, I seek out apples in a marshland garden in Kent and my friend Polly’s hippy breakfast oats. My education years are spent eating at boarding school tables and slumland curryhouses. Everywhere I am hemmed in by anorexic girls and women on diets. 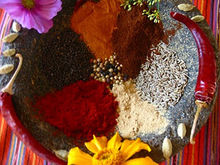 By a strange quirk of destiny I later earn my living in London partly by working as a waitress, styling food photographs, interviewing chefs and writing articles about food fashion and society. My first book is called Offal and the New Brutalism. Everyone I know is obsessed by restaurants, by their collections of global groceries, by the small snobberies of knife and fork, season and brand. I document our every move.

But the hands that write also stir, chop, mix and fold. They have learned in these cooking and eating out years to touch and feel and memorise the living fabric of the earth, the vibrancy of fish and fowl, the rough coats of seeds and bark, the soft down of peaches. These hands know what to do with sea urchins and dead hares. They have shopped in the markets of the world - Greek islands, South American cities, desert and mountain towns. They are smart, gentle, ruthless. Like everyone’s hands. 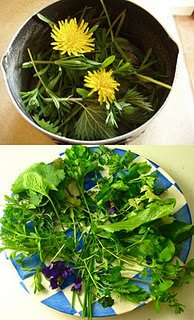 So when I say what goes down in my kitchen goes down in the world what I mean is that when you stand beside the chopping board with a knife the fate of a thousand things are in your hands – energy, water, people, soil, oil, all living systems. How you approach your meal is a microcosm of how the world is treated. Do you hold this creature with contempt or with love? Are you connected to the invisible people who work the land when you chop vegetables, slice bread, dream of chocolate? How many journeys did everything take to get here? Do I really care? About the trees, these facts, about my own creaturehood?

When you come into Transition you bring your intelligent hands with you, your small seemingly insignificant biography. By 2008 when I stood at the back of the Emmanuel Church Hall in Bungay, I had already gone through a radical downshift, foregone my swanky city ways and reconnected with the planet. I had become vegetarian, given up supermarkets and learned to live on rice and beans, I knew what kind of process your body needs to undergo to adjust to eating local food, to go cold turkey on all the addictive high-protein substances a lifetime of pleasure and convenience affords most people in the Western world. What you sacrifice in terms of nostalgia – all those picnics, feasts and treats, those holiday destinations.

What I hadn’t learned was how to make myself at home in my native land, with my neighbours, how that early rebellion was not just a personal act but something that connects us all. 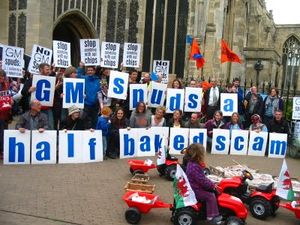 I am standing with a giant tea pot in my hands on a cold November day, listening to Tully Wakeman from East Anglia Food Link at Sustainable Bungay’s Growing Local! conference. He's telling a packed hall how 70% of grains grown in East Anglia are for animal feed, how “local” pigs are fed on rainforest soya. He’s talking about peak oil and modern agriculture, how in the future we will have to learn to eat less meat and less dairy, a far simpler fare. This is it, I am thinking. This is The Project.

The Low Carbon Cookbook did not start straightaway. It began after a meeting between bakers, farmers, researchers and Transitioners to discuss how to create the Norwich loaf. It began after working with my friend in Transition, Josiah Meldrum, on three issues of Food Inspiring Changeabout local food projects and then on a treatment for a book called One Planet Community Kitchen (now roots shoots & seeds). It began after Tully inaugurated Transition Norwich’s second phase – the start up of the innovative Transition Circles, neighbourhood groups which looked at personal carbon reduction in all aspects of our lives - home energy, transport, food, “stuff” and waste.

It began after many of us had catalogued and recorded our downshift experiences in the TN blog, This Low Carbon Life, from baking bread to the Norwich livestock market, from eating roadkill to the health hazards of the global food business. It began in September 2010 after a fortnight on Transition Food Patterns that catalogued many of the local outlets, market traders andcommunity gardens that make up a Transition food infrastructure, including the CSA that has now become Norwich FarmShare.

The Low Carbon Cookbook group have been meeting for over a year now, paying attention to dishes and produce in the way Mark was describing in respect to land and medicine plants on Monday. Most of us on the project have been part of the Transition Circles and trained as Carbon Conversation facilitators. We're cooks and growers, writers and academics, vegans and meat eaters, some of us constrained by chronic illness and allergies. All of us are highly aware of the ethical and political choices we are faced with everyday and vote with our forks, as Michael Pollan famously advised in the documentary, Vanishing of the Bees. 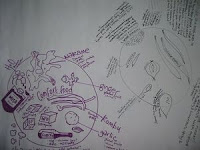 Josiah introduced our first Low Carbon Cookbook meeting at The Greenhouse with a talk on the history of co-operatives. We began the project by conducting a mapping exercise known as Deconstructing the Dish, speaking about its provenance, energy use and our memories around the different ingredients. My own was the humble dish of fava, first eaten on a Cycladic island in Greece, aged 19.

We have held kitchen conversations over a seasonal, local, organic, freegan, fair-traded, foraged meal each month since then. We have met in each other’s houses, in Jo's raw food neighbourhood café,The Nectar, at Norwich’s weekly FoodCycle, looked at key ingredients and tools, recorded and photographed all our sessions. We have considered all aspects of the industrial food system and how we can break out of it, how we can restructure, relocalise and most of all radically change our relationship with food.

The aim of the project is to compile (and publish) an A-Z on all subjects you need to know to eat as sustainably as possible within our present distribution systems. Here is a small taster:

It is built around a collection of Bring-to-Share recipes we have been cooking up for the last year and also a growing list of vegetables, wild and foraged plants. It contains resources: documentaries such as Food Inc andThe End of the Line, books like Felicity Lawrence's Eat Your Heart Out! and Masanobu Fukuoka's One Straw Revolution, as well as local food sources. In short it helps create the atmosphere, conviviality, intelligence and connection that is intregral to a low-carbon culture. It is our hope that by providing this kind of practical and philosophic blueprint, other Transition initiatives might compile their own regional cookbooks with local resources and dissmeninate them eventually via the new Project Sharing Engine on the Network.

Looking forward to linking up!

Suddenly my body by Eve Ensler
Posted by Charlotte Du Cann at 18:03