EARTHLINES 2: A Time of Gifts 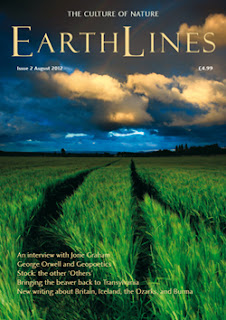 Last week Issue 3 of EarthLines, a new "culture of nature" magazine emerged out of the publishing croft of Two Ravens Press on the Isle of Lewis. In it are stories about real coyotes and mythical ravens, Scottish rivers, English allotments, poetry and paintings that track the Northumbrian coast and East Anglian fenlands. There is also a column I have been writing (Life in Transition) called  Exit from Fairyland (but you will have to buy the real thing to read it!) Here is my second one in Issue 2 to whet your appetite:

I am in the woods outside Norwich on a January day with a gang of kids from Catton Grove, a huge primary school in a rough-and-tumble part of the city. I’m here as part of an arts and Transition teach-in, exploring peak oil and honey bees, reconnecting with nature and planting some of the apple varieties that used to grow in the Grove before it was tarmacked over.

Most of the children haven’t been in woods before, and for sure have not been let loose in them. They are wild for it. We have split up into tribes, named after some of the rarer creatures that shelter here, raft spiders and dormice, and performed small plays in the woodland theatre. I am with the Nightingales. We wear crowns of hazel and pheasant feathers and squeeze into our host’s tiny off-grid wood cabin when it starts to rain. Everyone is bursting with questions: How do you dry your clothes? How do you catch the fish? Yuck! say the girls, as they watch her gut a pheasant. Cathy, originally from Zambia, tells them everything about the animals, about the Palaeolithic peoples who used to live on this land. They do not move away.

Afterwards I walk back down the track with Vernon. That's not his real name. I don't remember his telling me his name (this was two years ago now). But I do remember two things about that day. The first is how the ‘deprived’ and ‘difficult’ children responded the best to this wild and creative environment and really came into their own. The second is the question Vernon asked me:

That’s the rub about our market culture. Everything comes at a price. In some ways, the pheasant also has a price on his head. In East Anglia he is big business. People will pay up to a thousand pounds a day to shoot him and all of his tribe. One day Vernon will have a price on his head too. He will be £6.50 an hour if he’s lucky, or he will get to be called worthless and a scrounger and be paid £50 a week. No one will value the way he was once a nightingale and sang from deep within a blackthorn bush.

To truly ‘reconnect with nature’ does not mean living in the woods, it means living with the values of the free, re-establishing a collective value system that is not based on scarcity and debt, but on the abundance of the earth. Living in a world where people and birds are not market commodities, but integral to the living, moving, breathing fabric of the planet. If you live within that abundance, you are never poor. You live like the tribe, within the richness of life itself. Rain, laughter, imagination, the closeness of trees and your playmates. The delight of having a physical body, of being alive, of having a heart that can feel and connect with all life forms, that can trace in its mind’s eye the sky path of a bird now flying across the ocean from Africa. That remembers that this small insignificant bird will return to these woods in April, as he does every April, to sing a song that makes all the world stop in its tracks. 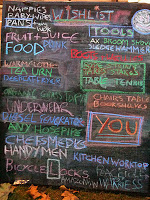 Peak money
The rain is pouring down in Hoxton Square. The great London planes shakes their new leaves and people stand drenched in doorways. It is an unseasonable and strange spring. Inside the room, fifty of us are sitting listening to Phoebe Bright from Ireland telling us how the financial crisis is driving the country into despair: we have lost the run of ourselves, she says.

We are at a Peak Money day organised by the Transition Network – discussing alternative currencies, REconomy projects, timebanking, credit unions, a mix of initiatives to reclaim the economic commons, away from the private banking sector that controls 88% of our finances. One thing is clear: to get back to our original relationship with the earth, we have to break the spell of money. We have to relearn how to live within the gift economy, the art and skill of sharing ‘goods and services’ that used to come for free, to act within the complex weave of relationships that make such an economy possible. Charles Eisenstein, author of Sacred Economics, calls this the shift into adulthood, when we stop playing with our technological toys and being fascinated our own reflections, and start using our gifts for real. It entails the breakup of a childish world. An ordeal in some way. It’s hard because we are a market people, a city people. We have monetised all things on earth – air, water, food, animals, the seeds we plant in the ground, the minerals under the ground, the genetic makeup of our bodies. Everything we do, we do in the name of profit. We emulate the rich, we despise the poor. This bird, this child, this wood, has value only insofar it can bring us financial reward. Every day we bow down to Mammon. We forget absolutely what all scriptures and native prophesies say about a people who are entranced and enslaved to a material world. Some of us, however, are waking up to reality.

Since the banking crisis and the emergence of movements like UK Uncut, Occupy, and Move Your Money, we are becoming much smarter about the spell-making behind money. How it is conjured out of thin air, how the financial high priests shape the physical world to their benefit, how mainstream media and governments serve their interests, and pillory anyone who dares challenge their absolute rule. Money enables you to control your world, and, as Charles Eisenstein says, in a hostile environment, where you are not connected to nature or other people, money buys you some kind of protection. Money enables us to fly round the world and treat life as something we put in a shopping basket. But it doesn’t bring companionship or connection. For that we have to drop our belief in its power. We have not to look at each other in terms of property or income or status, but in terms of our deeper values, our skills and generosity and intelligence, we ways we make each other laugh, the vibration we bring into a room.

Living within the context of a shift makes having less, kinder to bear – not just for ourselves, but for everyone on the planet. This is not just about using Freegle or volunteering at FoodCycle. You can do those things and still worship Mammon. It’s about undergoing a radical change in cultural values. No longer putting your attention into maintaining a fossil-fuelled lifestyle and putting Them down, but making connections with the neighbourhood, reclaiming the commons, valuing street trees, allotments and community kitchens. It’s a culture about We, because it depends on Us to work, a sense of being in the world together. Not Me against you.

Listening to another story 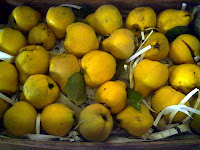 At the Peak Money day there is another story told by Filipa Pimentel from Portugal. In her region a quarter of the population live below the poverty line and there has been a 89% rise in unemployment. This isn’t about whether collapse is going to happen. It is already here. But people are returning to the land and pooling their resources, running events where everyone co-organises, brings food, makes chairs out of pallets and straw.

This is the other story, the way we get back on track. In this culture, in different countries, we share stuff as a way of life. We lend each other tools and pass on our skills, we forage, glean, put on ‘Give and Take Days’ for the community to exchange goods without any money, to swap seeds and plants, produce and knowledge. Living in a transition culture makes you bold and free in a way that living within a market culture cannot, bound as it is by the shame of poverty and the desire to control everything. I can go to my neighbours to borrow a stepladder. People give us furniture and clothes. Our local grocer lets us have food he cannot sell. Sometimes a pheasant that has been run over finds it way into our pot. The cupboard is filled with tinctures and jams made from the hedgerows around the house – wild cherries, damsons, sea buckthorn – the logs in the basket from the dead elms.

There is a lot of happiness in these moneyless exchanges. Because somewhere deep inside everyone is that song, that desire to give to life. We like to be generous. We are taught to be mean and possessive, but we long to give, to have those small conversations over the fence, to break out of a mindset that keeps us locked away from life and from each other. Somehow we have to learn not to be fearful, and get in line with all the wild things and ecosystems of the planet. Nature works because everything is intimately connected and depends on everything else. It works by exchange. You take, you give back; you give, you receive. That’s the lesson you learn in the ordeal: there is a bargain you make with life on this planet. It’s a hard bargain, something you might come across in the old folk tales or stories of initiation, but in truth can only undergo.

When push comes to shove, you give your gift. What you are born with, what you have in your hands at the end of the day. You give it all away. That’s the deal. What do I give? I write. I write in praise of everything I see. I write in praise of the people who are learning to love their neighbour and not worship Mammon. I write for Vernon and the bird flying thousands of miles towards the small wood from Africa. It’s a story that has cost me everything to tell, and yet gives me everything I need in return.

Because the song does not just belong to the bird.