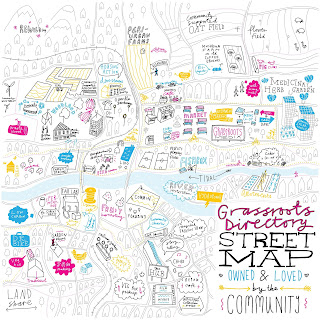 They belong to a new mood that is now shifting the country politically and economically and most of all in the hearts of its people. If you know of a project near you do get in touch with us at info@grassroots.org. Details about this sourcebook and its aims can be found at www.grassrootsdirectory.org.uk. We would love to hear from you.
Posted by Charlotte Du Cann at 12:50 No comments: