The Stage in the Woods

Just about to set off to Uncivilisation Festival where I'll be giving a talk and workshop called Rewilding the Self - Earth Dreaming Bank on Sunday and also co-curating the Woodland Stage (see below). Looking forward to meeting up with everyone. Hope to see you there!

This is one of the stages where it’s all happening this year at Uncivilisation. Made from cob and wood and standing in a beechwood glade, this small theatre is a perfect set and setting for performances with their feet on the earth. When this  photograph was taken it was midwinter and the Sustainability Centre was blanketed in deep snow. In spite of the weather, seven of us had crossed Britain and converged here to organise this last festival. Some of the background to the programme was discussed at the Woodland Stage as we sat around its open fire at night in the fierce cold (helped by a dram or two of island malt!) 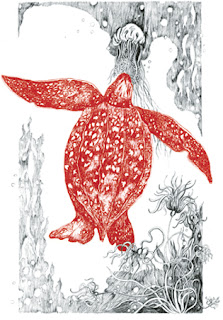 By day this space is traditionally the literary stage at Uncivilisation and has hosted all kinds of writers and writing-forms, from poetry readings to small publishing houses (at night it transforms into a music stage). Last year I appeared on its rough boards by happy accident. A workshop was cancelled at the last minute, and I stepped in to talk about my book, 52 Flowers That Shook My World, and share some of its insights. One of these was about a concept called Land Dreaming Capacity, which is an Okanagen word for the human body. The native people of British Columbia saw human beings as the language makers of the planet. They gave the trees and the sky names and sang their praises, connecting everything that took place within the territory as the seasons turned, as generations were born and lived and died. It made sense of their being here.

My own feeling that writers are people who haven't forgotten that capacity, that we retain a loyalty to the planet and in everything to do we keep naming the world and making our place within it coherent. So this stage in many ways reflects the writers' art of keeping those vital connections alive. In 2013 this is an urgent task. We are writing against great odds. And yet, like the nightingale in the fairy tale who sings more sweetly as he presses his heart against the thorn, that the harder the times, the more intense and beautiful and courageous can be the response: you drop what is unnecessary and get down to what really matters.

What matters to me in a dark time are the writers who can face reality - intelligently, beautifully, generously - and make you feel that whatever you do in praise of this mysterious earth and your small life here, has meaning and value. In an industrialised world governed by denial and illusion the ability to live - creatively, expansively, wildly - is a possibility I hope this wooden stage will hold for one fleeting weekend in August. 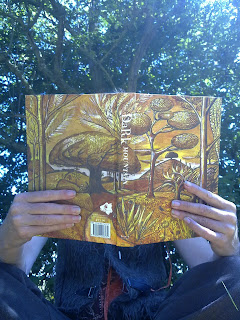 So this year, as the curators of the Woodland Stage we (Susan Richardson and myself) wanted to showcase a breadth of writing that responded to this planetary crisis, and to show how writing is a key to weathering the storm. It's a programme that ranges from the inner relationship between words and the body (YogaWrite) to the collective drama of climate change (Beacons). We wanted to continue some of the strands that Susan and fellow Dark Mountain poet, Em Strang, developed last year, which means a vibrant mix of poetry, prose (fiction and non-fiction), performance, workshops and discussion and an invitation to the contributors of the new Dark Mountain collection to read from their work. Dark Mountain Books is going to branch out next year, so this session will be hosted by one of the DM editors, Dougald Hine, who as well as introducing the writers, will also discuss the future of the press.

One of the key themes in those collections is the shift from a human-centric world view to an earth-centric one. So another strand we wanted to include was the essential relationship between human beings and other animals. Susan is heading up that section and in Humanimal has invited the writer, Caspar Henderson to talk about and read some of his luminous text in Barely Imagined Beings, to be followed by a talk and workshop, Art in Other Skins, organised by ONCA, the innovative environmental art space in Brighton. 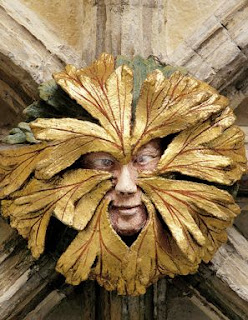 Another driver, discussed in the original manifesto, is the grounding of our words in time and place. In remembering  the land and the people co-founder of Dark Mountain, Paul Kingsnorth and co-producer of The Telling, Rachel Horne, will both recount their unique ways of recording past events. The Wake is Paul's first novel, written in its own language, a post-apocalyptic story set during and after the Norman invasion of England in 1066, Rachel Horne has dramatised the aftermath of the miners’ strike of 1984, through words, poetry and song and will be sharing ideas how art and action can lead to social change.

A performance artist I once knew called Alex Hay told me that the first thing you do in a performance is sweep the stage. You prepare the space and afterwards, when everyone has gone, you sweep up and leave everything as you found it, ready for the next show. That way the space and everything that happens within it has its own hermetic strength and significance. Alex had given up a glittering career as an artist in New York to live out his life humbly in a desert town in Arizona, caretaker broom in hand. That conscious giving up of a city life, with all its dazzling allures, in order to grow down,  is one of the steps the artist and writer make in order to show the way. That strategic step is the shift of Uncivilisation.

Doin Dirt Time is a performance piece about that very move. Based on an interview by Suzi Gablik in her book Conversations Before The End of Time, Rachel Dutton and Rob Olds are about to give away their artworks and possessions and to disappear into the American wilderness. Fern Smith, one of the founders of Volcano Theatre and Emergence, and writers, Phlip Ralph and Sarah Woods will reenact this famous encounter that questions both the role of the artist in society, and what it means to leave that society behind. 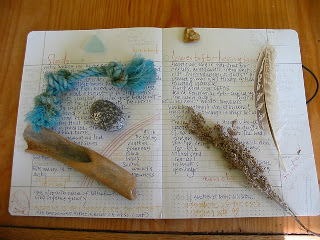 Meanwhile I'll be sharing the practices that revolutionised my own life and writing career in Rewilding the Self. In order to write about that shift you have, as I found out, to become a different kind of person and this session will look at how as creative people we can reshape the way we communicate with the planet and its inhabitants. The Earth Dreaming Bank was originally inspired by a talk given by a psychologist called Stephen Eisenstat, based on a meeting with an aboriginal elder in Northern Australia. Once you have a dream, he said, you have to share it. You have to speak it out loud.

Wruters are not silent, strange creatures who live in a small room, tapping away at a machine (though there is quite a lot of that!) The writer is the one who can boldly stand up and speak out, so that the world can hear another language being spoken, far kinder and wilder than the dominant broadcast of Empire, Uncivilisation is a chance to hear those voices that are often drowned out - the voices of the creatures and the trees, the wind and the sea, ourselves - and forge those imaginative connections that make sense of all places, all times, on this earth. Even the hard ones.

Looking forward to meeting you there (I'll be the one with the broom!)