Holding the world beloved in our hands 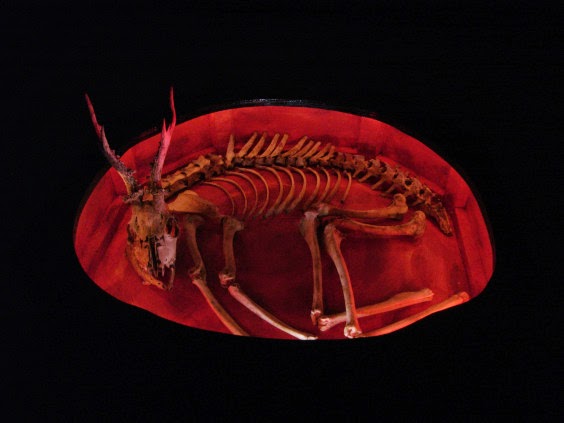 She is heavy, much heavier than I thought, and stinking. Still I carry her down the road and over the gate to the marsh where she was going. It’s a short way, although it seems to take an age to get there, and all the time Otter images are flashing in my mind: Tarka the Otter, The Ring of Bright Water, animal medicine cards where Otter stands for female energy and playfulness.

But mostly I’m remembering Dougie Strang's installation, Charnel House for Roadkill, where the bones of wild creatures are laid in scarlet-lined caskets. How he found a dead badger on the road one night and drove home with the windows of the car open.

I have only encountered an otter in my imagination before and the reality of its presence is unnerving, forcing me to look, feel and smell the creaturehood in my hands as the cars roar past Hen Reed Beds. The blood and guts, bone and fur. The stench that is partly her own powerful scent and partly the smell of decay. I lay the form gently on the side of the dyke and am shocked by a feeling of cold fury that runs through my hands.

The scent of dead otter stays in my nostrils for days.

Roadkill encounters feature strongly in the Dark Mountain canon, partly because they directly challenge our human-centric view of the earth. There are two stories in the new Spring journal and one of the paintings is made from the hide of a roadkilled roe deer and the smoke of fallen birch trees. “To create an image of themselves in life” as the artist, Thomas Keyes explains.

You feel it is some kind of test. You want to drive past on those empty country roads, but sometimes you have to stop, feel the smoothness of snakes and the prickliness of hedgehogs, notice the unbearable beauty of bird feathers. Hold a dying rabbit against your heart.

Gary Snyder once said that the collective karma in respect to our treatment of animals was massive burden we had to contend with: and if you look at the number of campaigns that call for a halt to hunting, zoos, SeaWorlds, deforestation, mega-farms, abattoirs, fur factories, badger and bear culls, you will see why. We are hell-bent on pushing the animal kingdom out of our dominion – without realising we push out our own humanity at the same time.

In a map showing the weight of animals on the planet, human beings take up a large section, exceeded only by the cattle they raise, and in smaller proportion, pigs, sheep and goats. Elephants occupy a small corner, and tiny dots represent the rest of the wild animal kingdom. The otters weigh less than a feather.

Somehow we can’t look this reckoning in the face. We know this is way out of kilter, but we do not know how to right the balance. Or maybe buried beneath our rational minds, deep in our own creaturehood, our blood and guts and bone, we do but are unwilling to step into the territory.

My friend Cyril once found the skin of a mountain lion in a flea market in Nice. So he bought it and went up into the mountains, and lit a fire for the animal’s spirit. He had prayed and buried the skin under the trees. And we were quiet when we heard his story. Because we had all once lived in places where the wild cats had roamed and heard them roar in the canyons. And deep down inside us we knew that to live where wild things have their place is to live in right relation with the planet.

And it is a hard, hard thing to look at the psychotic and cruel things human beings do to their fellow creatures – and have always done – without turning away and wanting to play with totem animals in our minds, or watch them in nature programmes. Or simply to blank the fact out. 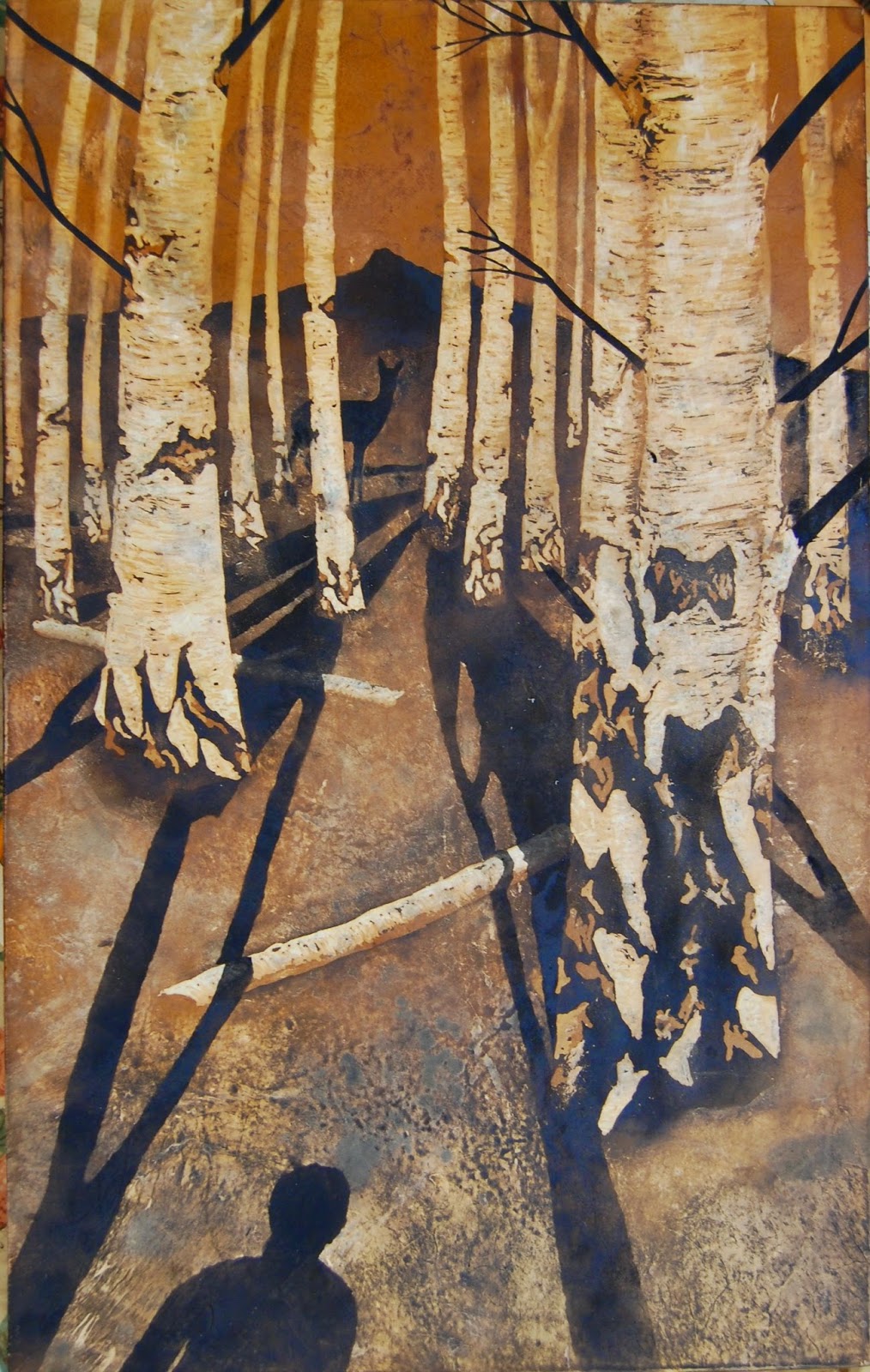 I live in agricultural country, big arable fields skirted by reed beds, where most wild animals are considered vermin. Fox, rabbit and deer are all shot at night from military-type vehicles. The suburbanisation of our lane over the last decade has caused a once lively population of hares to disappear from view.

This year the barn owls also vanished. 2013 was a catastrophic year for the owl, even in their stronghold of Suffolk. The harsh weather conditions and increased use of rat poison has reduced their numbers to a mere four thousand pairs.

I had gone to the Big House to have a drink together with our neighbours. The six of us had all converged years ago in defence of this lane against a development, and, although we live in different social spheres there is still a kinship between us. I asked about the owls who had once nested in the oaktree in the drive. Had anyone seen them? No one had. Rat poison is badly affecting their numbers, I said.

“We use rat poison,” admitted the lady of the house. And there was an awkward moment then as everyone - bird lovers all - sipped their small glasses of prosecco. I wanted to be polite, but couldn't. “91 per cent of barn owls are found contaminated with it,” I repeated.

Some days I stand at the window at dusk and look over the pastures to where the owl used to fly, a ghostly presence flitting past in search of voles, mice and young rats, and feel his absence keenly.

I wouldn’t say it was grief, more what the Apache call a 'pain in the heart'. You have to let the ache be because to escape from the feeling would be to join the cognitive dissonance that afflicts the rest of the neighbourhood. You don’t want to rage (though so many times I have) because that blame and hatred fuels the unconscious even more. You need to act, if you can, support the people who fight for owls and foxes and hares. Then you have to remember how it was when they flew over.

One day when the conditions are right, you say, you will come back. As the tawnies call to each other in the oak trees. We are still here, are you, are you?

Around the equinox I went to visit the goat willow that grows on East Hill, a small mound overlooking the wide sweep of reed beds outside Walberswick. It is huge tree, perhaps the largest I have ever seen, and we come here each Spring as part of the year’s flower pilgrimages: snowdrop, daffodil, lily-of-the-valley, seakale, sea lavender. I love to lie down beneath its golden branches and listen to the bees gathering pollen. It has a mighty effect on your sense of wellbeing.

This year the tree’s crown had been smashed by the big winter storms and many of its top branches were broken. And yet in spite of the damage, it emanated the same feeling of exuberance and calm. Its spirit was intact.

And I remembered then the goat willow I had sat down beside and wept the year cows and sheep were being slaughtered in their millions across the land. Its trunk had been partially burned by vandals, but still there were catkins about to burst out and buds of intense green. I had gone to the wasteland by Port Meadow to connect with the animals’ spirits and apologise, which was the only thing I felt I could do.

And though my heart was sore, something in the tree’s resilient presence would not let me become overwhelmed. You have to grow your roots, even when your branches are cut. Life does come back, I knew that then. But I also knew we had to not let the destruction continue. And how could we do that as a people in an institutionally heartless world?

In March as part of the No Glory campaign, a speaker from Norwich Stop the War Coalition came to our local library in Bungay and talked about the millions of young men who died in the trenches of France and Flanders during the First World War. It had been organised by a member of our local Transition group. This was not a wellbeing walk, a Give and Take Day, or any of our usual events, nor is the Transition movement political. And yet we gathered in a space so that a history that still caused a collective grief 100 years later could somehow be addressed.

Quietly and slowly several people told of their grandfathers and great-grandfathers who had survived the war and yet never spoke of it. Some finally spoke – or sang – as they lay dying, remembering their comrades on those muddy fields. The Great War is a trauma that runs very deep in the English psyche and the loss of whole bands of men from the surrounding villages can still be felt.

I realised then that no matter how many seed swaps we organise, or plant monographs I write, if these things are not done in another spirit, in kindness and with full awareness, they will affect nothing. To restore the wasteland demands more from us than event managing or clever words. It requires the kind of spirit medicine you feel from the goat willow, when you bury an animal with honour. For regeneration the conditions have to be right.

The superficiality of our minds and our unfeeling wills trample easily over the statistics of men and beasts killed in the name of Empire. Our hearts know differently but keep silent, because we have been bullied for aeons not to utter a word. Soldiers famously lost their ability to speak in the face of the horror at Ypres and Passchendale. And still now It is hard to speak out loud about war or factory farming or deforestation, even among our fellows. It is hard to mention rat poison to the people in the Big House. We don't want to look at the industrialisation of the planet, and our implicit agreement in the slaughter. We want to be polite and well-thought of, and for nature to be our solace, our plaything, our quiet Eden. 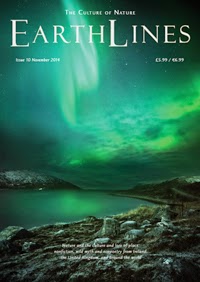 But to right the balance we have to pick up the otter when we find her on the road and acknowledge that this lithe, female, watery being, whom we have loved in our imaginations all these years, might not love us back in reality.

And we might have to work very very hard to get that relationship back. And we have to do this work because without the otter, badger and lion, without the spirit of the willow trees, without the hearts of young men, we are going nowhere.