Medicine of the Heart 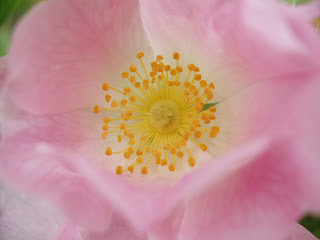 I once loved a man called Marko who had scars all the way down one side of his body. He was an artist and photographer from Slovenia. He climbed mountains and down into caves and sometimes for his art would scale cathedrals and towers and stage all kinds of death-defying happenings. During one of these events he tore across an icy lake at high speed in a gas-fired chariot and it blew up underneath him. His body was covered in burns and he lay inert in a hospital bed for weeks. He thought he was going to die.

One day, the nurses put a little baby in his room. The baby was completely wrapped in bandages. Marko was six feet seven and when he told me the story I imagined them there lying together in that hospital at the brink of a civil war, the tall man and the tiny baby and how in that encounter something extraordinary happened. The man started to struggle for his life.

The nurses put the baby there on purpose, he told me. I had given up. But when I saw the baby was worse off than myself I had to make the effort. My heart went to her. 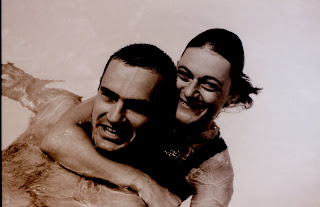 This is a medicine story. And if I could tell you all the medicine stories I heard in my travelling days I would. Because those stories are about how life turns around just as you think it’s about to end. We need more than anything now these stories of restoration and regeneration because they hold an opportunity. If there is one theme that unites them all it is this: the transformation moment comes when you realise it’s not just about you.

Here is one of another kind: I am in Italy aged 29 and a man called Francis is putting a wild pigeon in my hands. It was caught in the chicken coop today. When you hold something in your hands, you are responsible for its freedom, he is telling me. You have to know what that feels like. Years later when we have parted ways and our life journeys have taken us to opposite sides of the world, I will ring Francis as he lies dying and he will describe to me the shape of his room and the terrace garden he has made outside. And that night I will dream of a wild pigeon that is beating itself against the window in my room and I will go to the window and set it free.

I was going to show all the herbs you can still grow or find outside your door that help with all those ailments the pharmaceutical companies claim are dangerous unless licensed: thyme (anti-bacterial), rosemary (tonic), marigold (lymph cleanser), chamomile (anti-inflammatory), st johns wort (spirit reviver), nettle (mineral boost) dandelion (urinary tract), elder flowers (fever and chills) and berries (immune booster). How the best thing I ever did for my inner well-being was to banish self-pity and the feeling of having done something wrong. I was going to talk about how our global industrialised food system causes so many modern illnesses: heart disease, obesity, cancer, diabetes, allergies, the collapse of the immune system, depression, attention-deficit and other childhood difficulties and that to radically change what we eat is not only better for ourselves but also the planet and the people of the world. And then I began thinking about medicine.

Medicine is not the same as health, nor is it to be confused with healing. At one time there was a lot of talk about healing the planet and “dealing with your stuff”. But most of us didn’t deal with it, or if we did it never did what we imagined it would: make everything OK in the world. We sat at the edge of our neuroses and complained about our parents not treating us right. We went to therapists to take the pain away. We did special diets and exercises, looked at our reflections in the mirror and said we loved ourselves, laid our hands on each other’s bodies, imagined we were important shamans, said mantras and meditated, and still the world was burning in front of our eyes.

Now we don’t have time or money or resources to lie on the psychotherapist’s couch or fly off into the Amazon rainforest for ceremonies. We have to wise up quick and see that health is not a personal quest for a better life anymore. To face the reality that climate change and peak oil bring to communities everywhere means we have to become physically resilient, mentally agile and emotionally clear. We need to make wise decisions, to deal with complexity, to see the world in terms of systems (rather than in black/white, good/bad polarity) and for this we need to be fired up. We need to be deeply and powerfully connected to that place inside where the medicine stories speak to us. We need our hearts.

In industrial societies we are taught to think in data and facts and figures, to be non-aligned with natural life. We are programmed to be out of step with the rhythm of our own blood and heartbeat, out of time with the rhythm of the year. We are trained to sit still and escape into our minds, into the feel-good places with artificial sounds and frequencies. Unconnected to our real selves, to our wild and free spirits, we remain trapped in ways that are hard to see or articulate. Shrinking away from the hostilities of the world we live in a contracted state that is also a state of emergency, locked into the repeat cycles of grief, hope and despair. The living systems of our bodies which need to be in harmony with the living systems all around us are artificially set apart. 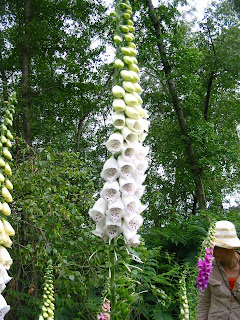 To be truly healthy, as Paul and Mark have already suggested this week, we need to realign ourselves with the natural world, relax, slow down and step out of those concrete boxes that keep us hemmed in. This is as much a work of imagination and feeling as it is physically walking outside the door. The shapes of earth are round, sinuous, warm, fluid; they’ve got rhythm and colour, depth and movement. They are shaped like mountains, like snaking rivers, rippling grasses, the undulating coastlines, our bellies, our hair. Everything in nature beats in accordance with our hearts. Everything has correspondence and is related by its kinship.

The shapes of civilisations on the other hand are unforgiving: hard-edged, geometric, superficial, exaggerated and cold, their colours, harsh and unreal. None of them bear relation to us, except to our indoctrinated minds. We are educated to believe that the artificial systems of our civilisation are superior to the living systems of earth and that our natural correspondence with them is not only unnecessary but dangerous. These systems require huge amounts of energy from both ourselves and the planet to uphold. Because they are mechanical however they are always entropic. At some point the strain they exert on the natural systems creates too much toxic by-product and those toxins begin to affect the whole. We get sick. The world gets sick.

Many of us are aware of this. Some of us are aware that these artificial systems are poised to break up, unless we radically reconfigure the ways we use energy and consume resources. What we’re not necessarily aware of is the kind of medicine the earth and ourselves possess. And that between us we have the knowledge and the wherewithal to rectify koyanisqaatsi , our world out of balance. But to do this we have to give up the control of our minds, our obsession with power, and above all we have to give up our hostility. We have to come from a deep and fiery place inside in everything we do and be prepared to let everything go.

In this endeavour the way we have been artificially configured works against us: the world’s empire keeps up its hostile broadcast, 24/7: it dictates our thoughts, runs through our emotional bodies. We experience everything personally, but it isn’t personal. Our fears are not unique psychological problems, but the result of being socially intimidated into a particular perception of the world and giving our vital life-force to uphold it.

The empire shuts us all down, keeps us small and silent in its low repressive vibration. Stuck inside our interior narratives, we allow the old power structures to hold sway. Everyone tells us it is our problem, that we don’t fit, don’t succeed, don’t feel at home inside our own skins. We feel overwhelmed by responsibility. We close down, protecting ourselves from civilisation’s furious gods and systems, while we wait for a magical elixir, for the paradigm to shift miraculously on its own. But the fact is it doesn’t shift on its own. We have to shift. We have to move our bodies, our minds and most of all our feelings and make space in that fearful clutter that lives in our heads and our bodies.

We have to move out from our defensive positions, from our stuck inner worlds to be the kind of bold, radiant individuals that can deal with the challenges of powerdown, of constructing a just and meaningful low-carbon world. That's a big medicine. Maybe the strongest and bitterest medicine we ever came up with as a species.

In modern life health is considered as a physical concern and sometimes a mental one. We know it objectively as something that goes right or wrong with our bodies. We fear sickness and old age and keep death at arm’s length. We look at our human form critically, obsessively, as if it were a defective genetic machine that needs servicing, rather than a fluid mysterious intelligence that shares the same asymmetric shapes as moving clouds or ocean waves or the tail of a tiger. As a touchstone for an extraordinary work of alchemy. 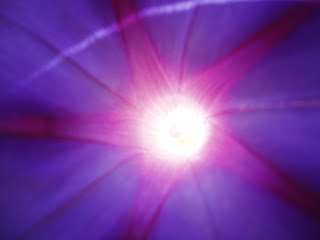 We live most of our lives on that head and body vertical axis, whereas most of our meaning, our connection with life and with each other, with all creatures on the planet, happens on the horizontal one: the axis of feeling and spirit and the bridge between the two, our hearts. If there is a crisis in the world it is because our hearts as a people have not been in play. You cannot connect with the restorative capacities of earth with the moral, monodimensional, clocktime, right-and-wrong mindset of the industrial world, you access it with your creative ancestral imagination, with your deep, feeling heart as people have done for thousands of years.

To connect with that heart is the work of medicine. It’s a story of empathy and a story of liberation. Something stifled in us needs to come alive, break out and remember. We need an encounter with life to do this. We need to rekindle a relationship with all living forms, with our own form, know our breath as the breath of life, like the wind that blows through the leaves, learn to be fluid, not hold on to things, experience time and neighbourhood in a different way. And to recognise everyone who crosses our path as kin. As someone who can open the door.

Listen! Francis said and put an egg in my hands. I put it to my ear Tap tap tap: a chick was pecking its way out of its shell into the unimagined vastness of the world. I had been wrapped up in myself, far away from earth, and suddenly I was looking into his eyes. I wanted to get through to you, he said.