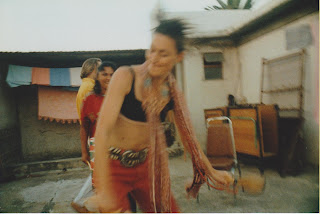 This is a post about a song. It's a song I've been singing all my life. You could say all our lives are a song. Or a harmony, or a rhythm. Sometimes the song is a lullaby, a threnody, a torch song, a protest song, or a requiem. It's something we sing on our own, or accompanied by other people, a capella, andante, allegro, con moto, ma non troppo. Sometimes the song we sing goes at a different pace, or is in a different key than the sounds amplified by the machines that surround us, which makes it hard to hold the note, to keep the beat on our own. Sometimes we long for people we can sing it with, and sometimes if we are lucky and the band is playing, we find them.
Little darling it's been a long and lonely winter . . .

I heard the song when I was eight years old, and sang it loudly as I went up the ski lift on the snowy meadow in the Austrian Alps. Behind me was Hermann, our instructor, whom I loved completely with the heart of a child. It was a glorious day. I was away from school, away from home, with my friends and the mountains sparkling all around me. I was in a new country and I felt free for the first time in my young life, as if I had stepped out of a black and white photograph and into a moving rainbow-coloured universe.

I didn't know the words (for the song had not yet been written down) but I knew the feeling. And you could say in those fifty-something years since, I have been faithful to that moment. I learned to sing this song in the heartless institutions of the world, in the corridors of power, in sad suburban houses and crummy hotels. I have sung it the bookshops of London and Bristol and Edinburgh, in an American gaol and in a Kent garden on May Day, in an orphanage chapel in Mexico, on the underground station in Santiago de Chile - in two,three and four part harmony (with a little help from my friends). When I first joined Transition I sang this song at the Heart and Soul group in Norwich, I sang it at Mark's 50th birthday last week - with Mark.
It seems like years since it's been here

Music is many things. And like everyone else in this culture I could trace my passage through life and all its tempestuous relationships through certain songs and symphonies. I spent my youth carrying a cello around, playing in scratch orchestras, singing in school choirs, queuing for hours for cheap seats at the Royal Opera House and the Festival Hall. I listened to Radio Caroline as it rocked in the North Sea outside my school dormitory window. I danced to the beat in the Meat Market in New York, in the Cafe de Paris in London, at a hundred parties in warehouses and mansions and slums. I danced to Aurelia's drum and Mark's chant on the rooftops in Oaxaca and made Julianne smile. You broke my heart open, she said, like Spring. I interviewed the country singer, Garth Brookes in snowy South Bend, Indiana, and he told me: the struggle is everything.

he ice is slowly melting

Maybe it was the 24 hour non-stop salsa bus ride to the Ecuadorian coast in 1990 that did it. But at some point, the music stopped. Mozart is driving me crazy, I said to my musician friends. All those bloody notes! They looked at me horrified. But it was true. Mozart was giving me a stomach ache. I felt as if I was stuck in a claustrophobic room and couldn't get out. Pretty soon I couldn't bear Beethoven either, or those gloomy Romantic composers or swoopy sopranos. I felt stuck in History, in a record that was going round and round.

And then it happened with Joan Baez. It's not that I was a big Joan Baez fan, but I was listening, wrapped up in a song she wrote about Dylan called Diamonds and Rust and I realised my feet were not on the ground. The song was taking me somewhere vague and nostalgic, somewhere out of time and out of place, and then abandoning me. I wanted to stay in that song, in that sad and poignant feeling, but it wasn't real. It was a path that led nowhere (which, in many ways, is what the song itself is about). I felt as though I'd been tricked. And pretty soon after that I realised that's where most music takes you, out of yourself, off-planet, never quite delivering you to the place you hope it will. And then leaving you in silence, longing for more.
the smiles returning to their faces

So what has any of this personal stuff got to do with Transition? There is a really positive side to music; it can lift you up, make you get up and shimmy (I still really love to dance), it can break the ice, make you smile. But there is a treacherous side to it too, and culturally at this point we would be wise to realise what those dangers might be. In spite of the brilliant, right-on lyrics that Jon has been writing about in the last three days, music is also mass distraction, an escape from reality (most assuredly from the hard facts of peak oil and climate change) and has been highly manipulated by the advertising and entertainment industries. It can make us believe we have freedom in our grasp and are connected to the whole world, when in fact we are as trapped as caged birds, stuck in our interior worlds, listening to i-pods. Lost in a trance, in the world of fairie. 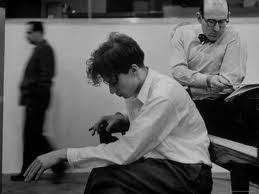 Sometimes I listen to Bach's Goldberg Variations in the conservatory (I read once that plants like baroque). And if I had to keep one piece of classical music it would be this one. It's played by the recluse and keyboard genius, Glenn Gould. All thirty variations are played according to the same tempo. That rigour makes it one of the most exciting, on the edge, exploratory pieces of music ever written.

One of the key ingredients in The Transition Companion is Momentum. If you don't keep up the tempo, the project, the group, the initiative you are in won't hold. There will be nothing to depend on, no centre, no falconer for the falcon to return to (as Yeats would term it). The whooshy, feel good moments and ideas you might get at the start of Transition won't bear the reality of day. The Empire will demand back your allegiance and all your time.

Music is a tough business, as anyone who knows about the lives of performers (classical, jazz, rock, folk) will tell you. Audiences demand sacrifice and perfection, and many musicians are crushed, like butterflies on the wheel. Transition is tough too. It requires us to keep to the tempo of our hearts when the frenetic pace of the world goes too fast for them, it requires us to hold a harmony, when there is dissonance all around us. It requires us to change frequency and tune into the earth and not go off key. To succeed in our task will take practice, courage, rigour and most of all love. Love for the planet and for human liberation, for which we sing our song, even in silence. For the feeling of being free in the mountains on a blue day, free and light as a bird. 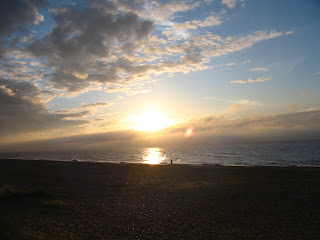