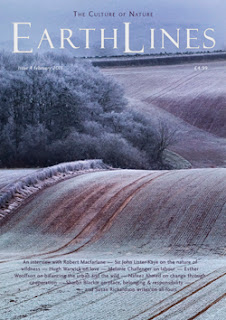 This week EarthLines publishes its fourth (Winter) issue. You can order your copy here.  During 2012 I have been writing a regular column for EL called Life in Transition. For Issue 4 I wrote about Recconnecting with the Ancestors; this is the piece in Issue 3 (Autumn) that begins at a reading for 52 Flowers.

“Have you seen nature spirits?” asked the woman who had come to the reading at my local library. “What do you mean?” I asked, playing for time. Because I  knew, of course, exactly what she meant.

Do you believe in fairies children?

In the theatres of England children have been clapping their hands together to save Tinker Bell from death for over a hundred years. But even though I spent my childhood in Kensington Gardens, playing hide and seek around the statue of Peter Pan, I only ever saw trees in trees.

“No, I haven’t,” I replied. But I have seen dragonflies, and bees.”

I have heard the thunderclap of a peacock butterfly as it flew past in the garden, and felt the shocking vibration of a hummingbird as it hovered between my eyes on the mountain. I have walked at night through a field of glow-worms, gone swimming in a sea of phosphorescence and wished upon a shooting star. I have seen a lady orchid gleam like a torch in the dark wood in France. I have heard the valleys of Wales sing like a male voice choir. On a snowy day among the hoodoos of Utah I heard a pipe playing far below and did not know whether it was a man down there or Kokopelli, as the sound wove around the red rocks like a snake.

I have experienced these things, and felt my heart jump. I have been held too in the spell of theatres and fairytales, and felt the sadness when the show is over and the parade has passed by. I have felt the gloom descend in the small unglamorous rooms of cities, and longed to escape again. Oh, the lights, the lights!

I know now which feelings I trust, and those I have let go.

Miles to go before I sleep
I’m in the beech woods at the Uncivilisation Festival in the Hampshire downs and Jim Hindle, author of Nine Miles is talking about his experiences during the road protests of the 1990s. As a teenager he spent months living in the canopy of English oak trees nearby, where motorways now cut through the chalky land. 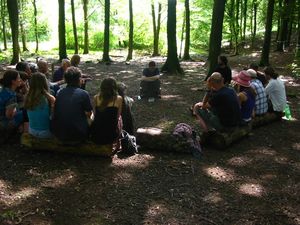 “It was hard,” he said, talking of one oak-clad valley, “not to fall in love with it.”
We are sitting in a circle and the trees around us are hung with slates commemorating the people who defended some of the most beautiful country in England. It’s a theme this year at the third Dark Mountain festival and one that is pulling me, where other debates about poetry and psychology and myth are not. There is an urgency and a poignancy about these stands against the machine of “progress” that feels real, a testimony I need to hear. How far would we go to put our life on the line for life itself? As road building is now resurfacing (46 major schemes are presently going through the planning process) and forests and mountains and oceans are threatened across the planet, it felt like the key question we needed to ask ourselves, as activists and writers and earth-defenders.

She was our sister, our mother and our lover, he said. It was difficult not to feel what was happening. as the trees and the streams were killed all around them.

I am not knocking wonderland. At night, under the stars at this festival, strange creatures emerge from the woods in the shape of dragons and hares, ravens and stags, to watch the humans as they dance a Brythonic dance around the fire to the music of bagpipe and violin. They are weaving the threads of  mythic story into our lives, and we love them for that. We live in a mundane world of dispiriting statistics and carbon emissions, and the depiction of the earth as an environment and ourselves as an unwanted population, does not speak to the deep ancestral places within us, or with our human hearts.

It’s hard to defend life when it is being quantified by scientists, even those who argue that Gaia is sentient and atoms acts like consciousness. We need the mythos to fully comprehend its complexity. We need the sound of pipes among the stones and trees to feel at home. We need to fall in love with places to belong. What we don’t need is to escape into another heartless realm, ruled by superbeings who consider humans stupid and servile. We need to know what being human requires from us, and how wild nature is intrinsic to that knowledge. What part perception plays in all our liberation.

Breaking open the head
One thing I know: when you shift out of your rational objectifying “left hemisphere” mind, you can see the fabric of the earth through your mythic “right hemisphere”, informed by the feeling of your heart: you can experience beauty and intelligence in the tiniest of flowers and the hugest of mountains. But there are obstacles in the way of this kind of perception. Our ancestors did not see the earth as a motorway view from a car window. This way of seeing has been systematically flattened by the schools of civilisation, and our desire for other deeper, more resonant dimensions distracted by an entertainment business that has been running for thousands of years.

There are many ancient warnings against humans losing themselves in fairyland, in a deathless world of godlike athletes and fairy princesses, of starlets and enchanted mansions, places where the party never never ends. These realms demand an inhuman perfection from mortal beings and hold us all hostage as we watch their performances transfixed.

But the earth -  wavy, wonky, pied, feathered, freckled, slippery – traps no one. It is a place of change and liberation. All empires know this in their own way and strive to keep their human workers caged in a mono-dimensional world, disconnected to its multi-dimensional nature. The shiny shows with their highly-managed emotions are part of this cage. They are a replacement for the true feelings of our hearts.

Nature meanwhile is presented as being something outside ourselves, under control in enclosures, categorised and protected by Science. We are informed by intelligent people, who teach us The Facts, that there is no such thing as “wild” anymore. It’s all gone, they insist, disappearing whole forests, mountain ranges, tigers, glaciers and butterflies with a dismissive wave of the hand.

But of course it is not: the wild is everywhere, penetrating the geometric heaven and hell of the civilised world that feeds on it, like a varroa mite on the back of a honeybee. It exists, even in the stony fabric of the cities, in the flowers between the train tracks, in the rain that slides down the windows, in ourselves - in the encounters we have had with the wild places, in our memories and imaginations. In the rivers and rocks of our bodies, in the wind of our breath and the roar of the oceans in our blood. Maybe if we had a keener sense of what that means we would be urgently putting ourselves in the way of the machines that cut down and divert the natural beauty world. Maybe we would be less keen to give the trees to gnomes and goblins, and our gardens to devas and instead pay attention to what being human requires of us.

But some of us have run widdershins into the Snow Queen’s realm, lured by the promises of power. We find ourselves trapped on the Lake of Reason. We cannot hear our sister call us, we cannot hear our grandmother’s drum. We have forgotten who our lover is, who we are ourselves. The Queen has frozen our hearts, and we are stuck in squares and pixels, crystallised, haughty, cold, indifferent to all who visit our house. Something needs to crack us open and break the spell. Someone needs to bring us home.

Long shore drift
On Southwold common the circus stands deserted. The pier is empty and the beach awaits the matinee performance, where each day people come to take off their clothes and immerse themselves in sea and sunlight, to touch the wild edge of the kingdom. It is early morning and I am floating like a starfish, moved by currents down the coast, sand martins skimming the surface, a seal swimming below and sometimes appearing, a sleek head looking strangely like my own. 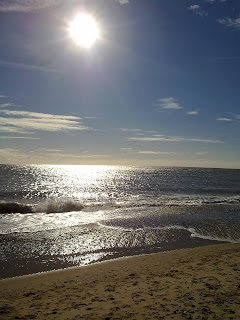 It seems to me in such a moment that the most radical act we can do now is to make ourselves at home on earth – at one with sea and bird and creature - and remember how that feels, and keep remembering. That these brief encounters become our measure, rather than the bright exception in our lives. That instead of secreting them away like a holiday postcard, and consoling ourselves with entertainments, we bring that moving earth-sea feeling into everything we do, that kinship and closeness with all beings into every exchange we have, and most especially within ourselves. Because the most dangerous machine we have to halt is not the digger in the woods, but the one inside our own heads. And the greatest ally we have in this action lies in our own physical form.
Wavy
Wonky
Dappled
Feathered,
Freckled
Slippery
Warm
Alive.