Today's post looks at some of the subjects we will continue to report and reflect on during this crucial year. 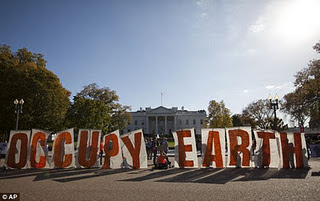 As the struggle for global resources - energy, minerals, agricultural land, water - increases we'll look at the widespread pressure for social justice and protection of the earth. As the corporate control of the world tightens (1%), we'll reflect on the collective movement for democratic change that began in 2011 with the (99%) protesters of the Arab Spring and continued with the indignados of Spain and Greece, and the occupiers of Zuccotti Park in New York and hundreds of cities around the world.

As the government continues its austerity drive and support of the City of London and the banks, we'll keep supporting those involved with land rights, community ownership, and defence of our public services. As well as facing the hard and difficult issues, we will include the positive moves that are changing the restrictive patterns within our social fabric. We'll be looking at the grassroots movements that create an alternative infrastructure as the global economic systems falter, a "downshift" culture of sharing resources and skills: neighbourhood energy schemes, alternative currencies, community kitchens, CSAs. 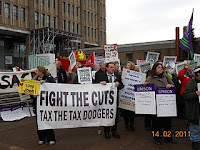 We will be looking at the bigger picture set within a local framework and highlighting subjects that are often ignored or minimised in mainstream culture, from climate change to nuclear energy. We will be making links between all these subjects in order to further strengthen our common intent to bring about a fair, sustainable and connected OneWorld. We hope you will join us!

In 2011 we relaunched ourselves as a blog with a party at the EPIC Media Centre in Norwich and decided we would keep posting our columns each Saturday and also invite guest writers to contribute and include occasional news and events posts.

We started the year reporting from the front line of the cuts, as the February demonstration in Norwich rallied on the steps of County Hall. Guest writer, Andrew Boswell, wrote about the closure of essential child protection services, Jan Ainsley about the threatened NHS and Mark Watson about the Lowestoft Against the Cuts Public Workers Strike Rally later in November.

2011 was an activist year, in which progressive groups came together as never before, and though we continued to write on traditional OWC issues, such as military power and parliamentary reform, there were unexpected events appearing in the world and in our columns - most strikingly the people's movements in the Arab nations and the Occupy movement in the West. Trevor Philips wrote from the squares in Athens, Charlotte Du Cann from Hay Hill about Occupy Norwich. It was a year where the word capitalism no longer belonged to the rhetoric of the left. People started to look at the economic system by which we have lived our lives, discuss systemic collapse, responsibility and solidarity. Mark Crutchley reflected on financial tipping points and peak oil, Rupert Read asked: Are we a consumerist or a producerist society?

None of us had any anwers. 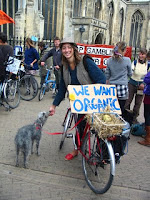 But one thing we knew: like all civilisations who have risen and fallen, our future will be determined in terms of our relationship with food and energy. As land grabs increase in Indonesia, Africa and China and climate change destabilises the growing patterns of many of the world's staple crops, we looked at the depletion of fish in the oceans, the diminishing water tables, protests against the proposed introduction of GM farming into Britain and the agricultural lobbying that goes on behind the scenes. Marguerite Finn looked at the way food is treated as a commodity and speculated on in the global markets, as we considered the warning signs of collapse in the decline of bees and the negative effects of factory farming on our collective health and well being. 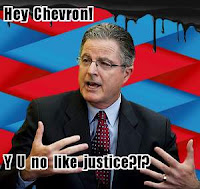 Some of our 2011 posts concerned peak oil and looked at the accountability of the companies still making huge profits from fossil fuels and the cost to the environment, the climate and local people. At the same time we celebrated the resistance to this, such as the KEYSTONE XL Pipeline campaign. This protest against tar sands oil had its first success last year as 10,000 people surrounded the White House and the proposal to run a pipeline from Canada to Texas was delayed, awaiting further research. This was the biggest environmental protest in the United States since the 1970s and over a thousand people were arrested including 350.0rg organiser Bill McKibben and James Hansen, NASA's top climate scientist.

There was also widespread protest mounted against the equally "unconventional" shale gas extraction, a process called hydraulic fracturing, or "fracking", which halted excavations in many places in the US and also in Britain where the process is being trialled in Lancashire. There were several national campaigns launched, as the countryside came under further threat for housing and road development (not least in the local NDR proposals) and bio-mass and biofuel power stations, planned to be built around the British coastline. Increasingly it became clear that these moves were sparking a popular re-engagement with politics and ethics, that had almost disappeared from contemporary culture. Reflecting on these shifts, we considered putting ourselves on the line and creating an alternative to the mainstream media that insists that the world will thrive when economic growth returns in a business-as-usual paradigm. We know it won't. 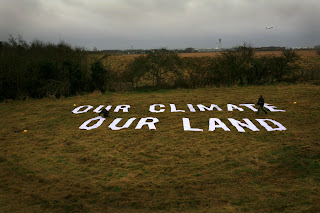 If you would like to contribute news or features to the OneWorld Column please get in touch at oneworldcolumn@gmail.com