A Day in the Life of a Transitioner 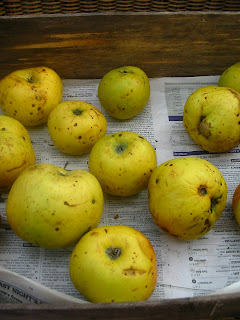 It was cold when I woke up last Sunday. The jackdaws were gathering in the fields and there was a hard frost on the ground. Ah, good I said to myself. Then I sighed, put on two large jumpers and went downstairs to put the kettle on for coffee and a hot water bottle. Switched on the computer and got down to work. It was 7am.

How has Transition changed my life? Utterly, completely, forever. This is not how I would have started a Sunday morning several years ago. I would not, for example, have known why the birds were feeding in the arable fields, I would not have rejoiced in and lamented the frost, thinking simultaneously of the vegetables and the fruit trees that need a winter to flourish and the shivering people in the Occupy encampments. I would not have put on two recycled jumpers or got down to write a blog at 7am. The central heating would have automatically warmed up the house, and I would be up around nine, thinking about my private world, lying in a hot bath.

I could go through each moment of that Sunday and every detail would form part of a Transition narrative: from my breakfast millet (Sustainable Bungay buying group) and apples (our Produce Swap day) to our neighbour's car that we now share. But most of all it would show how that narrative is shaped by the times I go up to Norwich and my relationships with the people there. 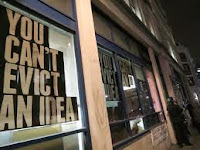 Here I am at 11.30am talking to Kit at Occupy Norwich about Occupied Times in London. I've put some stuff in the kitchen, I tell him, freegan soya and some organic Suffolk potatoes and onions. It's really cold on the streets at Hay Hill, and they are hard pressed, holding an anchor in a week when the Occupy camps are under fire and yet still organising an arts festival in the city this weekend.

Afterwards I head up to the Forum to meet Mark and Marguerite from the One World Column where we discuss the rota for our weekly blog. We have lost two valuable writers this year. Can we keep going? We look at each other, knowing that we will keep going because something larger than our small lives impels us. Because we are not just Mark and Marguerite and Charlotte. We are also Greenpeace and the Norwich Carbon Reduction Trust, Stop the War and Transition. At lunchtime I go onto a meeting of Dark Mountain Norwich where ten of us discuss an event we are planning in June over celeriac soup and skip oranges in Diana's main room. Here we are, writers, students, scientists, artists, filmmakers, designers, singers, makers, in a circle as the event self-organises before us. Holding a space open so the future can happen, responding to the times we are in. And none of us strangers in this endeavour. 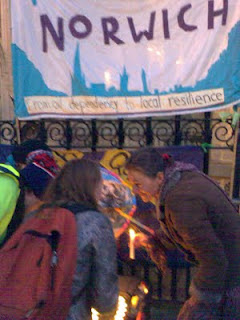 Here I am in the centre of Norwich where once I just came to visit the market, the library or go to a film. Here I am where every street corner I see now through Pattern Language eyes, through the meetings and events I have experienced with Transition Norwich. Here I am outside the Forum where the Low Carbon Roadshow opened the Earth Hour, where I protested against GM potatoes, lit a candle for Copenhagen. Here I am in Bethel Street going past the police station where I once sought a licence for our first Transition Norwich party, past The Greenhouse which hosted the Low Carbon Cookbook's inaugural meeting, where This Low Carbon Life crew meet to discuss the rota. Here I am with people I would never have met had I not been in Transition, able to make this easy passage between different movements, as we link up like the imaginal buds of an emerging butterfly.

How does Transition change your life? Utterly, completely, forever. Because if you embrace what it does, in the way my fellow reporter Jo Homan wrote about so beautifully last week, it will turn your life upside down - like a love affair. It will satisfy you in a way no consumer dream can ever do. It will broaden your intellect, it will engage you with the physical world, the earth and your own body, it will break you out of a tyranny of isolation as Mark wrote on Monday, and all the self-pity and antagonism that goes with that state. It will make you empathic with your fellows, connect you with the spirit of the times. And most of all it will give you back yourself. 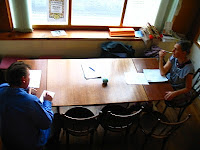 Because in the old world I am, like everyone I else meet, negligible: a nobody, struggling to appear like a somebody, so some institution or 1%er won't come down on my head and crush the living heart and soul out of me. But in Transition, in this emergent future we co-create, I know my presence is as vital as frost and winter apples - and so is the presence of Kit and Mark and Marguerite and everyone at Diana's that Sunday. Our meeting up means something. And those conversations we have bring a depth and immediacy into our lives that is hard to put into words. Somewhere inside us we know it is this struggle for meaning in times of adversity that makes everything in life worthwhile, even suffering of the greatest sort, as writers from Vaclav Havel to Viktor Frankel have testified. 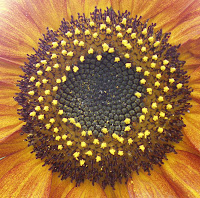 Our skills and abilities that job centres and governments consider negligible have complete meaning and relevance here. In the three years I have been in Transition my own communications skills, which have no worth in mainstream media, have resulted in hundreds of posts, four community blogs, two newsletters and a fledgling national newspaper. They have brought all kinds of people together and allowed us to relate our own experiences, where none of us had space or context or impetus to do so before. I have been able to pass on my trade of writing and editing - the great art of telling your own story-which-is-not-just-your-story. Thanks to Transition I have visited my fellow social reporters around the UK, met up in Finsbury Park, covered the Sunrise Festival, the Uncivilisation Festival, the Conference, and this May will publish a book I never thought would emerge into this sunlit world.

Sometimes you put your life on the line for a vision. It is a small light that burns inside you on a cold day. It appears to take everything you ever loved away, and then it gives you everything you have ever loved back. It's a return story. It's our return story. The story we tell the world, as we walk down the mountain, in the dark, together.
Photos: winter apples from Bungay Community Garden Produce Swap; Bank of Ideas at Sun Street, London; lighting a candle for Copenhagen outside the Forum, 2009; Josiah and me at the Greenhouse, just before the first Low Carbon Cookbook meeting; sunflower detail by Mark.
Posted by Charlotte Du Cann at 16:27