Welcome to our Transition Themes Week #12. During this week we'll be looking at some of the practical projects Transition Norwich are engaged in from Energy Lookouts! to Norwich FarmShare. We'll also be hearing about the new Abundance project and its mapping of fruit and nut trees, as well as a great car-sharing offer in the city. We start however with communications and the key look at the frame in which Transition sits.

It's easy once you get involved with the detailed focus needed in maintaining projects to lose sight of the bigger picture. So this week, as well giving value to all our micro works-in-progress, we are also keeping an eye open for the macro - those big planetary drivers, from climate change to resource scarcity, that inform our on-the-ground narrative for change. Simeon Jackson will give an update from the Economics and Livelihoods group and our guest blogger, Mandy Meikle, will be reporting on Peak Oil. As the Transition 2.0 film has its preview this month, here's a reflection on one of the key communication tools in keeping this bigger picture in our sights - the grassroots cinema. Vision on!


It's no go the merry-go-round, it's no go the rickshaw
All we want is a limousine, and a ticket to the peepshow
(Louis MacNeice) 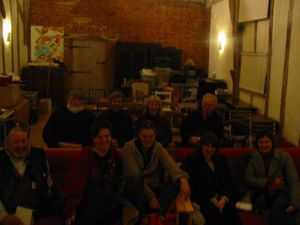 The first thing you do is show a film. It starts with Power of Community. It starts at the 11th hour at the End of Suburbia. You go against your wishes, lured by a love of documentary, and find yourself talking animatedly amongst strangers about Life at the End of Empire, asking whether you can come to the next core group meeting. In these films there is a moment when you realise that life is not the fairy tale you have been taught to believe. It's the moment you join Transition.

The second thing you do is take the camera into your own hands. Or rather, you have it thrust into them and find yourself instructed by The Producer to interview people as they gather for the 2011 Transition Conference in the bar.

"What right now, here, Ed? I've only just arrived!"
"You're part of the media team. No time like the present."
That's another moment. The moment you realise you are in it for the long haul.

Today we are taking a look at Transition and Film Media and reflecting on how films influence the way we think, feel and move in changing times. The documentaries we go to see and the videos we make ourselves. Films powerfully affect the way we perceive the world. They can maintain the illusion that everything is fine by providing us with entertainment and feel-good escapes, or they can confront us with reality. We can be mesmerised by the shiny surfaces of our fossil-fuelled civilisation, lulled by official everything-is-under-control voiceovers, or we can look behind the scenes at its unglamourous workings for ourselves. 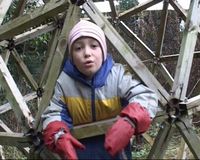 To find the Inconvenient Truth means you walk down another path, enter unfamiliar venues and make connections you might not have thought of before. You walk past the neon signs for the latest thrillers and romantic comedies at the city multiplex. You notice the small poster at the local newsagents or on the Parish notice board. You stumble under the stars across the common to the barn where Sustainable Bungay and Waveney Greenpeace are watching Robert Newman's The History of Oil, or down a side alley to sit on the studio floor of Unit 6 to watch Transition 1.0 at Transition Norwich's First Birthday celebration. You come across these films by surprise: in temporary cinemas in festival tents, in village halls, in converted Volkswagens, powered by bicycle dynamos, or any number of inventive community spaces where the new In Transition 2.0 is being previewed this month:


It was shown in Lewes Town Hall, The Dukes in Lancaster, at the Watershed in Slaithwaite, the town building in Wayland, US, in the office of Project Lyttelton in New Zealand, in the fire station in Moss Side, a front room in Wilkinsburg, Pennsylvania, US, a Hindu temple in Tooting, a school in Finsbury Park, a hall in Tokyo, Japan, in ‘Cinema Paradiso’ in Auroville, India and in a village in Portugal. (Rob Hopkins) 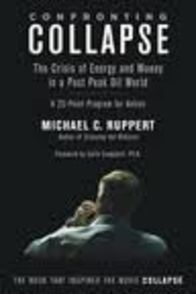 In these places you find yourself in an audience that is as much at home watching films about community growing projects as it is watching those about Collapse. Committed organisers run these film nights regularly alongside the initative's food and energy projects to give the necessary frame in which Transition sits. They show the bigger social and environmental picture that we do not see in our small everyday world and, perhaps more crucially, provide a meeting place where we can pay attention to the issues which are rarely discussed by conventional media, or at the supper table amongst friends and family.

Although often considered to be just an early part of forming initiatives, these impromptu grassroots cinemas are a key part of the culture of Transition. They not only enable people to celebrate the movement through showing the In Transition movies, but also maintain awareness about fracking and peak oil and economic collapse and the facts about our industrialised civilisation that are normally kept hidden from view. To join up the dots in our own fragmented minds and come to different conclusions.

What are these dots? It's the panel discussion about climate change at the premiere of The Age of Stupid in Cinema City , it's the on-line debate about Transition and activism sparked by the documentary Just Do It! It's an empathic response to Josh Fox's Gasland, to the industrial food system in Food Inc, to the consequences of the oil we consume every day in Joe Berlinger's Crude.
It's any number of YouTubes we watch daily, recorded by citizen journalists around the world: from Happy Birthday Grow Heathrow! shot by Felix from Transition Brixton, to The Revolution is Love with Charles Eisenstein (Sacred Ecnomics) at Zuccotti Park. It's the animated Fossil Fuels in 300 Seconds narrated by Richard Heinberg. It's the new Crisis of Civlisation film where you can makes your own remix. It's Transition Norwich watching itself Unleash and celebrate its third year. Standing with Nick, being filmed by Tom at Occupy Norwich. It's the effort we make to join these moments up and make a coherent picture. 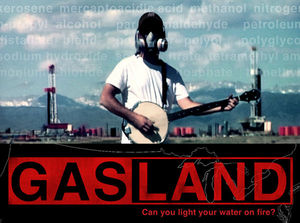 There are many that argue that communities don't want to look at shocking films and they are not an inviting way to market Transition. That they are not well-made enough, too disempowering and depressing, too American. It's true: a lot of people are stll enamoured by the matrix of conventional media, caught up in the star system, who prefer BBC spin and Hollywood fantasy to reality, but that does not mean that those who want to keep our eyes open should not show them to the world. Even if only a small group gathers to take part, that collective focus and discussion are taking place where none happened before. It takes practice to engage in a complex multi-faceted way of seeing the world, instead of following the familiar storyline of baddies and goodies, the happy ending, and the OK Corral. Reality has its own powerful allure. And a shared reality even more. 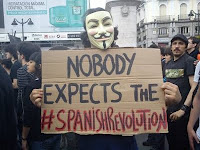 In Liverpool I am looking for "the story". I have been giving workshops on Social Reporting (that will form the basis for the national Transtion blog), holding a shaky camera for an interview with Ben Brangwyn, interviewing Rob Hopkins about the forthcoming Transition Companion, but I haven't found that aha! moment that makes sense of everything. I am about to stumble upon it. While the open mic is in full swing in the bar, two Transitioners from Barcelona are holding an impromptu screening of two short films and a follow-up discussion. Many of us in the audience have no idea what has been happening in the squares of Spain this summer. Many of us also have not heard each other speak about about the economic issues raised by the indignats of Europe. It is two months before the word occupy will run like wildfire through the grassroots media.

As the YouTube flickers against the wall, I can see the story. I don't care about the production, or the fact there are no actors I recognise. I am not here to escape, or dream the American dream, I am here to create a new narrative. I can hear it in the voices of the people, taking the microphone in the squares, I can hear it in the voices of the Transitioners standing up to speak in the room. It's a world where we are the director, the cameraman and the crew. We are the actors and we are the audience. It's a world we are creating together as we take the production back into our own hands.


Sustainable Bungay/Waveney Greenpeace in the barn watching The History of Oil; Collapse with Michael Ruppert; videoing at the Transtiion Conference wtih Ed, Mike, David and Adrienne; still from Transition 1.0; Poster for Gasland; cardboard notice in Barcelona, May 2011
Posted by Charlotte Du Cann at 15:33