Coming down the dark mountain

Transition is not a stand-alone movement. In a recent interview for the Transition Free Press Shaun Chamberlin commented that one of its unsung capacities is to connect and cohere other progressive initiatives. This week is an exploration of how some of us do that 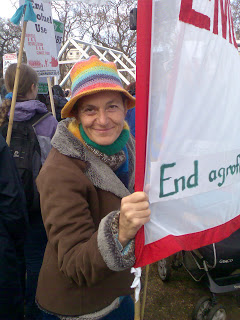 Most campaign groups have a single focus, but Transition has many (87 Ingredients and tools for starters) - food and economics, inner work and group dynamics. Instead of putting energy into confronting the business-as-usual mindset of the industrialised world, it puts it into building social and practical infrastructures for a future when that mindset begins to lose its grip on reality. Backed by a network of similar initiatives in cities and towns in the UK and elsewhere it can provide a secure base from which to proceed.

But Transition can sometimes be stodgy and small town in its approach, and lack the radical and activist dynamic to challenge the status quo and the corporate grip on our neighbourhoods. At the Transition Conference three Transition groups discussed their response to threats in their communities by taking a strategic part in local campaigns (NO to Costa, anti-fracking in Wales and Plane Stupid). When I wrote a post in 2011 called lock on it was widely held that Transition should not take part in any activism. But when the local library in Bungay (Suffolk) was threatened with closure we did not hesitate to back the campaign to make sure it stayed open. How could we not: many of our meetings and events were held there and we built the community garden in its courtyard? It was, in many ways, our home.

Sometimes you have stand by the places you love. 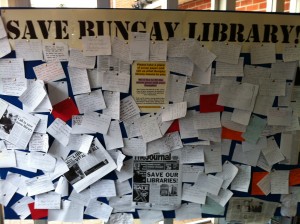 In Transition Norwich we have stood alongside many like-minded initiatives, from the Campaign for Climate Change to FoodCycle to Zero Carbon Britain. We've taken part in protests from Anti-GM to Norfolk Against the Cuts and published posts by campaigners across the city on our blogs. When the Occupy movement took off last year we took part in the general assemblies held at Hay Hill, where Occupy Norwich was camped for four months.

One of the highlights was a three hour discussion about climate change. Even though this is a principle driver in Transition, most of us have never made time to actually sat down and talk about it. So much of our energy goes into building the infrastructure of an initiative and maintaining it there is rarely any time to discuss these subjects at depth. Sometimes you feel constrained by politeness, by its civic and psychological language. Occupy provided that edge and that conversation : you could go to the camp at any time of day or night and go straight to the deep and urgent stuff and be surprised by the kindness of strangers. 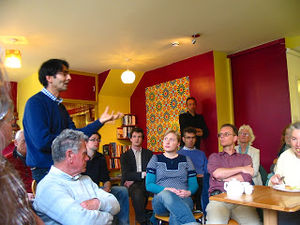 However, I might never have slept on that pavement or gone with my hand-made rocket stove to give a talk about breaking out of the industrial food sysem, had I not been in Transition. Searching for a new narrative makes you bold and able to talk with progressive groups and food initiatives wherever you go. Often people diss Transition for not being strong enough on the environment, for not going into the poorer districts of town, as if the movement has promised to solve the crisis of capitalism with a fairy wand. Mostly however, this is a symptom of a competitive monoculture. We are programmed to reject any new ideas, the way pesticides work on crops (all visiting aliens will be eradicated!) and to allow a new "partnership" narrative to emerge, you have to let your defensiveness slide.

We’re bridge makers that's our job. We join dots and don't get derailed if people tell us the trouble with Transiton is . . . or call us hippy or usual suspects. It’s our business to find the connections between the myriad groups and projects out there and pull us into the same conversation. To really forge the future we need to work as an interconnected system: that means many different groups working in different areas, connected by a communications network. The Project and the Press are part of that network. And so is the group I want to talk about: 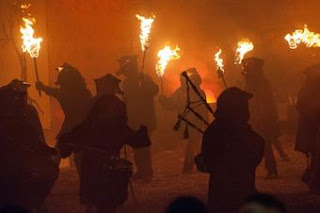 "If Transition is the Village then Dark Mountain is the Shaman"

Dark Mountain Project is neither a political campaign, nor a community group. In some ways it is as hard to define as Transition. Stemming out of a manifesto written by Paul Kingsnorth and Dougald Hine in 2009, it soon developed into a book, then a festival, then a movement. It is both a cultural response to a collapsing world, and a network of people who gather to make sense of that collapse. 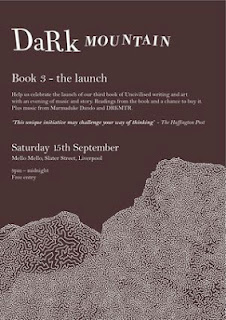 I came to the Mountain last year as part of the Social Reporting Project and wrote a blog based on a conversation around the fire at the Uncivilisation Festival with several Transitioners:


There’s all the intensity of a Transition debate here but without the concerns of the Village, worrying about whether “the community” is going to come to your event, or understand you, or fund you. No battle with the Council, no struggle to get Other People to do stuff. No psychology or sitting around in a circle talking about your feelings. Everyone understands you.

The festival struck a chord deep within me that Transition, for all its complexity, does not reach. It speaks of rain and birds and ancestors and everything I am putting myself on the line for. Organised by writers and thinkers, unswervingly generous about each others' work, the Project forges creative relationships that are hard to find in Transition. When I was offered some press and publicity work this spring it was the first time in years anyone had given me work on the strength of my writing. I’m not an expert, I warned them. That’s OK none of us are, was the reply.

What the two networks have in common is providing a meeting place and platform for people who know that the story our parents told us about our world is not holding; that the socio-economic model we have taken for granted most of our lives is not only precarious, but is socially unjust and environmentally destructive. As a people, hemmed in by denial and illusion on all sides, that meeting place is crucial. As the manifesto states Dark Mountain does not seek solutions, it holds a space so that a different narrative can be created. Not another monoculture but an “uncivilised” culture that is diverse in its expression as an eco-system. To be part of that creative edge is what pulled me: to listen to the stories that people are telling around the fire, on the edge of the forest, in tune with each other, intellectually sharp as a scythe. 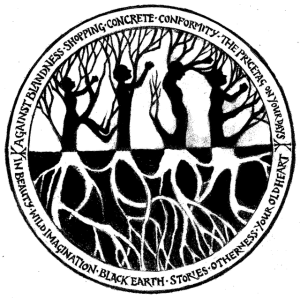 This week Dark Mountain Norwich is meeting up for our monthly discussion. We'll take food and our Transition friends from Bristol, Kristin and Sim. We'll sit down and discuss deep time and paradigm shifting around the table, and design an event we hope to hold next year. We are from many places: students from the UEA. from Austria, Denmark and Germany, Ava from Devon, who is researching Dark Mountain and Kev from Norfolk, who took the first video of Transition Norwich way back when the whole thing began in 2008.

The world comes in full circle, that's what you learn, when you connect the dots, when you come down the dark mountain. It's the circle that will make sense of everything, when the old world finds itself at the end of the line.


This post first appeared on the Social Reporting project as the introduction to the week on Associated Movements.
Posted by Charlotte Du Cann at 17:57