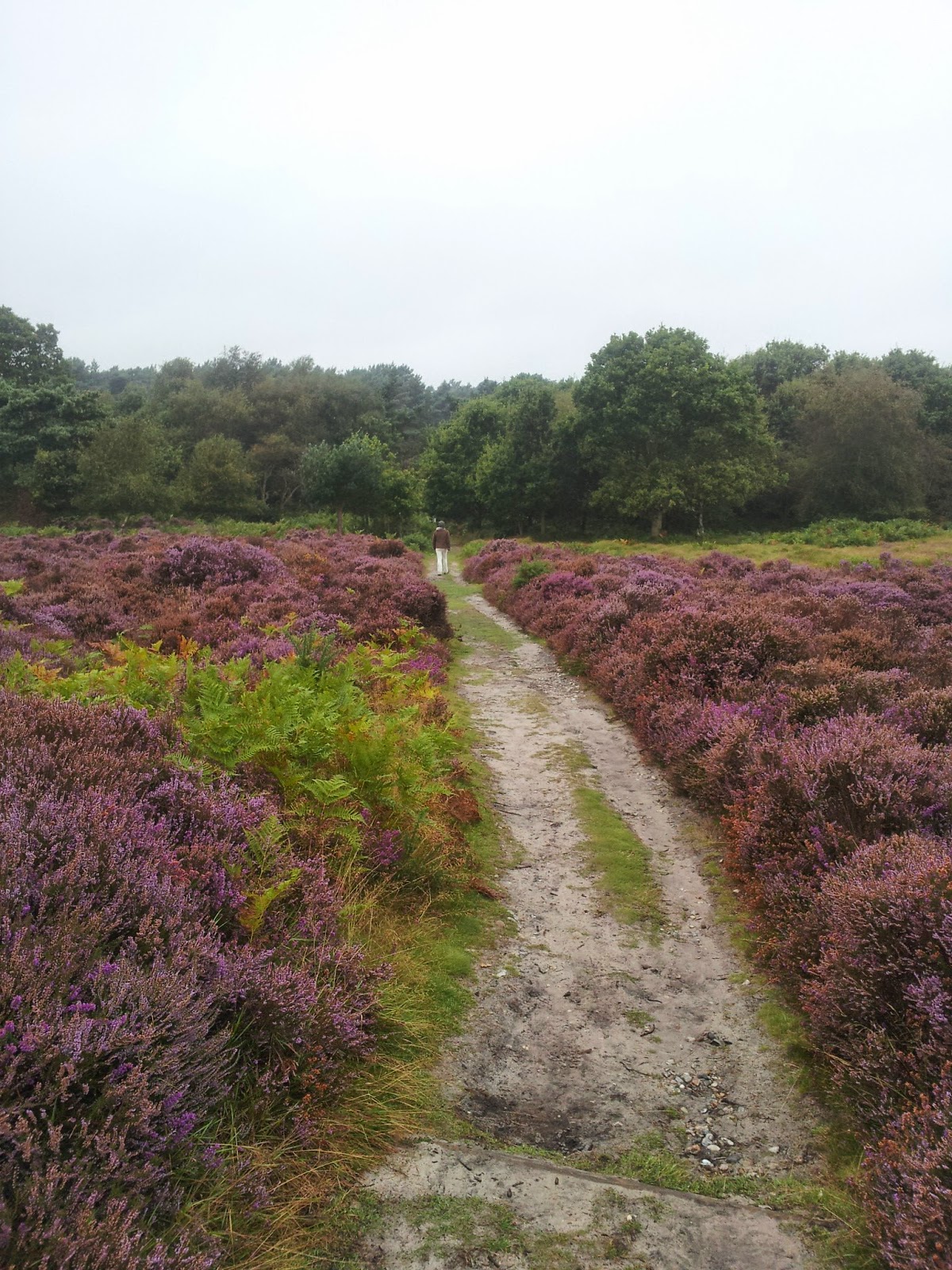 As the new edition of EarthLines is posted all over the country, here is my Life in Transition column for their winter issue, on history keepers, relocalisation and anchoring yourself in the neighbour- hood.

I am lost amongst the heather, at sea in an ocean of dusty fragrant purple. Walking down the coast towards Westleton, I’ve taken a cut across Dunwich Heath.  I do this walk almost every year as summer tilts into autumn, but somehow I always lose my way. I’ve arrived at one of the silver sanded tracks that wend across this luminous landscape, fringed with birch and lime woods.  Do I go left or right? The left will take me back to the visitor centre, which peeks above the Scot’s pine like a cliff top beacon, and the right will take me towards a place I cannot see.

I’m not going to get it right this year either. I will plunge myself into a repeat cycle: following the path that goes alongside the reed beds, getting frustrated, losing time, asking visitors who know the heath even less than I do, and finally,  taking a risk, I will double back on myself and come across a tall old man with a scythe cutting bracken, who points out the way.

It turns out I was on the right path all along, just going in the wrong direction.

Anchors
Last week my neighbour David Moyse was buried in the local churchyard. His grandparents once lived in my house, a brick cottage tied to the local farm. His grandfather was in charge of the horses that ploughed all the surrounding fields, his father was the village blacksmith. In the church, listening to his childhood friend Ruth talk about his working life as an engineer, it sounds like a litany of enterprises that were once intrinsic to every country neighbourhood: the dairy, the laundry, the school. 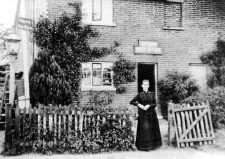 For a decade we talked with David over his gate. About the weather, about flowers, about making wine from rosehips in a bucket. I had found his leeks one winter dusk on a stall made from an old pram and something in me felt exultant as if I had suddenly found harbour after a storm. Later we stood together in defence of the lane against a tourist development, and the action broke a barrier that sometimes exists between ‘incomers’ and local people with deep ties to the land.

The following autumn David gave me a bag of his home-growngreen tomatoes, and I made chutney for both our larders. It was the first direct exchange I made in my new neighbourhood, and the encounter formed the basis of most of the Transition pieces I then wrote about making ourselves at home. David gave us wood when he chopped his trees, he lent us his mower when ours broke down. But most of all he was always there at the top of the lane, like a guardian of the place, the church steeple keeper and key holder, the history man of the village. We always waved at each other, as we cycled by. Here we are, here we are!

For years I yearned to return to the countryside I had once encountered when I was young. For a long time I thought this was a nostalgia for a summer seaside childhood – an escape to a rural idyll from a cynical city world. When I came to live in Suffolk I realised it wasn’t a personal longing: the sparkling sea, the rustling marsh, the big sky, the oak that spread its arms wide, the scent of marram on a hot July day were all part of my becoming a real human being. Which is to say a human being who is at home on the Earth. This wasn’t just about having a relationship with the land. It was also about recognising the people who were already anchored in the territory.

David was like the country people I knew when I was a child, who were fierce and yet kindly, who grew cabbages and dahlias in their gardens, who knew the names of the birds and kept their tools in good order. And although we were from a different generation and different backgrounds, we loved the same place.

When he died, it was as if a great ship had been unmoored, and you could no longer hear its mast stays rattling in the wind. That’s when I realised at some point you have to become the kind of people you want to see in the neighbourhood. And perhaps the greatest gift I have gleaned from Transition is a narrative, a frame of how to become an anchor in a place. A chance to start again.

Relocalisation has been a task. Because there is a big restlessness in the world. I am one of millions of disconnected people yearning to belong, who at the same time, are pulled and pushed by a culture that demands that everyone moves all the time. 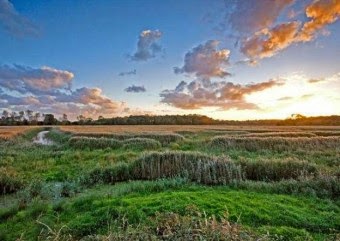 There are stats you come across when you run a newspaper about grassroots activism that make the environmental and social challenges we face very clear. One of them is that 86% of energy in the UK comes from fossil fuels. The other is that the UK also has the richest and poorest neighbourhoods in Europe. We are more unequal and less prepared for a low-carbon future than most other countries.

When I first came to the lane I interviewed a man called John Minahane who had given up his city life to live in the country. He was the warden of a reserve, rich in salt and freshwater plants.

“You can make a living here, if you are not proud,” he told me. And though this may be true of many places, you have to have strong reasons for taking a deliberately downward step, and something you love to sustain you. For John, this was a grand vision for a handful of scratch meadows on the curve of the road to Southwold. He wanted to create a habitat for bitterns. And in the last decade of his life he did:  he helped transform those fields into reed marshes, that now house otters and water voles, as well as the shy booming birds he loved.

Looking at the stats it’s clear a lot of us need to take a downward step if we truly wish to live in a sustainable world. What stops us are the pleasures of being a visitor, granted by the use of fossil fuels: holidays, cheap fancy food, the individualistic lives we can control at the flick of a switch. In harder times, our pride will not help us. But nature will, if we can access it in our ordinary lives.

For the last six years I’ve been involved in a collective practice that you can do (almost) for free anywhere: growing  veg, saving seeds, living with the seasons, making plant medicine, walking, wild swimming, foraging, chopping firewood. Learning to see the working of the universe in the small beauty of everyday things.

These are not, I’ve learned, add-on skills: these are skills that signify and embody a different way of being on the planet. In the opening essay of the latest edition of Dark Mountain, The Focal and the Flask, Tom Smith discusses the difference between the technology-based world and a human-framed ‘focal’  one – where cultures are built around the collective focus of a fire. Focal things ‘involve real reconnection with people, species and landscapes… entail greater involvement, greater work and knowledge, greater negotiation with others, all often seen as inconveniences in the narrative of modernity.”

To reverse the destiny of our restless machine-driven world we need to take up practices that go in another direction entirely. We need to learn another way of relating to and framing our lives, the practices another generation knew. 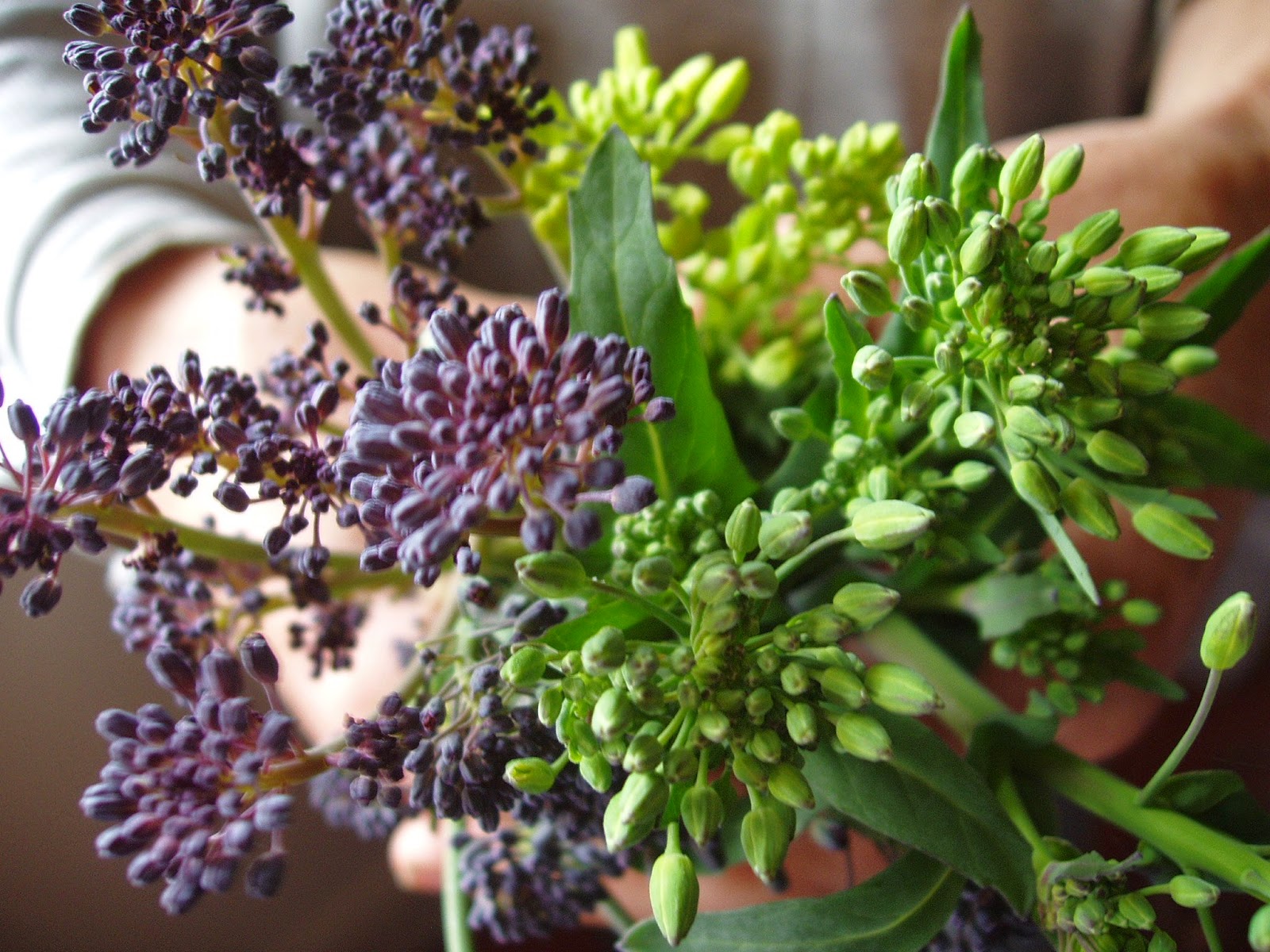 I am sitting beside the last sunflowers, winnowing tiny brown seeds on a tray. They are the seeds of asparagus kale: a monumental and handsome brassica that soars six foot into the air from green-grey leaves. You can eat its tender shoots in Spring like asparagus – or let it flower in golden sprays beloved by bees. It’s a heritage variety you can’t buy from a catalogue, but is one day handed to you by a fellow grower. There are thousands of seeds in these husky pods. Some of them are finding their way into envelopes to be dispersed this winter.

You can’t take a downswing without the planet’s help, and how you get that help is not done by pushing buttons or paying money. It is done the slow way, the hard way, with encounter, with patience, with loss, with solitude, with exchange. By walking in the opposite direction of restlessness. By knowing a place deeply and intimately, and not wanting to be anywhere else.

You can’t become a belonger on holiday or at a festival, on a retreat or at a workshop. You do it by immersing yourself in a neighbourhood over time, and not moving. And when the romance and nostalgia have blown away like chaff from these seeds, the territory will reveal itself for what it truly is. These moments appear like the flash of dragonfly wings, like a shooting star at dawn, and you need to be alert to recognise them:

“You mean Minsmere Woods?” the old man said, as he paused with his great scythe. “Well, if you follow the track over this rise you will find a kissing gate. Go through the gate, and you will be there.”

Dunwich Heath, 2014; bunch of asporagus kale and kale buds from the veg patch; Hen Reed Beds; one of the archive photographs from David Moyse's book about Reydon, The Village Where I Went to School, published by Southwold Press and available from Wells of Southwold or Boyden Stores, Reydon, £7; EarthLines Spring Issue 2015
Posted by Charlotte Du Cann at 11:37