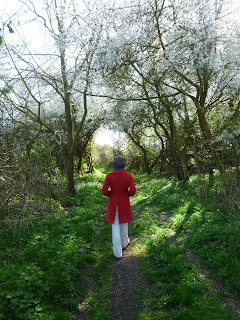 This summer I have taken some time 'off' to focus on two writing projects. One is a book about the mythos of return in times of collapse. The other is a performance/ presentation called 'Divesting for Beginners'. Based on a story I wrote for Dark Mountain called The Seven Coats, it is having its first showing at the Festival of the Dark in Reading on 7th September.

The Festival is set around the solar stations of the annual growing cycle during 2017. At the Spring Equinox, I took part in an ensemble performance called The Night Breathes Us In as the Cailleach-as-Heron in among the reeds of the river Thames. As we head up to the Autumn Equinox, I'll be in a different guise: among the mythical reeds of the Tigris and the Euphrates, celebrating a key moment in the ancient world, as the year goes into 'fall' and tips towards the dark.

Here's the central question of the piece: what connects a 4000-year-old myth and the modern fossil fuel industry?

One answer would be place: the country now known as Iraq, once ancient Sumer, birthplace of the world's first Fertile Crescent civilisation. Another would be dimension: both these stories happen underground. The myth follows the descent of Inanna, Queen of Heaven and Earth, as she steps into the kur, the Underworld, in search of her sister Erishkigel; the fossil fuel is crude oil, that bubbles up from beneath the desert floor and now runs in (mostly invisible) pipelines across the world; the power that fuels every aspect of modern life and is a principle driver of climate change and all the Hadean crises it brings in its wake.

The piece follows Inanna as she goes through the seven gates of the 'Great Below'; and also the track as I begin my own 'divestment', the shedding of a high consumerist culture. At each gate we have to leave an aspect of our upperworld power behind. It's a fairytale turned upside down, a widdershins Cinderella story.

But it is also a physical and imaginative encounter with the planet and the transformative forces that Inanna forgoes her Upperworld privilege and authority to secure. I forgo my place in a city-based world to discover a relationship with the Earth, and with a self that has been suffocated for years, and is now waiting in the dark with the clock ticking. From this position the only way open is to follow Inanna's path and divest from those destructive powers. How do we do that as ordinary people, in our everyday lives, in our actions, in our hearts, as individuals and together?

Here's another question: how do we get off the hook? What kind of people do we need to become for the future to happen? 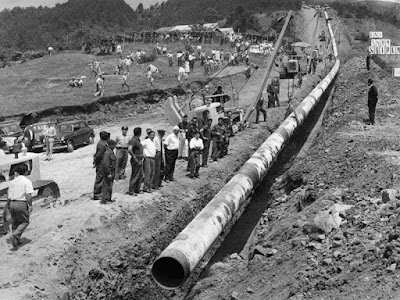 For a long time now I've been trying to find a creative form that could encapsulate the urgent, extraordinary task of powerdown. When I joined the Transition movement with my fellow performer Mark Watson in 2008, our key wake up moment happened watching a film about climate change; when we realised - along with everyone else in the room - that everything that powers our culture is normally kept hidden from sight. Known as the 'End of Suburbia moment' (after the documentary), it was a consciousness-breaking second in which you saw that oil was in everything: from your toothbrush to the clothes you wore, from the food you ate to every trip you took in the car, the train, the plane.

For many of us however the task of enabling our communities to engage in 'Energy Descent' proved overwhelming. Not only did we lack the heft required to relocalise our local economies, but also the ability to dismantle the belief systems that prevent people perceiving the 'wicked problem' we are in, let alone doing anything about it.

What endured was held in the singular idea of powerdown - the reliquishment of our energy-dependant lifestyle. Divestment is usually understood in the shape of climate activist campaigns that pressure institutions - trades unions, universities, local councils - to take their financial investments out of Big Oil and put them into alternative ventures. But this is not the only kind of divestment that can change the culture we live in. In the winter of 2009/10 Mark and I were part of a group in Norwich who cut their annual carbon footprint by half (to four tonnes) and logged the radical effects on every aspect of our lives. It changed everything we did. We did not look back.

When Mika Minio-Paluello, who co-wrote The Oil Road, began the 11-year odyssey along the trans-European pipeline from the Caspian Sea to the city of London, she said she knew was in the long game. People in the divestment business don't give up easily. It's because they see something is awry and won't stop until it gets back into alignment. Innna doesn't stop until she goes through the seventh gate. Even though our original Transition initiatives fell apart, the movers and shakers within them carried on: protesting against the old, building the new. I never turned the central heating back on or went to supermarkets again. We weren't going to unsee what we had seen.

If you look at the nature of indigenous dissent around oil, from the forest lawyers of Ecuador to the 'water protectors' of North Dakota, you see people who have been in the long game for a very long time. They live on the wrecking edge of our civilisation, and do not benefit from its riches. Yet, because their allegiance is to the Earth, rather than a conquistador Empire, their actions are backed not only by their culture but also by the planet itself. These kinds of connection, these roots, are something we, as modern city people, have had to forge for ourselves. 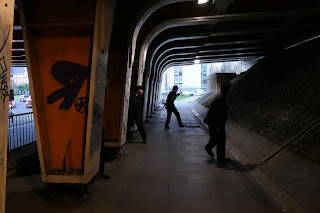 The Seven Coats starts on the day when I stop being a community activist and find myself unable to write the Transition story anymore. When I realise we cannot 'reset' our civilisation because its shiny stories of ascent are holding us in their spell. No matter how many articles I might write about the new narrative, how I might pile them up with scary data or joyful community projects, something was trapping us in an unkind grip. Something wasn't getting through.

Divesting for Beginners takes the form of a performance, or set of instructions, as the actions of powerdown are more a series of moves, of changes of heart and direction, than a linear story. The piece is a voyage through practices that Mark and I developed in order to communicate with the Earth, ourselves and with others. It follows our tracks from the New Mexico desert to the East Anglian waterlands, engaging in what Jeremy Rifkin in The Empathic Civilisation called the dramaturgical, changing roles and positions in order to fully understand life. It's a short performance with interventions (and tea!) to spark a discussion with the listeners of this tale about how we can collectively curb our appetites and transform an extractive culture. 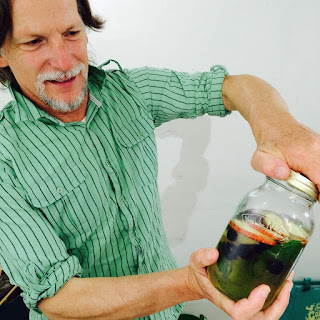 Because one thing is clear: something has to happen inside at a deep inner level to make any kind of effective change on the outside. These existential wake up moments once came at the mysteries or initiations, which provided a core encounter with the forces of life. They happened in caves and kivas, in the dark, at key times of the year, like the Eleusinian Mysteries at this equinox, and often at adolescence.

This descent however is for the grown-ups. Inanna is no ingenue: she is both lover and mother, who in her youth outwitted the god of Wisdom and procured the Me (attributes of civilisation) she wears at the outset of the tale. She knows however that some part of her essence is missing, some depth, some meaning without which she is not whole within herself, or for her people. Inanna goes to find that part buried beneath the walls of the new civilisation of Sumer. She can hear her dark sister bellowing, and knows somehow she is responsible for her wrath and suffering. When Inanna finds her, Erishkigel puts her bright sister's naked body on a hook.

One of the reasons we find it hard to face the facts about collapse and climate change is because there are so few imaginary or real life stories about powerdown. There are plenty of success-through-adversity stories, hero stories, princess stories. You could say there is success in the Inanna story, as she is rescued by her back-up team and is restored to the Upperworld. But it is her downward path that grabs us now as we hear sounds of lamentation all around us for which we are accountable. Because here is a figure who deliberately divests herself of power, not knowing either the territory she enters, or the outcome of her passage. And somewhere in the bones of ourselves we know this is a key to our future: we don't know the outcome of the play. Or whether back up will arrive. We go in anyway. Something is pulling us. It's time.

Images: Wearing the red coat in the blackthorn tunnel (photo: Mark Watson); construction of the Central European Oil pipeline from Genoa to Ingolstadt, 1961; Bearers from The Night Breathes Us In at Reading station, Spring Equinox (photo: Georgia Wingfield-Hayes); Mark shaking up the elements in 'Raw and Wild' demonstation, Bungay (photo:  Josiah Meldrum). 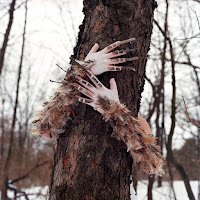 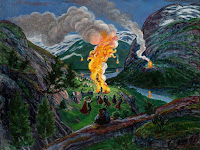 Plant Dialogues, Midsummer Fires How We Walk Through the Fire 5 A Creative Dark Mountain workshop 16th and 23rd June