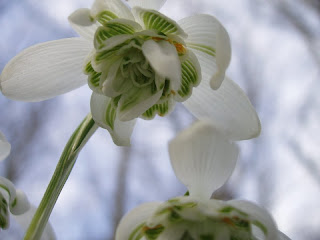 There is a moment when you realise that it’s not really about you anymore. You could call it the Hal moment, when the vagabond prince in the play becomes a king and forgoes his pleasure-seeking companions, or the Pablo Neruda moment when the poet transforms from lover to Communist and begins to write for the people. You could call it the Shine moment, where the introverted pianist stands up to his oppressive father and starts to play for real. It’s not that you are discounting yourself - it’s that the personal you with all its small indulgences, its interiorities and subjective biographical events is turned inside out suddenly and asked to be someone else. Someone who acts within the bigger picture. Your own Spring uprising.

This week something happened in a shop, in the way that some things occur in a quiet lull and you realise you are at a tipping point. Last week was busy: I had gone to all kinds of political meetings from the Sustainable Bungay’s Library event to the Lowestoft Coalition Against the Cuts rally, I had taken part in a protest about the closing of the recycling centre and talked about Zero Waste with our local MEP. I had written a piece about climate change and food security and talked animatedly about world events at the Alex with my colleagues on the OneWorldColumn. 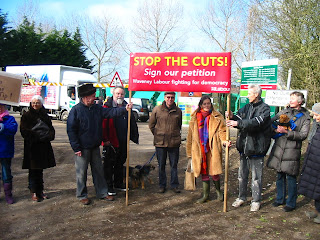 This week was quiet and that’s when I began to notice how the Hal moment is happening to the least of us. We’re not princes or poets or piano players, but we’re waking up to our destiny nevertheless. Even in the small conservative town of Southwold there are campaigns to save the library, the tip and to challenge the presence of oil tankers in the bay. The conversations across counters and in bus queues are all about the public service cuts. Where once we were talking about the weather we’re talking about forests or the NHS. In our local delicatessen we were talking about the millionaire cabinet and I found myself in an argument with une femme de l’ancienne regime who believed the cuts were necessary, especially benefits, and it was hard for the Government to make business people pay their taxes. In a different time I might have made light of things, or kept my counsel, or conceded one or two points. But this time I stood my ground because in that moment I realised it wasn’t just my ground. She backed away. 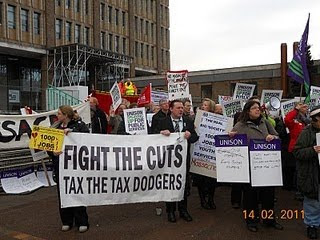 Transition is famously non-political but it’s hard not to be political right now. You can’t just stay secure in your allotment and reskilling class and ignore the storm that is brewing. Every time you take a bus you’re looking at cuts to transport services, every time you take out your rubbish you are looking at the closure of recycling centres and the opening of incinerators, every time you buy food you’re considering price rises and the situation in North Africa. You can’t really talk about community without realising what is happening to that community, the closure of youth centres and drop-in centres, its social infrastructure. Or facing the doublethink of the Big Society. Or how the once-positive word “volunteer” is shifting its meaning towards being a person who colludes with the prevailing order. Discussions about peak oil have become no longer academic. They are taking place within the forecourts of garages everywhere. And the deciding driver in all this is, as Stoneleigh predicted in last year’s Transition Conference, is economics. And a government that has decided to back the banks, rather than the people.

For years it has been about “me” and my consumer lifestyle, but now, in a hard time, it’s becoming clear me needs to be “we”. And as I stood by the counter with Mark and the shop assistants I realised there are a lot more of us who stand to suffer from “austerity” than those who are making the cuts and benefiting from them. We are experiencing an ideological breaking-up of the public sector, implemented by those intent on becoming privately richer and more powerful. And those of us who believe in equality need to stand our ground and not be bullied by those autocratic voices, by those who have been trained to oppress the “lower orders” and get their own way.

Transition has taught me to be bold, to find a language which makes it possible to speak with everyone I come across, to engage in activities and conversations that refocus our attention away from that fossil-fuelled lifestyle towards a low-carbon way of being. Now I’m finding as I move from meeting to meeting it also contains the possibility of a real political function. Because it is not bound by party, it can bring different progressive groups together. Because it is isn’t conflicted by history and past example, it is free to act for the future. Because it is doesn’t attack the enemy and get entangled in negative power struggles, it gives space to what is actually happening, the difficult ethical choices we face as a society. And in that space the old order cannot play the games that they have been taught so ruthlessly to win. Me up, you down. If we want a fair and sustainable world, we can’t shirk these confrontations with Empire. We have to play our part.

In 2011 open space is no longer just an exercise.

Making Sense of the Financial Crisis in the Age of Peak Oil - A presentation by Nicole Foss on 25 March at the URC, Princes Street Norwich. Find further details here.