Confessions of a Class Traitor 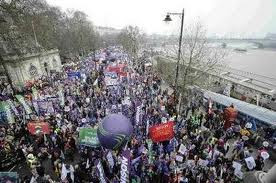 The coalition government are made up of the kind of people I was brought up amongst: proud, ritualistic, acquisitive, obssessed by form, terrified of losing face, with a horror of the masses, all fellow feeling having been ruthlessly bullied out of them. In order to hold its superior position, the ancien regime needs to continually push others down. The more equality and fairness exerts its pressure within the collective, the harder they push. They are, as George Orwell points out in his peerless study of class, Road to Wigan Pier, terrified of losing control and falling. In this they are as much at the mercy of this heartless system as anyone else.

To break out our historical mould we can’t identify with the class we were brought up in, hold on to our positions as victims or conquerors, as righteous Conservatives, as ideologially pure Socialists, we have to let go of them and come together in a new and fluid way. We have to see the world from a common perspective. Because, if we don’t, the corporate elite will push us all down as far as we can go. We will lose everything our ancestors fought for so hard - all our freedoms, all our public services, If we separate and attack each other, we play into their hands. United, we can exert a force that could change how we live on this planet as a people forever. 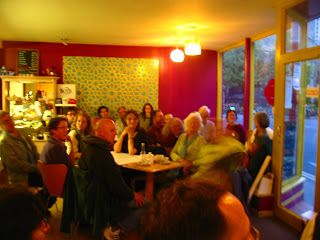 Part of that unifying future story, that radical shift, is that we have to listen to each other’s stories. We have to know what it’s like to be in other people shoes whoever they are, and when we understand begin to act from within a deep frame of change. And this is why I am telling you mine. I fell and failed. I quit my position, my house, my job. Contrary to the cautionary tales was told I did not die in destitution as my great-grandmother did in a workhouse on the Isle of Wight. I found that people are kind and fair and intelligent everywhere you go, so long as you don’t give way to your hatred or rage or self-pity, or close down from fear. What matters is that you give that natural empathy and desire for liberation a chance. History does not need to repeat itself. The French revolution, like all revolutions that followed in its wake, ended in the Terror and the brutal reinstatment of another kind of hierachy. We don’t need another revolution. We don’t need class war. We need to evolve.