Notes from the Sunrise Coast 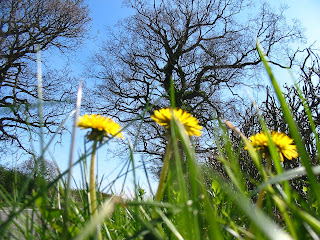 Dawn. There’ a bittern out there booming in the marshes. Soon the blackbird will start singing, and then the wren and the chaffinch. A mist is hanging over the fields and spinneys. The greengage is glowing in the garden. Clear sky. It’s going to be another lovely day. Spring has come so quickly this year it’s hard to take it all in. Last week cycling back cross-country with our vegetable box, I just caught the great goat willow on East Hill in its full golden bee-buzzing glory and the wild daffodils in the woods. In a wink the violets have disappeared and there are primroses in all the ditches, dandelions appearing, and the hedges you flash past are already stippled green with hawthorn leaves, luminous white with blackthorn and damson blossom, searing yellow with gorse. And everywhere the rising scent of alexanders. Oh, to be in England now that April’s here!

I’ve been reading Notes from Walnut Tree Farm by Roger Deakin. Deakin was an East Anglian writer, filmmaker and broadcaster, famous for loving trees and swimming in wild water (in the nearby River Waveney and North Sea, as well as in the moat outside his old Suffolk house). The book is an edited collection of six year’s worth of notebooks that he kept as he was writing his two modern nature classics, Waterlog and Wildwood. 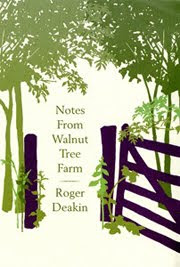 I am not a great reader anymore. But this book I can spend time with happily. Maybe because I feel some kinship with the man who wrote it. I like its creaturehood, the closeness to things, the way Deakin watches the vetch pods snap in the meadow outside the window of the shepherd’s hut where he sometimes sleeps, the sound of birds in the walls, rain on its roof. Most people write about nature (which is to say everything on the planet except for man) at arms length, as if they were scientists poking it about, or as if they own it as property, as an escape, a separate entertaining world from normal life. But with Deakin you are up front with the spiders and dragonflies, ash trees and green lanes, the weasel he finds dead outside his door and the squirrels that raid his beloved walnut trees. Nature entwines about his daily world and his house like ivy, and keeps a passionate hold on our attention. He writes as if everything matters dearly.

One day when he was 17, a policeman came to the door and told him his father had died on the Underground. That moment, he considers, was what made him into a conservationist. I was wanting back what I had lost, he writes. I wanted my father back. I didn’t want to lose anything anymore. Does this matter? Is this too personal a base? Too emotional a base? Not philosophical enough? Not the right reason? 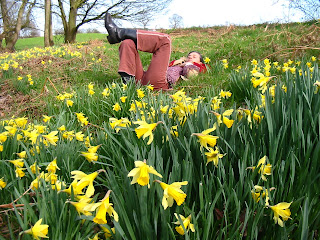 Daybreak. Sun now coming up a big red ball over the sea. The jackdaws have started their nest construction business in the chimney. Rattle rattle goes the television aerial. Jack jack goes the conversation. Soon Mark will go downstairs to check on the progress of the seedlings in their trays. The conservatory will be filled with the scent of tobacco flowers.

When we started Transition two and a half years ago Reconnection with Nature was a big topic. We understood it as an essential part of the seachange humanity needed to undergo. We all wanted to go on walks together and tune in to trees. Deep ecology was the phrase on everyone’s lips. And then the subject disappeared. Partly because nature is a thing you can’t really do with other people, sitting in a circle, or conversing on a Sunday walk. You can write about it, but you can’t talk about it. It’s a solitary thing, a certain focus of the heart. It has to do with making relationship with other lifeforms –with stones and plants and animals and the North wind, with your deep memory and sense of belonging. Deakin doesn’t talk to people in his notebooks, except his friends and even they they don’t get much of a mention. What absorbs him – and us - is his relationship with the physical world. He’s clocking everything, treasuring everything, day by day, month by month in his last years.

I had lost such a big part of my life that I needed to compensate by holding on to everything.

You can’t reconnect with nature in a room, in a meeting, or with your rational mind, however well-intentioned you are. It’s a whole body, whole life absorption, which is why most people who are connected with the earth have had powerful and dramatic encounters alone in deserts or up mountains. Or they work with the land and with their hands, as Deakin did. It needs to matter, as a matter of life-and-death. As dwellers of urban worlds, we are told the earth only matters insofar as we need its resources to maintain our lifestyles. We live a trapped life of the mind and see the earth as “environment”, a backdrop for our all-important dramas. We are cynical and incurious. The fate of small moths and hornets at our windows does not concern us. To strike up a friendship with the pheasant that struts in his technicolour dreamcoat across the garden seems absurd or sentimental. 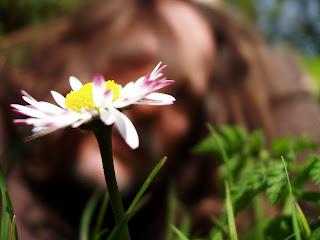 To get back in synch we have to immerse ourselves in the world of colour and shape and beauty, the intelligence that is in all living things and see ourselves within the fabric, not apart from it. And this work, this practice, is as essential as reskilling ourselves, or reducing carbon emissions, or growing our own vegetables. Because when we do we break with our need for complex consumerism and fantasy that are a poor substitute for the powerful connection with life. We will then be happy living in a plain and frugal way.

The reason I’m writing about Roger Deakin today is not that he writes great nature books, but because in those books he lives a life that is close to the Transition aesthetic and he makes that life something tangible and desirable. He only wears second hand clothes, he experiments with cooking on an field stove, he works with hand tools, he cycles, he walks. It is a rich and alert life completely in synch with the natural world but it’s also in touch with the intellectual world and the world of imagination. I’m telling you this because sometimes writers can take you to that place you think you might have lost but is always there, just outside your door. I found my connection with plants when I lived in the city of Oxford. I read a book that said anyone can connect with flowers. And so I walked out and found them. 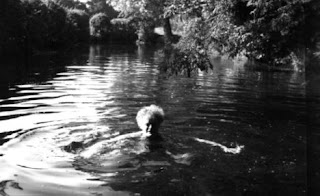 It doesn’t matter where you live. What matters is the attention you pay. Most people paid attention to the buildings in Oxford, its university, its great tradition, I sought out its street trees, canalsides, botanical gardens, wastegrounds and parks. And when I did I found I lived in another place entirely. A place in which the humble dandelion and daisy is king. And that’s what I wanted to say. That world is here now on this beautiful morning. It’s always here, in England, in spring.