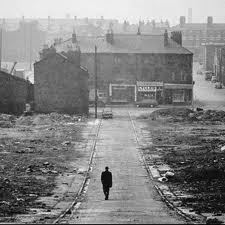 En route. We left around 11. Dan (Transition Ipswich) picked me up in our rain-drenched lane and we talked medicine plants non-stop (he’s a herbalist) as we wound down small Suffolk lanes until we got to Diss to collect Gary and then more windy Norfolk lanes until we found the last member of the Transition East road crew, Simeon (Norwich). And then we hit the A11. It was serious motorway driving after that. 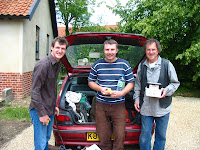 We talked Transition - economics, politics, community farms - as the towns and flowers flashed past, Cambridge, Crewe, Birmingham Derby. Rosebay willowherb, soapwort, Himalayan balsam, great mullein. The M6 got snarled up. Transport tweets went flying as.the Transition Network bus got held up outside Wolverhampton and we got stuck at Stoke. " If we don’t make it by 7 you’ll be punished," said Dan. "What with?" I asked. "The Archers," he replied "And a gin and tonic". A150, M6, M62 and finally Hope University. 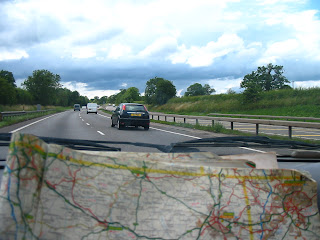 The gin was delicious. Lemon, no ice, 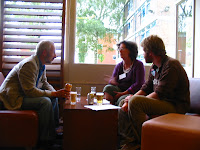 Full-on meetings began immediately. Here’s Mike Grenville (Forest Row) discussing one of today’s fishbowl sessions on Activism with Adrienne Campbell (Lewes) and Ian Westmoreland (Heathrow).Off camera I’m discussing the two workshops I’m helping run on Communications and the Media this morning with Chris Wells (Kensal to Kilburn) and Social Reporting with Ed and David Wilcox. We're also inviting people in the bar to interview each other on video and then uploading on the Transition network site.

What are you expecting from the conference? Haven’t asked myself that question yet. One thing I do know it’s a busy day ahead. I’ll keep you posted from our Media Action Station between sessions. . . .but first breakfast! 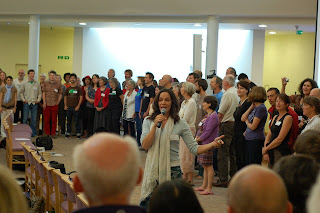 Later. Can you believe it it's now 7pm and I'm off in search of supper. Not stopped or had any time to blog AT ALL: theme group preparation, meeting, mapping, singing, interviewing, workshops, fishbowl (on financial instability), lunch, meeting Kerry, 5 Rhythms dancing. Am at the Station opposite Ed uploading videos, next to Chris and Paul working out a media strategy. We're all off to find some supper . . .

11.30pm The bar is in uproar as the band play their last song (especially from the Portuguese delegation). Outside my window everyone is still sitting on the lawn discussing the day's events. Jay Griffiths who gave a talk on the Politics of Kindness, the Transition film crew, the storytellers, the conference organisers, people from initiatives all round the world. Transition Barcelona are telling everyone about the Indignados of Spain. If there is a different mood this conference it is undoubtedly to do with politics and finance and finding a language in which to discuss these things among ourselves and those we meet.

Walking to the Chinese take-away down the street with Helen (Matlock) we discussed social enterprises and living on the edge and how her initiative's CSA has been paying for her organisational skills in food and wood. "It's not time for playing anymore," said Mike. "It's got to work."

Meanwhile the singers outside my window are singing through the night:

Hey Jude don't be afraid, Take a sad song and make it better . . . well, we are in Liverpool.

Photos: Still from Of Time and the City by Terence Davies; Transition East gang about to hit the A11; which way?; Mike, Adrienne and Ian in the bar, Hope University, Liverpool; singing a welcome song from Guinea at the morning gathering; Peter Lipman interviewed by David Wilcox.