The Spirit of the Beehive

In 1923 the philosopher and seer Rudolph Steiner gave a series of lectures on agriculture in which he predicted the future fate of the honeybee. Mechanical beekeeping practices were putting these creatures under high levels of stress and interfering with their natural cycles. In eighty years' time bees will face a crisis, he said, and because bees are inextricably linked with the human world, we will also. 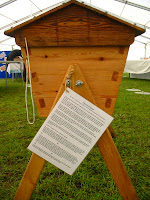 The honeybee has worked her delicate symbiotic relationship with the plant world for millions of years and for as long as anyone can remember the sweet substance she makes from the nectar of flowers has attracted the attention of human beings. Still today men will climb trees in the deep forest to steal honey for the benefit of the tribe. It is a substance that no man can make himself - its flavour and density changing from flower to flower. From the light and delicate orange blossom to the deep resinous flavour of pine trees. Only when civilisation came did people begin to cultivate and control bees and provide them with hives. For hundreds of years people chased out or killed colonies from their skeps at the end of the honey season in autumn. Now they feed them with sugar to substitute their foraged winter stores and it is this practice, along with manipulating the queen and her colony and the damaging use of pesticides in our agricultural systems, that has precipatated our present world-wide collapse of honeybee populations. 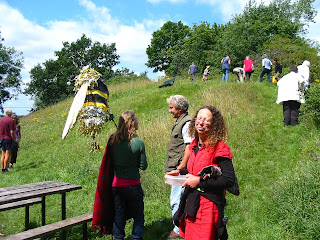 It was in response to this crisis that we began Bungay Community Bees in 2009, a small Transition project that was the first Community Supported Apiculture in the UK and caught the imagination of bee and flower lovers everywhere. Last Sunday we held a Bungay Beehive Day in “celebration of the honeybee and other pollinators along with the plants they love”. We held it in the local festival marquee on Castle Meadow and though it was a first-of-its kind event it attracted the attention of people from all over East Anglia. Because, no matter how dark and difficult the times, there is something the honeybee colony has that brings people together in a certain spirit. And it is this spirit that Steiner referred to when he said that, in spite of the crisis, the evolution of people would follow along the lines of the honeybee. 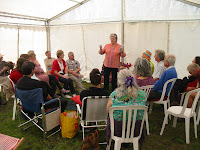 It’s not personal, said Margie from the Natural Beekeeping Trust as she described the way bees work with each other and the world. The Trust promotes a move away from commercial beekeeping practices towards a harmonious relationship with the bees and a respect for nature. She was opening a series of talks we organised that ran along with our information stalls, bee and flower walk (conducted by Mark), display hives and children’s activities. And though there was respect for the scientific method the talks we gave that day were about something else. 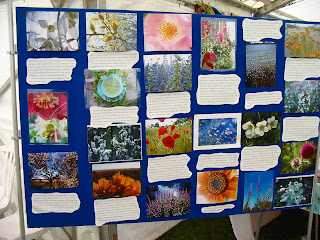 People say they have done Transition for years, they don’t need to be part of a Transition group, or they try and hide the Transition word at all costs from their friends and community and pretend it is something else, something less challenging, less well . . . evolutionary. But the fact remains it is evolutionary. Not in the way Steiner or a scientist might describe evolution, but because it is effecting something people have not done collectively before, which is to live in harmony in nature and with each other, having spent millennia living against nature and against each other. 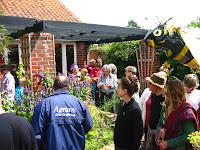 The two spheres – human and natural - are indivisible. Those that feel they don’t need to join the Transition movement because they have championed the environment for decades sometimes forget that this is a social movement. And those that feel it’s all about community and people also forget that it is based on permaculture and our right relationship with places and plants. Something has to bridge those two worlds in our imagination and in our actions and no creature does it more effectively, more elegantly, more beautifully than the bee.

The honeybee was first cultivated in ancient Egypt and has been used as a model for social organisation within civilisations, from kingship to socialism to Buddhism. Hive mind is something that is both sought by controllers and feared by the controlled. However this is to entirely misunderstand the organisational field bees operate in and what that feels like. 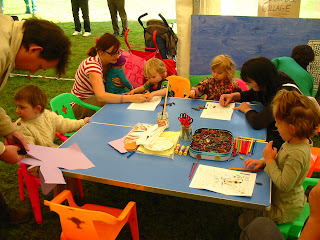 Imagine you are in a hive, I said the schoolchildren as they sat by their computers in May. It’s warm and dark in there (20c) and scented with flowers and there is a hum that resonates inside your body. It is one of the cleanest and sweetest-scented built environments in the world. The bees fly out into the sunlit world and they return with the sweetness of the earth. The queen is like the sun in the solar system and everything in the hive is organised around her creative powers. Everyone has a role and knows what to do.

You don’t understand the field with your mind, you understand it with your heart and your physical form. It’s a different order of intelligence altogether. 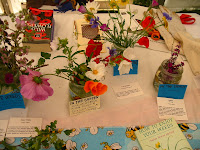 It’s hard to talk about the organisational intelligence of the heart, because we are a cold-blooded mind culture, addicted to competition, fantasy and domination. We worship science and reason and champion our above-it-all powers of control and give little place to the warmth and beauty of our natural beings that love to work in co-operation. Publicly we do not acknowledge the effect of high or low vibration in the physical world, even though privately we respond in every moment to atmospheres in rooms and people. Joseph Beuys the activist-artist, once set up an installation called Honey Pump in the Workplace, inspired by the lectures Steiner gave. He contended that if you provided the right conditions people would naturally communicate and work together in harmony. You don’t have to explain anything people just "got it". The warmth and vibrancy of natural substances related to the warmth and movement of our blood and activated the higher centres of our consciousness: thought became imagination, feeling became inspiration, and will, intuition.

It's that natural harmony we are trying to get to in Transition. It’s a hard slog because the mechanical forces that keep us within the unnatural system of civilisation, that stop us swarming, that overwork us, seem stronger than our natural instincts. Our immune systems have been weakened by the chemicals we have been absorbing for decades, and the powers of the sun that emanate from all creative people within the collective have been routinely excluded or they have had their wings clipped. 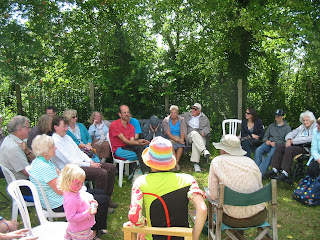 And yet if we provide the right conditions people come together and things change quickly. Those sunny creative forces emerge from within and affect the whole. As soon as Bungay Community Bees was formed the whole initiative underwent a shift of mood and tempo, meetings suddenly got easier and more coherent. Other projects started up. Within the town council where there had once been mistrust and dismissal, there was interest and acceptance. The local newspapers ran full page stories, local radio and television interviewed our first beekeepers. On Sunday an estimated one thousand people came to the workshops, talks, walk and to visit the stands and stalls. 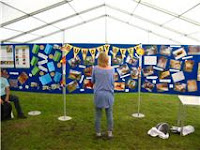