Love in the Network 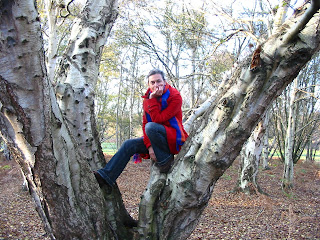 I am unashamedly, devotedly, a blogger. Never happier than facing that blank page at dawn, thinking as I do now: what on earth shall I write about today? A unsung painter once told me: artists always go back to their first love. And so, unequivocally, I returned in 2009 to putting words into empty spaces. For years I lived without true love, without a deadline. I had other affairs. I roamed the realms of plant medicine and dreams, traversed great geographies and met extraordinary people and I loved them all passionately. But something was missing. When I climbed trees and looked across the land I had no one to tell about my experiences.

Because as every writer knows words only come alive when they are read. You can't tell a story if no one is listening. You can keep notebooks and write manuscripts that gather dust under your bed but all these are a substitute for the real thing. In blogging I discovered, as thousands of other bloggers have, that you didn't need a publishing house or a newspaper to exist. As soon as you blog you become a part of a vibrant web of communication. Now alone in this birch tree on an ancient tumulus, thinking about the planet in a state of extreme shift, I find myself working alongside thousands of others in the cities, mountains and forests of the world. 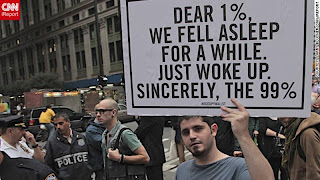 So this is about the people who make that happen: my blogging colleagues. Because blogging not only liberated me from silence and solitude, it allowed me to work joyfully and productively with my fellow Transitioners, with Jon and Mark and Simeon and all the Norwich bloggers, with Mike at the Transition Newsletter and Ed at the Transition Network, all the regular writers and guest editors on the Social Reporting Project and people that I met as I set it up - from those who came to the talks on communications at the Sunrise Festival to the media team at the Transition Conference. With Adrienne Campbell (TT Lewes) of 100 Monkeys, with Shaun Chamberlin (TT Kingston) of Dark Optimism, with fellow writers at the Dark Mountain Project and the crew at the One World Column. Becoming a Transition blogger gave me licence to investigate, reflect, be creative, give back and make friends in a way I could never had imagined two years ago when Jon and I sat down before the empty screen just before the Transition Norwich First Birthday Party at Unit 5 (our first post).

Sometimes love redeems you from obscurity in a way you can never imagine, it comes out of the blue and rescues us from living a meaningless life, without relationship. It gives us all a second chance. 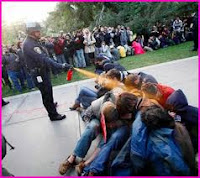 Each morning I scan the tweetdeck for three or four retweets (for those who don't know this ace tool, it's a way of looking at four or more columns of tweet lists at a time). I look across those columns and the stories jump out. Each one of those links leads me to a blog and this now is how I see the world beyond my personal experience. This is how I know there are some bold and articulate writers and thinkers out there. Most of us writing for free and against the odds, looking at the big picture, facing reality, coming up with new moves, not losing heart. Providing coherence in a time of dissonance. As Mike Grenville described in his post on Navigating Change and Community Chaos, we are the imaginal cells of a butterfly meeting and joining up, while a rapacious caterpillar world violently resists our emergence.

We're creating a new kind of communications network that is not dominated by highly selective (and often manipulated) mainstream media, intent on fostering antagonism, 1% obeisance and consumer desire. We're writing because the world-in-Transition is created by forging new kinds of links and connections. We re-imagine this future through reading about what is happening, by tuning into the zeitgeist, by getting smart, and becoming empathic with our fellows. And most of all because we desire to wake up and live in a collective truth that has been kept from us. As Laurie Penny (Penny Red) wrote this week in the New Statesman reporting from Zuccotti Park on police brutality and citizen journalism:

Many of them are not even journalists in the traditional sense. Increasing numbers are bystanders, interested amateurs, or members of the occupations themselves, shooting footage on phones and pocket cameras, writing up eyewitness reports on Twitter and Facebook.

You can bar every reporter from the scene of a camp eviction, you can pen them way away from the action and rip off their credentials when they complain, you can arrest every single person with a press pass, and there will still be recording, publishing and broadcast technology beyond any 1990s news editor's most nicotine-addled fantasies right there in the sterile zone. 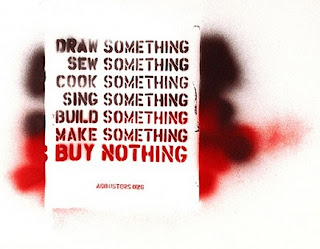 My blog of choice for this week is the Energy Bulletin which is a nexus for many finger-on-the-pulse, thought-provoking posts, particularly at this point about the Occupy movement, which has appeared in the "blogosphere", like a flash fire, igniting the indignant hearts and minds of people everywhere. Uprisings in Tahrir Square and the plazas of Madrid and Athens provoked twitterstorms and blog commentary, but the Occupy movement that began in New York has opened the floodgates of the English speaking world.

Social justice, the environment, food systems, peak oil and Transition are some of the key subjects of this fast-moving productive blog, edited on both sides of the Atlantic by Transitioners, Bart Anderson (Palo Alto) and Kristin Sponsler and Simone Osborne (Bristol). It was adopted by the Post Carbon Institute in 2009 where (where peak everything, Richard Heinberg is a Senior Fellow-in-Residence) and is a vital "clearinghouse for information regarding the peak in global energy supply":

We publish news, research and analysis concerning: energy production statistics, models, projections and analysis articles which provide insight into the implications of peak oil across broad areas including geopolitics, climate change, ecology, population, finance, urban design, health and a range of information to help people prepare for peak energy, such as renewable energy information, alternative financial systems. low energy agriculture, relocalization... [and] any other subjects that could lead to better understanding the implications of an energy production peak.

We welcome original content, and we especially invite industry insiders, independent researchers, journalists, specialists and activists to submit their insights relevant to these issues.

The Energy Bulletin also publishes some of the blogs from This Low Carbon Life and the Social Reporters (Yay, many thanks!), where they enjoy a different and wider readership. Cross-posting and retweeting is part of this new butterfly effect. Check them out!

Up a birch tree; photo from Shaun Chamberlin's post on Economy for the Social Reporters Project; Buy Nothing Day poster from post by Lindsay Curren of Transition Voice; from TN's First Birthday poster, designed by Andy Croft, first post on This Low Carbon Life.
Posted by Charlotte Du Cann at 17:54