powaqqatsi or breaking the spell 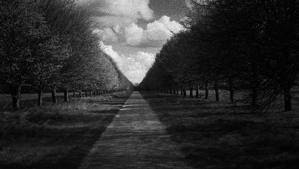 (Capitalism) has conjured up such gigantic means of production and of exchange, that it is like the sorcerer who is no longer able to control the powers of the nether world whom he has called up by his spells (Karl Marx)

It's a new house by the river. It's not the Antilla mansion that Arundhati Roy writes about (where I found this quote) in her searing portrait of industrialisation and land grabbing in India. but it's big. A gleaming white monstrosity, overlooking the silvery River Blyth, its dun-coloured marshes and water meadows, all the way down to the sea. A big house with a view, the kind of mausoleum that Sebald might have written about in his melancholic walk, contemplating the rise and fall of Empire along this coast.

Something about this house strikes me: the way it is so out of synch with its surroundings, exuding its "mystery and a quiet menace". It would be more at home in Malibu or on the Riviera. And yet being at home is not the point of such places.

One of the meadows it overlooks was once known as Bloody Marsh. It was named after a battle in 1624 when the landowner, Sir Robert Brooke, set up a boarding house for men and dogs in the village of Walberswick and four men were killed trying to maintain their commoners' rights. The enclosure of common land in England began with the Norman conquest, with the foreign kings who claimed the wild forests for their hunting grounds. It was completed by Parliament who claimed the rest of the wild land for agriculture.

Reading Roy's account of the relocation of people in the forests of India, of millions of villagers displaced by the building of giant dams, hounded by armies hired by corporations, of all the present land grabs that are resisted in Guatemala, Africa and China, is to see a certain pattern prevailing in the world. We forget we were once those indigenous people; that the Sandlings of Suffolk suffered the worst pauperism in the country. We are unaware that we have inherited a story that justifies such monstrous deeds. But most of all, that we have been led believe that to live in this big house is to find our rightful place in the world. Our own fairy palace.

"They are so powerful," I am sitting next to Anthony Smith who once came to our Transition Stranger's circle and introduced the documentary, The Age of Stupid (which he helped fund) at Cinema City just before Copenhagen. Things are depressing at 10:10. There is not enough money and the political and corporate climate deniers are vociferous.

"They are so powerful," I am sitting opposite Ross Jackson, writer and businessman from Copenhagen, whose book Occupy World Street is just about to published. We have all just been to a talk at the Assembly House called Guardians of the Future where he explained his road map for a new economic future. I am talking about shifts that happen on ground level. I have worked with grassroots organisations for years, he says, what we need is a new political structure.

I am not a politician, an economist or a business man. But I am a writer, who knows human history depends on the decision of a people to follow a storyline, or change it mid-sentence. All narrators, by dint of their craft, are prodigious rememberers. It is their job to remind the people of the right way to walk the earth. Trackers of the collective imagination, they learn to recognise an illusion when they come across it: they hold it up to the light and test it against the physical reality of space and time. 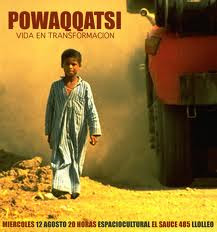 Storytellers know, for example. that is no sorcerer is powerful for ever, that all trances can be broken. At some point the small child, the youngest daughter, the third brother, the fool, comes and challenges the magician, cuts through briars and restores beauty to the kingdom. One day the sister runs widdershins and finds her brother trapped in the lake of reason. He or she doesn't believe in the stories, and so asks the emperor, the fisher king, the boy with the frozen heart the question that breaks the spell. How come you have no clothes on? What is wrong with you, man? Shall we go home?

As folk tales and history tell us: you never know when those people arise. The Arab Spring showed us tyrants can be toppled. Whole autocratic regimes can collapse overnight. The Berlin Wall can come down. Aung San Suu Kyi can be released from house arrest. The big houses along the East Anglian seaboard can fall into ruins. These are not big moves organised by PR agencies or oil barons. These are moves of small and ordinary people, holding out for something else. They are the spirit of the times.

Maybe it's because I spent a decade looking at the frills and furbelows of the ancien regime, documented its predilection for glamour and grand views. Maybe when you are brought up in the ambitious atmosphere of politicians and public schoolboys you can see and feel so clearly how everything is done at the expense of the human heart. Like dragons, the 1% amass great hoards and compete with each other, in a world constructed entirely of will and ego and its unbearable self-pity and self-importance. How everything depends on the 99% believing in the ultimate superiority of a fairy-tale elite - presidents and queens, stars and celebrities.

The story we are taught to believe in is the story of power. Power sends everyone in the room and in the world into a trance. What breaks its spell is not to desire that power, nor any of the material things it brings, the big house, the sweetness of revenge. It is to know deep in your inner core that those who live out their dragonish nature at the expense of their hearts, never inherit the kingdom. And nor do the servants who worship, or despise them. 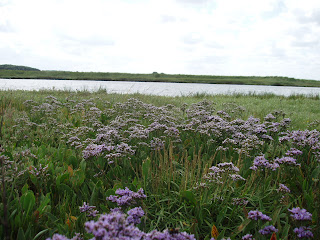 What has this to do with Transition? We are the small people in the villages and neighbourhoods, eating in our community kitchens, sharing our tools and produce from our gardens. We are the people walking by the mansion on the way to the river, who know the territory inch by inch. We are the people who tell each other a new and ancestral story, who live within the generous aesthetic of the heart, and not in the rulership of the will. We are commoners and we are not alone. We walk alongside millions of people everywhere, taking matters into our own hands. We are the people who know the way home.*Powaqqatsi is the second film in a trilogy by the director Godfrey Reggio. The word comes from the Hopi language which means "parasitic life" or"world made by a sorcerer at the expense of others".
Avenue to the Big House from Patience (After Sebald); Huichol people defend their ancestral land; poster for Powaqqatsi; the river Blyth
Posted by Charlotte Du Cann at 10:14