Searching for the Narrative

6AM. It's going to be another beautiful and rainless day. Downstairs the field beans are soaking ready to be made into hummus, trays of wallflowers and strawberries I collected from Rose last night before our Bungay core group meeting waiting to be put into the ground, my spade, reforged by David, waiting by the door.

When I finish this blog, I'll upload our third "Letter from America" onto the Transition Network site. It's from Fred Brown in Transition Pittsburgh, a city that has been in decline for decades since the steel industry closed down. The hummus is for the TN Blogger's meeting tonight at Simeon's where we will be watching In Transition 2.0 and organising the rota for the spring and summer. Before then we'll be going to Kev's for our Dark Mountain Norwich meeting. Ah, another day in Transition . . .

The Dark Mountain Project is launching its newlook website and blog tomorrow. Amongst the information about the Festival in August and excerpts from the first two books (third collection in July), you can find the manifesto which began this cultural movement in 2009. At our last meeting we read the Eight Principles of Uncivilisation out loud and discussed how these principles worked within our lives. We are keen to create an uncivilised event in Norwich, but we wanted to get clear on how to embed our ideas within the frame of the project. It's easy to agree to a principle in principle. Connect with nature? Sure. Find a new narrative? Sounds good. Putting that principle into practice with one another is another matter. How do you connect? What is the story? Can we go out and tell it, and where do we start? 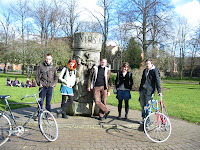 This is not an easy time to find commonality. Not because we don't have things in common, or because we don't care, but because the stories of individualist success we live by are hard to relinquish, and it's equally hard to know how to begin a new one. How, for example, does a city built on the American Dream, speak about its failure? How do we as an urbanised people find a way to live in synch with nature, how can we find value in a culture where everything and everyone is for sale, how do we make good our place in the world? How do we tell the story of collapse without collapsing ourselves? 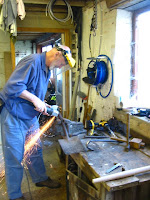 These were some of the kick-off points in the early Heart and Soul explorations, before we became immersed in Transition projects and doing stuff. This was the place you could find at any Occupy assembly from Hay Hill to St Paul's and discuss economics and our common destiny, before the camps got evicted. It's a key conversation between people and it seems clear that we need to keep having it. Because we live in a know-it-all civilisation in a time when we know nothing at all. We are smart as hell in our minds, and so very very dumb in our hearts. We have skills and experiences honed in solitude, in specialist workplaces, but to get to tell that new story, we have to find a way to share our skills and experiences with people who know nothing about us, or us about them. We have to keep remembering and not forgetting, not getting lost in the trance. In the broken neighbourhoods of Pittsburgh, in a student house in Norwich. In David's Flixton smithy with my broken spade.

How do you begin? First you make the space and time and the agreement. You talk straight-up, without romance or self-importance, unafraid of sounding like a fool. Most of all you listen.

Here is Kev in his notes to us: "First off we talked about about the place of humans in nature - how this contact is enhanced by immersion, hallucinogenic plants, dream exploration and journeys. We discussed needs, wants and how the vast majority of humans have lost sight of the negative environmental impact of civilisation. We went on to discuss that city views are only one story and discussed examples of indigenous communities who have other approaches to city life. We discussed the Eurocentric and humancentric nature of acquisition and its impacts. 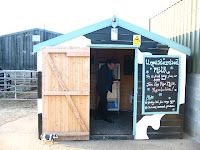 We moved on to discuss a second theme - of the stories underpinning civilisation - not only exploring the myths (included in the principles) but also the place of other stories in child- and adulthood. We agreed we often understand and give meaning to the world through stories - there were different interpretations to stories, e.g. Cinderella is to 1) illustrate the desirability of the monarchy and/or 2) kindness leads to reward and/or 3) deeper meanings relating to fire, alchemy and contact with animals and other dimensions. In exploring myths we discussed power - how it is created and maintained and how mapping (of territories) can distort ownership and belonging.
We discussed left and right hemispheres, McGilchrist's book (The Master and His Emissary), the animated film based on it (The Divided Brain), and the brain scientist who described having a stroke on YouTube. This led to further exploration of the importance or otherwise of religious interpretation of events, of the presence of spirit and spirituality and their differences. We discussed the place of science in power politics and interpretation of existence, ideas of abundance, hierarchy and the gift economy."
At the point we talked about values in Ava's front room that night, with Kev and Mark and Diana, I had a strong desire within me. It was for fresh water, that came from the earth untouched.

"I would love to have a spring of pure water in my neighbourhood," I said. Where you could go and drink straight from the source, the way you can from fountains in some towns in France. It felt, in that moment, more important than anything else.

Outside the ponds of Suffolk are empty and it's another dry spring. There is a well in my garden, but it is cemented over and polluted from all the nitrates in the fields. All the water I drink has been treated with chemicals, or comes in a plastic bottle with a price on its head.

There is a myth in England, known as The Fisher King. It is famous now as the courtly story of Parsifal and the Grail legend, a strange and complex myth, that is commonly interpreted in terms of Christian redemption. It's deeper origins however are more earthly. The land of the wounded King is laid waste because the "well maidens", the springs, have been destroyed by him and his men, and are no longer held in reverence as life-givers.

How do we start the story? We begin at the source. First things first.
Abandoned house in Pittsburgh by Michael Goodin (Creative Commons); some of Dark Mountain Norwich crew in Chapelfield Gardens; David reworking the spade, Mark collecting milk at Johnny's, Flixton; at a waterfall in the cloud forest in Ecuador, 1992.
Posted by Charlotte Du Cann at 10:15