We Don't Talk About That Kind of Thing Around Here 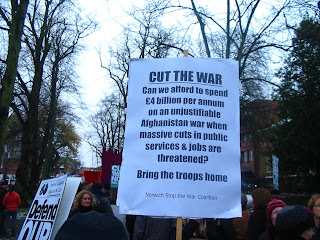 For a long time there were two subjects you never talked about around the table: Politics and Religion (you weren’t supposed to have any emotions either but that’s another story). They were considered dangerous topics. So it wasn’t until I went to university and fell in with a crew of Northern working-class radicals and lived in the slums of Birmingham that I discovered my political self. Not until I took a class called Politics and Religion in the English Revolution did I realise how whole populations can be controlled and changed by ideas. Not until I met Mark and travelled to the high mountains of South America in my mid-30s did I know anything about spirit. I could have spent my life avoiding both experience of and contemplation on those big shapers of human destiny.

If I had stayed obedient to the polite rules of my upbringing, I would never have discovered my innate radical nature: the ability to change myself at the root and thus the world I lived in. Transition, equally radical in its vision, has up to now also avoided the P and the R word. We have in our initiatives focused on the positive aspects of building a resilient community, priming ourselves to downshift into a low-carbon economy. But the climate of the world is changing and with it its mood. In spite of a distracting and manipulative press, we are as people getting smart about a lot of subjects that were once the province of professionals. As our consciousness expands and thousands of grassroots movements across the planet push upwards, so the corporations and those who wield power on their behalf push us back down. And push down hard. We want things to change radically in terms of social justice and the environment. And they really don’t. 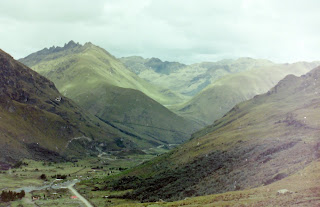 Last week Rob Hopkins published two long articles on his blog, Transition Culture. One was about The Big Society and the other a response to Michael Brownlee who was calling for Transition US to evolve and split from its original genesis in Ireland and England. His argument, as Mark mentioned last week, is that "the Sacred" needs to be at the core of the movement, in the same way as Christopher Alexander’s A Pattern Language (the seminal design work on which the new model for Transition is based).

The Network decided to endorse neither, for many clear and cogent reasons. It was a relief, not just because I had no desire to go along with a Conservative agenda (or for that matter a split from America), but because a social taboo was broken. The upper classes avoid talking about Politics and Religion because they know they are based in the ruthless power of the will which once unleashed can break up dinner parties and the fragile relationships between guests. Transition has avoided them for a similar reason. They separate and divide groups and can lead to non-constructive discussion and actions. Encouraging the energy of against rather than for.

However these historical forces need to be out in the open. We need to be aware of what we are up against and how power and ideas can split people into factions. This is a time for coming together, not defining differences according to country, religion, class or political party. The ability to bring diverse peoples together and work as a composite is one of Transition’s greatest strengths.

So my own response from the waterlands of East Anglia to Brownlee in rocky Colorado is that the core of Transition is the collective heart of people, not an abstract “spiritual” force, or worse still some non-human entity with apocalypse on the agenda. Climate change is scary enough without the threat of raptures and purifications as well. Transition is essentially about descending, not ascending or transcending. We need to be down-to-earth and very human indeed to make it to the lifeboat.

Having cosmic moments on mountains and enlightenments in forests are a matter of personal perception and destiny. They are internal and extraordinary events. But they don’t cut the biscuit when it comes to community, to reconfiguring the way we do ordinary things like reducing carbon emissions or exchanging skills. Spirituality does not make a good common ground between people as it is neither common nor ground. The archetypal world in which most spiritual systems operate is hierarchical and lofty: it turns ordinary modern people into gods and priests, gurus and shamans, pure, elected, evolved and way above the non-sacred folk on this so-called non-sacred planet. 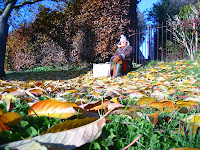 I spent 17 years investigating “the shift of consciousness”, reconnecting with the earth and reading all kinds of right-on spiritual works. By 2008 I was well connected with nature but alone when it came to my fellow human beings. It wasn’t until I joined Transition that I could really talk with my neighbour as myself. Any encounter with the planet right now would direct us towards people and neighbourhood, to break down the barriers between us: because it’s not trees or rivers that are the cause of our planetary dilemma. It’s our civilisation.

The best use of spiritual knowledge any of us might have gleaned from practice would be to dispel our civilisation’s grand illusions (including spiritual illusions) and to bring fellow feeling into play. We do not need to be further separating ourselves into holier-than-thou communes. Or escaping into “woo woo” worlds. Or criticising Transition because it doesn’t uphold to our grandiose ideas of ourselves or how life should be. We need to get our feet on the ground and start forging a common language, a culture that makes sense of energy descent. Most of all we need to unlock and share our practical and creative genius and work together without falling out. 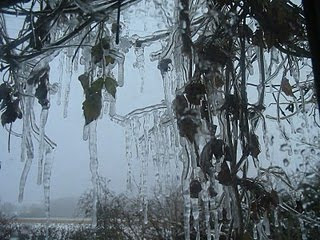 The structure of the Transition Patterns or Ingredients are there for everyone to use in their own initiative’s style. If we engage with them whole-heartedly they will bring rewards. Even if we took just one and worked with it as a practice within our community. Alexander’s A Pattern Language is more creative than spiritual. There is great poetry in the patterns and their relationship with one other, as Alexander makes clear in his introduction. There is great poetry in what Transition is doing. But we talk to each other in prose. That’s important. Many of us recognise the cosmology that Brownlee is writing about, but to seek to live everyday in those kind of “sacred” dimensions is ultimately isolating. We don’t meet each other in the dreamtime. We meet each other here.
Banner at the Great Norfolk Anti-Cuts Demo; path up the mountain, the Andes, 1992; sitting under the neighbourhood cherry tree, Southwold 2010; patterns of ice outside the kitchen window. Photos: Mark Watson
Posted by Charlotte Du Cann at 10:28