Our topic weeks began in March 2010 with an elephant in the room, Flying. Several of us were engaged in the Transition Circles at the time and the effect of personal carbon reduction within the initiative challenged many of us to (literally) walk the talk. It’s easy, for example to hold forth academically about peak oil, to feel instinctively that climate change is Important, but on the blog we wanted to ask the difficult low carbon questions of ourselves: were we still taking the plane? Did we shop at supermarkets and eat junk food? What were we doing about waste in our households and neighbourhoods, physically, actually, really? And was “community” just a word we used to cover up our splendid isolation, or were we in fact creating the kind of downshift culture we dreamed of by writing its new narrative, every day, on time? 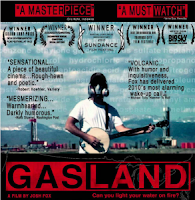 The intent behind the topic weeks was to connect those dis-connects and brings those very real personal and political interests together. Resilience within eco-systems is due to its biodiversity. Many solutions to different challenges that come about due to the whole system being in communication with itself. Transition is a deliberately diverse practice and its media needs equally to allow as many different voices to be heard.

So the topic weeks always aim to include several positions on certain key subjects and not limit the discussion to one Transitionally-correct opinion. On This Low Carbon Life we have bloggers who are involved in this cultural sea-change at all levels of engagement, from toe-dipping to whole body immersion. All of us have different perspectives, different commitments.

But all of us are on the beach. 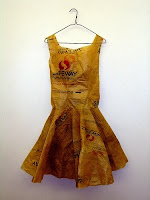 This year we have looked at thirteen different subjects, led by one of the bloggers who organises the rota, introduces the week and acts as a temporary editor. This year has included Elena (Autumn, Books and Waste) , Charlotte (Gatherings, Spring, Fashion) Mark, (Deep Nature, High Summer), Chris (Climate Change, Buildings in Transition), Kerry (Happiness, Christmas and Midwinter, Transition Basics), Jon (New Year, Transition Postcards, Health in Transition). Keep an eye out for Best Blogs led by Jon and Sustainable Livelihoods led by Simeon this autumn, Meanwhile here is Kerry just before she left for Glasgow summing up the Happiness Week.


My blog today was inspired by the TED talk by Laura Trice that I have included above. She encourages us all to genuinely thank each other more and to be honest about the praise we need.

The value of praise
We are bought up thinking that saying thank you is just good manners, part of social convention, as arbitrary and subject to change as the custom of shaking hands and one of those things that 'young people these days, have no(ne of)'. But as we grow up we realise the underlying value of saying thank you, the value of praise. We realise our need as a species to have our efforts recognised and appreciated, as a way of feeling a valued part of our communities.

Having worked in several different organisations I have experienced first hand how much difference it makes to feel that your work and efforts are being recognised and valued. For a start it motivates you to keep going and to try harder for the organisation, it also makes you feel happier and more content with your job.

However, saying thank you is not just important in a work setting. Thanking people is such a small effort from you, but can make such a huge difference to how the other person is feeling, especially if they are very busy and/or stressed. I think if we all took the time to properly thank the people around us for what they do, rather than just assuming that they know we are grateful, then it could have amazing effects on our society. People would feel happier, communities would be stronger, people would feel less isolated, less trapped in a faceless world. One small gesture of human compassion could make a much bigger difference than you realise.

I find it all too easy to just not get round to thanking people for things, as Laura mentions in the video I some how feel a bit embarrassed by it sometimes. It is also so easy to assume that people know you are thankful, but even if they are, they are still going to appreciate a thank you! In our time poor world it often seems to be one of the things that doesn't quite happen, but I know what its like at the other side too, the slight disappointment and uncertainty of not receiving a thank you.

In a voluntary organisation, such as Transition Norwich, it is very difficult to ensure that everyone gets recognition for the effort they put in. Especially when there is not one person in control who sees everyone's contributions. However, it is so important as everyone is giving their time for free and wants to feel an important part of the community.
Thank you
So I would like to take this opportunity to thank some of the people that have put tremendous amounts of time and effort into making Transition Norwich the success that it is. Tully Wakeman, Christine Way and Chris Hull, who were all members of the original core group, put in lots of effort to get the whole thing started and have stayed very involved doing an awful lot of work behind the scenes without enough thanks. So I would like to say a massive thank you to them for all of their hard work. I would also like to thank Charlotte DuCann, Mark Watson and Andy Croft for being the biggest movers and shakers of the communications team to date, they are responsible for the website, the monthly bulletin and this blog and they have put massive amounts of time and effort in to making them so brilliant.

To all of you - we massively appreciate all that you have done and still do.

There are of course many other people who have made Transition Norwich the success that it is and I am very thankful for everything everyone has done, you are all amazing.

And thank you very much for taking the time to read my post and for being caring and conscientious enough to want to make this world a better place.
Posted by Charlotte Du Cann at 13:25